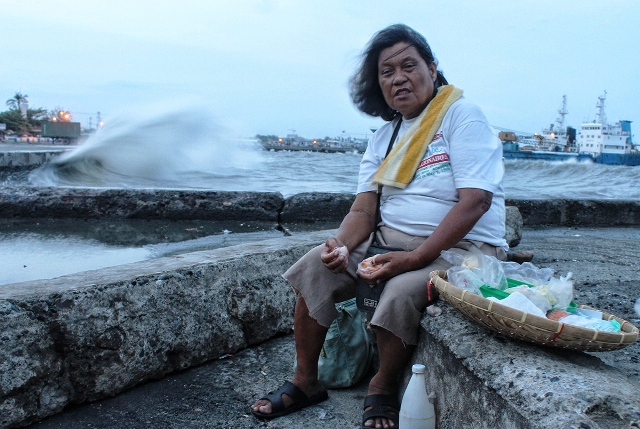 MANILA — While in Manila and much of Luzon the southwest monsoon has brought this week unprecedented floods, loss of lives, damage to property and crops, in Davao City in Mindanao, it brought huge waves and kept people out of the wharf.

For children, huge waves mean another reason for playtime, having fun and bathing at the seaport. 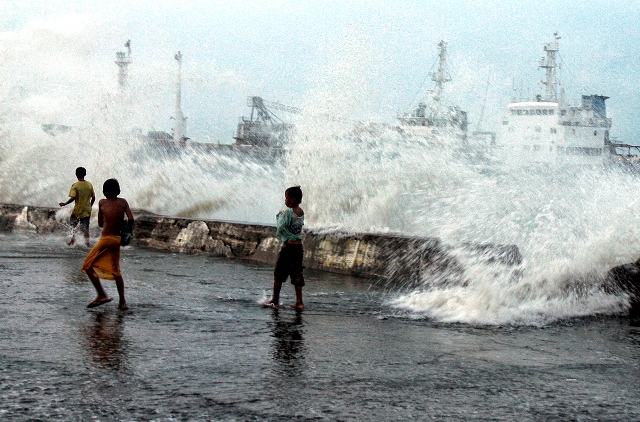 For other children, in Davao City or in Manila, it means sitting beside the family’s belongings, as this boy is doing. These are what they managed to salvage after huge monsoon waves wrecked their shanty last week in Punta Dumalag, Matina Aplaya in Davao City. 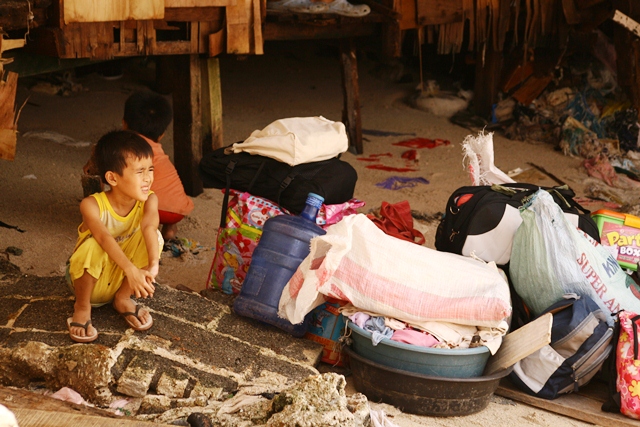 After the disaster and destruction — whether the government makes good or not on its promise to root out, once again, the cause of the people’s intense vulnerability to floods and typhoons and monsoon rains — the people devote themselves to restoration. Often by themselves, like this man in the picture. He is trying to restore the wall of his shanty after it was partially damaged by huge monsoon waves last week in Punta Dumalag, Matina Aplaya, Davao City. 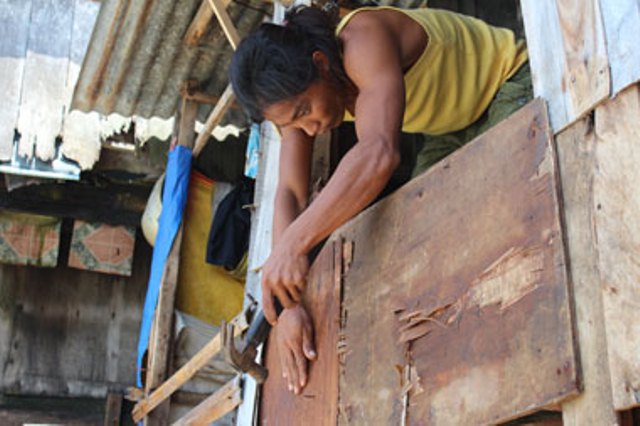