Asmayra Usman and her parents were sleeping inside their tent in the Mahad Nurul Ittihad Evacuation Center in Salbo, Datu Saudi Ampatuan, Maguindanao when members of the Armed Forces of the Philippines (AFP) encamped in Bagan village, Guindulungan allegedly fired their guns in the direction of the evacuation center.

MANILA — A four-year old girl was killed around 11p.m. on August 21 after being hit by a stray bullet fired by members of the military.

The Kawagib (Moro Human Rights) group said Asmayra Usman and her parents were sleeping inside their tent in the Mahad Nurul Ittihad Evacuation Center in Salbo, Datu Saudi Ampatuan, Maguindanao when members of the Armed Forces of the Philippines (AFP) encamped in Bagan village, Guindulungan allegedly fired their guns in the direction of the evacuation center. The sleeping Asmayra was hit on the left foot and the stomach, immediately killing her. Her father, Arsad Usman, was also hit by a bullet in the leg.

Asmarya’s family is among the 400 internally displaced families from Brgy. Iganagampong, Datu Unsay, Maguindanao who were forced to evacuate their community on August 06, 2012 because of the military operations of the 1st Mechanized Infantry Brigade. 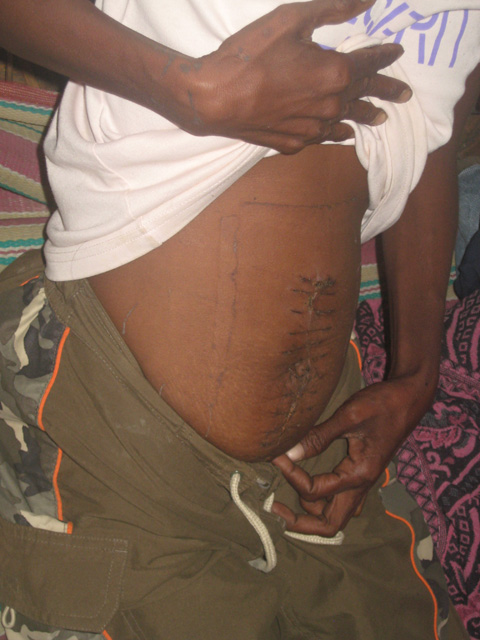 Asmarya was buried immediately in accordance with Islamic rites, while her father was rushed to the nearest health center.

According to a report from the Office of the Civil Defense in the Autonomous Region of Muslim Mindanao, some 25,650 civilians have been forced to take shelter in 11 evacuation centers following the skirmishes between the AFP and the Bangsamoro Islamic Freedom Fighters since August 5 in Shariff Aguak town in Maguindanao. The BIFF is said to be a breakaway group of the Moro Islamic Liberation Front (MILF). Based on reports from the Inquirer.net, members of the group simultaneously attacked Army detachments in seven towns in Maguindanao and North Cotabato last August 6. The exchange of gunfire and subsequent military operations have already left one other civilian and two rebels dead, four militiamen wounded, and thousands of civilians forced to evacuate.

Kawagib said the military should be held accountable for the child’s death, as well as for firing their weapons in the vicinity of civilians, all of whom were non-combatants. The group also decried how the military allegedly put up camp within the premises of a mosque in Bagan village, Guindulungan, saying that it is a violation of International Humanitarian Law (IHL) declares it as a violation on the part of governments and liberation movements alike to commit any act of hostility directed against historic monuments, works of art or places of worship, which constitute the cultural or spiritual heritage of peoples including mosques.

It is also a violation to deploy or allow the encampment of military personnel and material in or near areas where civilians reside or in areas used by civilians including schools, community halls and civilian offices.

In the meantime, Kawagib also said evacuees in Mahad Nurul Ittihad are also decrying how members of the 1st Mechanized Brigade have occupied their houses, as well as a mosque and a health center in the villages of Iganagampong and Maitumaig in Datu Unsay, Maguindanao. The group’s spokeswoman Bai Ali Indayla said evacuees and affected residents are severely troubled and even traumatized by the presence of the military and the soldiers’ lack of respect for the civilians’ property, religion and culture.
Kawagib ,in partnership with Notre Dame Center for Catechesis, had just concluded its Duyog Ramadhan: Kanduli for a Just and Lasting Peace in Mahad Nurul Ittihad on August 21, the morning before the incident.

Indayla, in a statement, said the only way to a just and lasting peace is by addressing the roots of the conflict, political will and sincerity, not through militarization.

“We call on the government to conduct investigations into the circumstances that led to the child’s death. The military unit that fired their weapons in the direct and general direction of the evacuation center where there were so many civilians should be investigated at the least and their members confined to barracks. The military should also pull out of the civilian communities and stop desecrating our mosques,” she said.