You Are Here: Home → 2012 → September → 7 → Dispelling false notions about breastfeeding

MANILA – Many mothers still have false notions about breastfeeding. Not only do they think that it is embarrassing to breastfeed in front of other people, some even say that it is painful and inconvenient. But not for Mia Chua, 35, who, just out of curiosity, found out the benefits of breastfeeding.

“I never planned to breastfeed my baby because I was not aware of its benefits. I really have no idea about breastfeeding. I just read some articles and some friends and officemates told me about the benefits of breastfeeding. But I have no deep understanding about it.”

Chua could have just given formula milk to her baby, just like many new mothers, because of lack of awareness about the benefits of breastfeeding. But she did not shrug off the idea and chose to exclusively breastfeed her baby from day one. “After I gave birth to my daughter, I was asked by the nurse whether I would like to breastfeed my baby or not because during that time my milk was already flowing and the nurse suggested that I breastfeed my baby,” she said in an interview with Bulatlat.com. 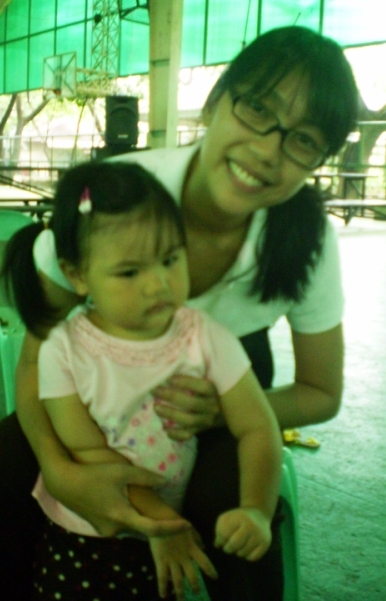 She said her daughter’s first night was a test. “It was never easy. Like other mothers, I also had the same worries like: Is my baby getting enough milk? Could she breathe while breastfeeding?” But it never stopped her. One year and eleven months later, she still breastfed her daughter.

Lack of awareness about breastfeeding

“Imagine, only one out of 27 mothers among charity patients at the Makati Medical Center breastfeeds her baby. These are the indigent patients who are really poor. They live even in a cemetery and yet they do not breastfeed their babies,” Castillo added.

The government also falls short on its responsibility to raise awareness about breastfeeding. According to Castillo, the Department of Health only began to aggressively promote breastfeeding when the advocates started campaigning in 2001.

Mothers often worry about not producing enough milk for their babies. Some say that their babies do not seem to want to suck their breast. Is it possible? Castillo said it is important that mothers are happy and worry-free so they can produce milk.

“There are mothers who think that no milk will flow from their breasts. But this is just a misconception. If they think that way, nothing will really come out,” Castillo said.

“Women’s lives now are more complicated: they are confronted by dire poverty, demolition of their houses, among others. These factors hinder mothers from breastfeeding their children,” Castillo added.

While assisting mothers who simultaneously expressed their milk in a milk letting activity last Aug. 31 by the Association on the Rights of the Child in Southeast Asia (Arcsea), Castillo taught some techniques that will help mothers produce more milk.

She said it is important that mothers are relaxed, happy and stress-free while breastfeeding. Studies about breastfeeding also show that stress can slow down the production of breast milk. “Breastfeeding releases oxytocin and prolactin, these are hormones that relax the mothers. The oxytocin level should be high so that breastfeeding mothers can produce plenty of milk,” Castillo told Bulatlat.com.

Massage also helps, said Castillo. “Massage from the head, nape to the shoulders relaxes the mother.” Proper breathing, visualization and prayer can also be relaxing. “Just think that your milk is flowing just like a waterfall. Don’t think about your problems. Happy breastfeeding mothers have happy babies.”

Most important, she added, is the mother’s will and commitment to give her baby a health body. “Breastfeeding also have down moments. It is never easy. But when a mother is decided and committed to breastfeed then nothing can stop her.”