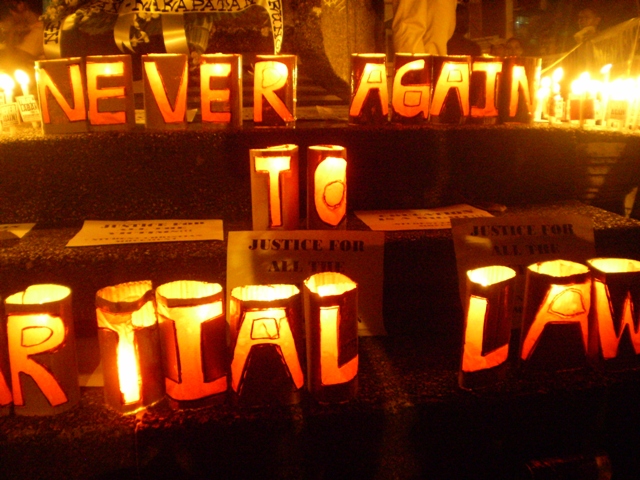 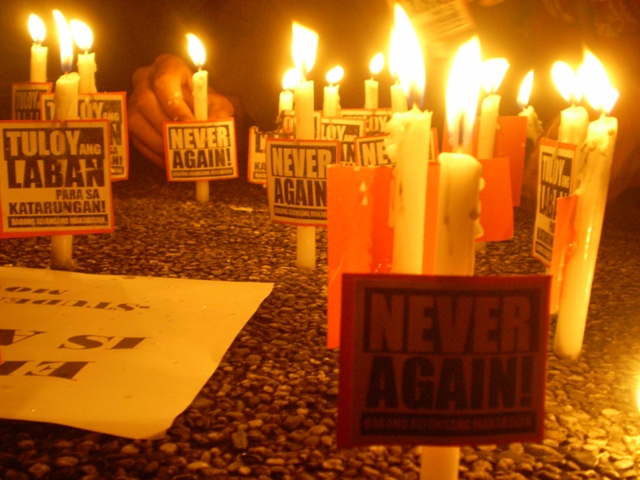 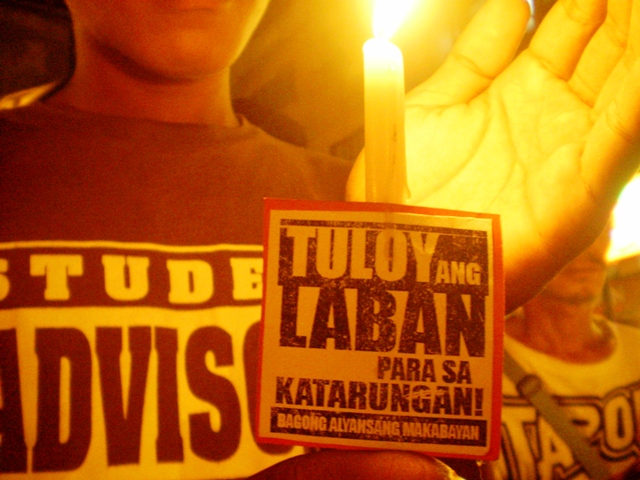 MANILA — One day before the commemoration of the 40th year of martial law, youth leaders, students as well as other progressive groups lit candles at Chino Roces Bridge (former Mendiola Bridge) and honored the martyrs who offered their lives fighting martial law.

It is also the fourth day of the students’ strikes of different youth organizations in state universities and colleges. Activists from the martial law years also joined the symbolic action. On Sept. 21, the youth and students would walk out from their classes and join the bigger protest action also in Mendiola.

The groups offered flowers and lit lanterns that form the word “Never Again to Martial Law!” below Chino Roces’s statue. The late Chino Roces was one of the stalwarts who fought against martial law.

According to Einstein Recedes, spokesman of SCMP, Roces was actually holding a placard and not a cross. He said water cannons from different demonstrations in the past dissolved the placard he was holding. 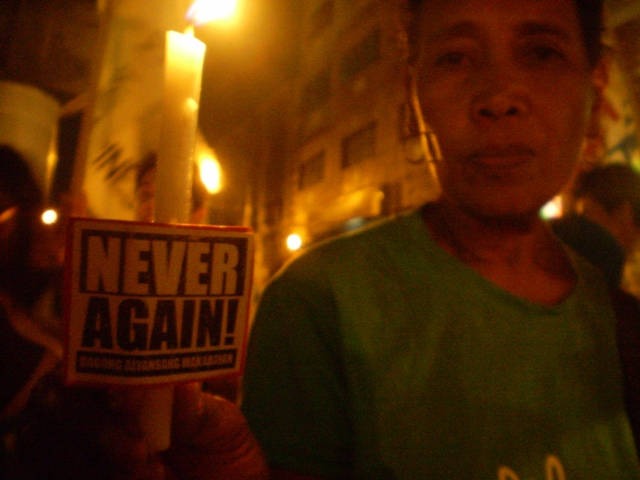 “With the timely commemoration of martial law, it is best that we remember the sacrifices of the Filipino people under the Marcos dictatorship, holding placards with calls for freedom, social justice and genuine democracy at the streets,” Recedes said.

The groups said nothing has changed after martial law and people are still calling for the same issues way back from the Marcos regime. “The Marcos regime left policies and laws – like the Education Act of 1982 – that continue to harm our country. The youth of today will continue the struggle to end oppressive and repressive policies.”