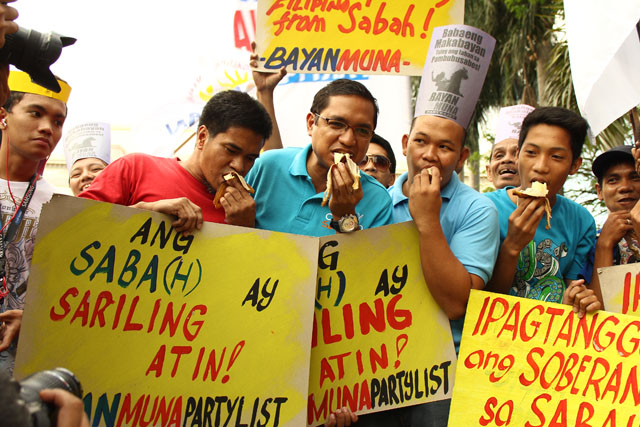 Makabayan senatorial bet Teddy Casiño led members of Bayan Muna Party to a symbolic eating of saba, a banana variety, at Liwasang Bonifacio to protest the government’s ‘betrayal’ of Philippine sovereignty over the Sabah controversy.

Casiño said that President Benigno Aquino III betrayed Philippine sovereignty when he ordered the followers of Sultan Jamalul Kiram III to surrender instead of talking to them. 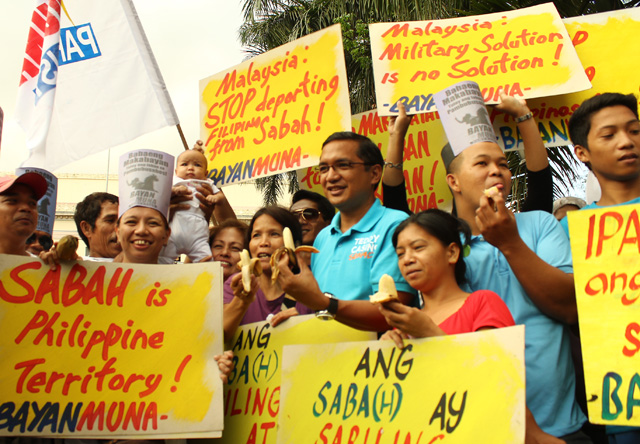 “Their media reports say 60 persons have been killed in Sabah, more than 50 killed by their (Malaysian) forces. The continuous air strikes and attacks show Malaysia’s low regard for life and the people of Sabah,” Casiño said. 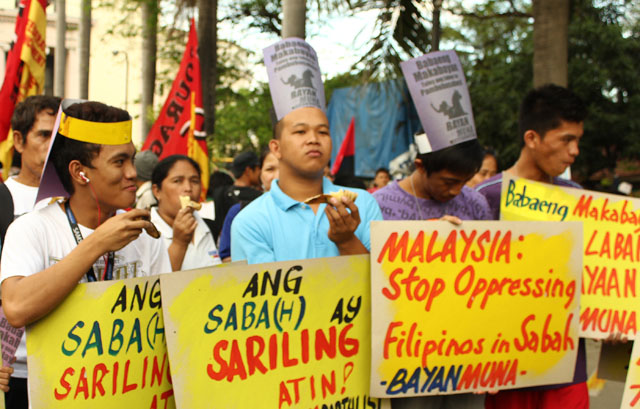 Casiño, together with fellow Bayan Muna Representative Neri Colmenares, filed a resolution in the lower house to immediately elevate the Philippines’ claim on the island of Sabah to the International Court of Justice. They cited the Philippines solid historical, political and legal grounds to revive its claim and re-assert its sovereignty over Sabah.

Photos and text by POM CAHILOG-VILLANUEVA