“A single death caused by the high cost of Philippine education is one death too many. Something must be done. This week, we need to rewrite history.” – Terry Ridon, president of Kabataan Partylist

MANILA – Dubbed as the “Day of Mourning in remembrance of Kristel Pilar Mariz Tejada, Iskolar ng Bayan,” the University of the Philippines – Manila suspended its classes last Mar. 18. Youth and progressive groups also kicked off the start of their protest to hold the government accountable for her death.

“A single death caused by the high cost of Philippine education is one death too many. Something must be done. This week, we need to rewrite history,” Terry Ridon, president of Kabataan Partylist, said.

Kristel Tejada, 16, a resident of Tondo Manila, was found unconscious by her mother at around 3:00 am on Mar. 15. They brought her to the nearest hospital, the Metropolitan Medical Center, but was pronounced dead on arrival.

“I hope I will be missed,” Tejada’s last Facebook status read.

Ridon said their “black protest” is against UP’s unjust tuition policies “that have been one of the major contributing factors in the death of a UP Manila student last Friday.”

“While the whole youth sector grieves for the loss of a fellow Iskolar ng Bayan, we are also fortifying our lines to ensure that no life will again be lost due to spiralling tuition and repressive tuition policies. Today, we begin a week-long protest against the deteriorating state of the Philippine education system,” Ridon said. 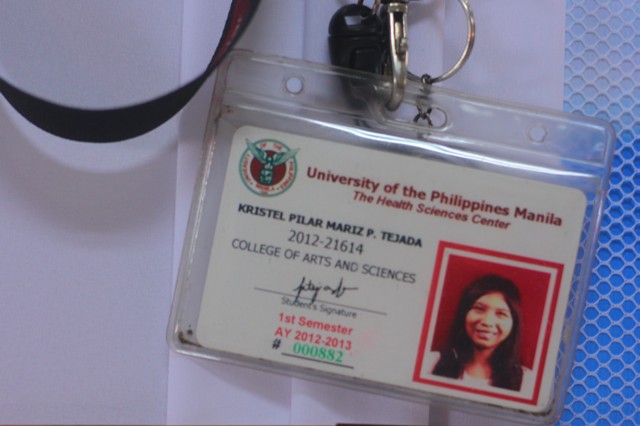 In her television interview, Kristel’s mother said her daughter committed suicide after being forced to take a leave of absence for failing to pay her tuition on time. As a policy, the University of the Philippines – Manila do not allow late payments and would require students to take Forced Leave of Absence (FLOA).

Tejada, a freshman student taking up Behavioral Sciences at the university, was unable to pay for her tuition on time. Officials of the University of Manila, in a television news report, said Tejada applied for a student loan during the first semester. Her deadline of payment, Nov. 30, was extended to Dec. 2012, to supposedly show their “consideration of her family’s financial situation.”

Last Jan. 2013, her father Cristopher applied for another student loan. But, “since it was already mid-semester, the request for enrollment was not granted.”

Anakbayan, in its statement, said Tejada’s father is a part-time taxi driver and her mother is a housewife. “Despite this, they were classified in the ‘Bracket D’ of the University of the Philippines’ infamous Socialized Tuition scheme known as STFAP. As a result, the student was made to shoulder a burden of P300 per unit,” the youth group said.

Students from the University of the Philippines – Diliman and in Manila, along with the Philippine Polytechnic University, held a candle-lighting ceremony on Mar. 15, Thursday. The media, however, were barred from covering the vigil.

Dr. Anthony Leachon, director of the Information, Publication and Public Affairs Office, issued a statement saying that UP Manila is “deeply saddened” by Tejada’s death and that the university will also be extending financial assistance to the family.

UP President Alfredo Pascual, in a Philippine Star report, said that they “instructed all heads of state university’s campuses not to bar the enrolment of qualified but poor students.” 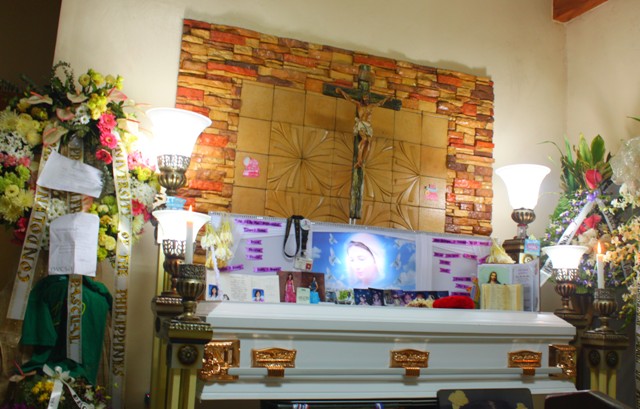 He told the Philippine Star that, “It happened a day after I instructed the chancellors at our council meeting held last Thursday that we should not deny access to qualified students who cannot enroll because of financial constraints,” referring to the suicide of Tejada.

The University of the Philippines has also recently announced the scrapping of the no late payment policy.

There have been earlier calls to put a stop to the late payment policy of UP. But activists said these fell on deaf ears.

On Nov. 14, 2012, Cleve Arguelles, UP student regent, in a speech at the UP Third World Studies Center Public Forum Series: ‘ANG TAMA BA SA UP, TAMA RIN SA BAYAN?’, said that as part of the UP Manila’s no late payment policy, “the Office of the Vice Chancellor for Academic Affairs do not accept letters regarding late payments.”

“They said students should even be thankful that the deadline for paying their tuition, amounting to P30,000, was extended from November 16 to November 23,” he said.

Arguelles added that, “These are the few ‘poor’ students that we have in UP, barely surviving. But through our present policies such as what I’ve shared to you, the systematic increase in laboratory and other fees, and the change in the default tuition from Php 1,000/unit to Php 1,500/unit, UP has launched a full-blown witch-hunting against these poor students and others who cannot pay.”

Reyes said that, “tuition in UP before the STFAP was around P14/unit. In the transition period to STFAP, government raised it to P40/unit. When STFAP was implemented in 1989, tuition became P200/unit. After just three years, in 1992, tuition was again raised to P300/unit. By 2007, as a part of a re-bracketing scheme, tuition was hiked to P1,000/unit. Now, there is also a special bracket for students who pay tuition as high as P1,500/unit.”

Citing a report of the UP Office of Scholarships and Student Services, Reyes added that only one in 100 students enjoys free tuition.

Issa Baguisi, national spokesperson of the League of Filipino Students, said the Socialized Tuition and Financial Assistance Program (STFAP) is “nothing but a smokescreen for tuition increases. STFAP whitewashes the need for higher state subsidy because it can always generate income from the students to complement meager educational government subsidy.”

Arguelles, in the same speech, said that the University of the Philippines is not just a school for rich people but also where “poor people are not allowed.”

The League of Filipino Students, in its statement, said “before, UP symbolizes the hope of the youth who wanted a chance on a bright future. Now, Aquino has mandated UP to close its door to poor and deserving youth, but forces its door open to those who can pay and subsidize for those who cannot.

Her mother, herself, in a television interview said this should serve as a wake-up call to the Philippine government.

“President Aquino and to all the officials to UP Manila, I hope that what happened to my daughter will become a wake-up call for their policy on late payments, where students would be forced to stop going to school when they cannot pay the smallest amount,” she said.

Anakbayan said Tejada’s suicide could have been avoided if only the government has done its job in ensuring there are decent jobs in the country and refusing to take concrete steps to lower down prices of goods and services. Absence of such, the youth group said, has “made it virtually impossible for millions of Filipino parents to send their children to school.

“To paraphrase a quote from a famous movie: this is not a suicide, this is murder. The Aquino administration is as responsible for the death of the UP Manila student as if they were the ones who forced the poison down her throat,” Anakbayan said.

The group added that, “President Aquino’s declared policy of having State Universities and Colleges (SUCs) hike their tuition rates, and bludgeoning students into either paying said fees or dropping out (as in the case of UP Manila’s FLOA) is the last straw.”

More than poverty, Baguisi said Tejada is a victim of neglect of the Aquino government.

She represents the Filipino youth who are compelled to live in deplorable conditions because of Aquino’s economic policies that translate to inadequate jobs, unjust wages, inaccessible education, etc, for the Filipino people,” Baguisi added.

Progressive partylist Bayan Muna also slammed the no late payment policy of the state university, adding that instead of forcing students to take a leave of absence, “the university should look for other ways on how to help students facing financial incapability instead of passing the burden to students and their families.”

Kabataaan Partylist said the low state subsidy being provided to the University of the Philippines is also happening in other state universities and colleges. As a result, its Southern Tagalog coordinator Ronalyn Franca said, “we are losing our youth everyday to poverty, government neglect and impunity.”

Citing a recent report of the Commission on Higher Education, the youth group said eight out of 10 high school graduates in 2010 did not go to college, largely due to the high cost of tuition and other fees even in state universities and colleges.

“Our calls have been loud and clear all along and we have used the Congress podium plenty of times to fight for the right to education and yet only a few was ready to respond, if not, to even listen,” Franca said.

Makabayan senatorial bet Teddy Casiño, for his part, said that no student should ever suffer as Tejada did. “Education is a right. It is disappointing that our own state universities and colleges are forced to increase tuition and fees because of inadequate state budget,” he said.

Student groups vow to fight for justice over Tejada’s death. Anakbayan said, “while none of our actions will bring her back, we vow that no other student will take his or her life because the State made it possible for him/her to have a better future.”