MANILA — Members of Kabataan partylist and other student organizations held a picket protest in front of the Commission on Elections (Comelec) to denounce anew what they call as “continued harassment of progressive partylists.”

Comelec has threatened to disqualify the youth party and Piston partylist representing jeepney drivers and operators for allegedly violating Comelec resolution 9615, which prohibits campaign materials in all public infrastructure and schools. The poll body concluded the en banc hearing on the reported cases of campaign poster violations two weeks ago and is set to release a decision this week. 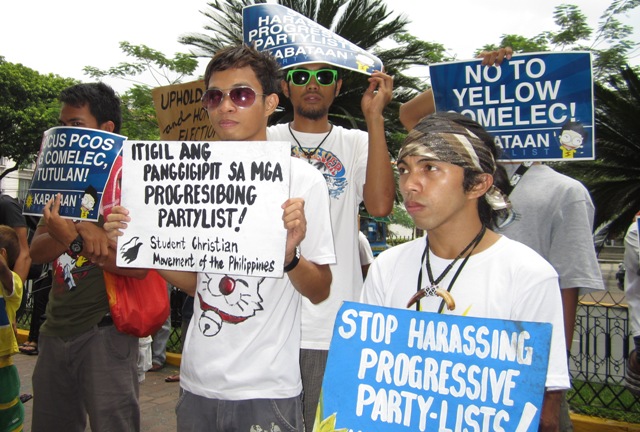 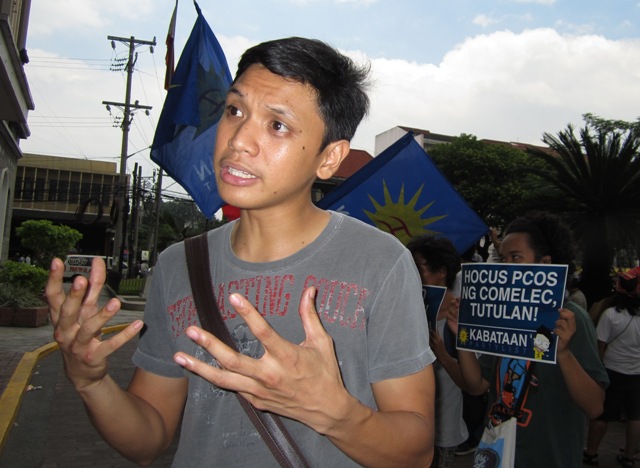 “Marginalized sectors of society, including workers and students, denounce Comelec’s continued political harassment of progressive partylists, a coordinated effort that we interpret as a move to sabotage the participation of grassroots peoples organizations in the upcoming polls,” Kabataan Partylist President Terry Ridon said in a statement.

Ridon said their group submitted proof of compliance to election rules, including extensive photo documentation but Comelec continues to pursue the case.

“The slew of attacks against progressive partylists began with the commission’s disapproval of the candidacy of Kalikasan, partylist of environment advocates, and COURAGE, which represents government employees. Now, Comelec is seemingly hell-bent on disqualifying Kabataan and Piston to further undermine partylists that have always been staunch critics of the Aquino administration,” Ridon said. 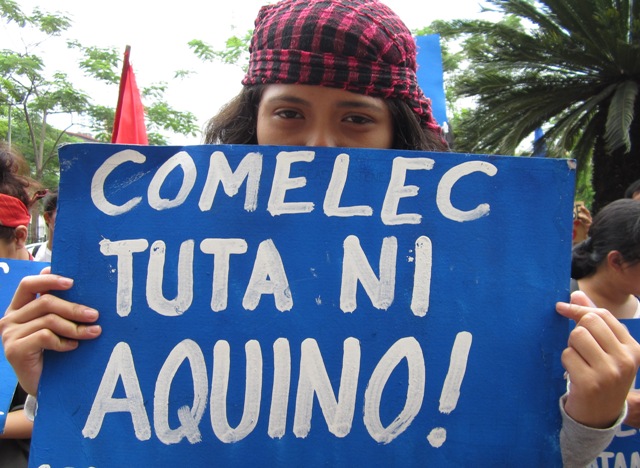 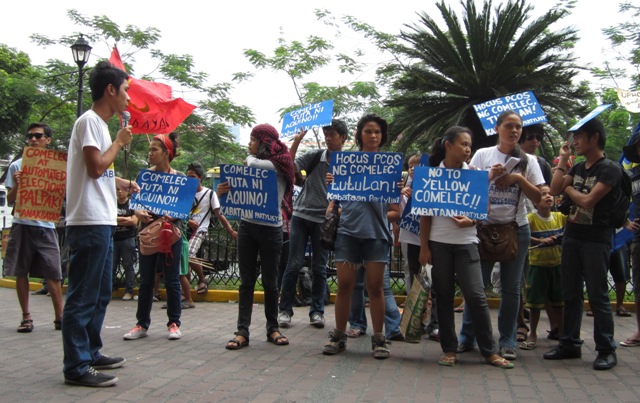 Ridon decried what he calls as Comelec’s double standards in implementing election guidelines. He said that while it is pursuing the cases against Kabataan and Piston, large-scale campaign violators such as candidates from Team P-Noy run free and unscathed.