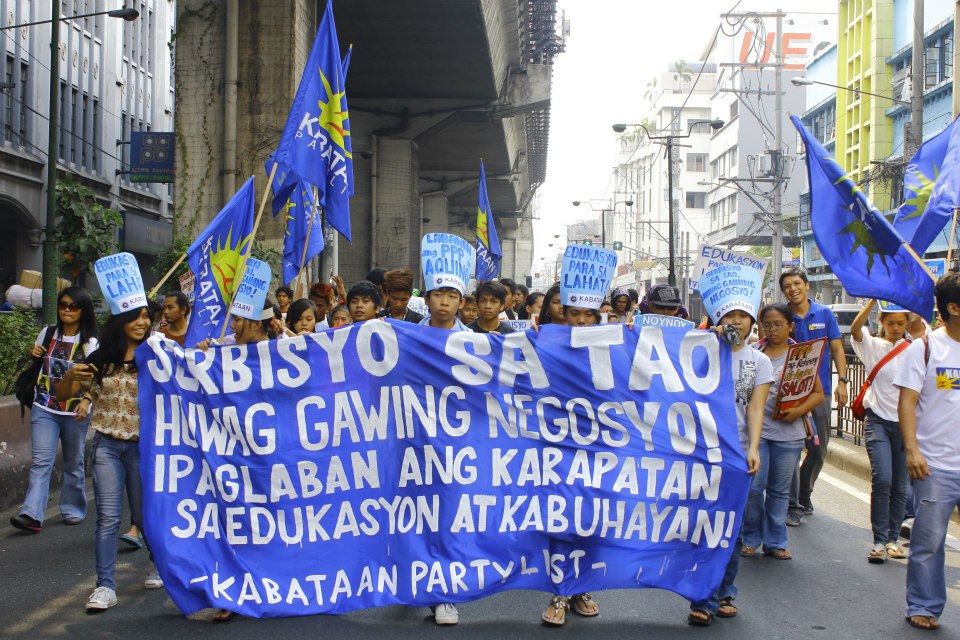 MANILA – Youth and student groups led by Kabataan Partylist marched to Chino Roces bridge to denounce the worsening poverty and unemployment on Friday, April 26. Carrying along with them is a mock Time magazine cover featuring President Benigno S. Aquino III as the “top traitor of the youth” and called on the President to stop “conjuring statistics of economic stability” and address the worsening state of the youth.

Kabataan Partylist president Terry Ridon said that despite continued claims of economic growth and stability hyped up by the 6.6-percent gross domestic product growth and the recent credit upgrade from Fitch Ratings – the glaring disparity between classes in society still remains. 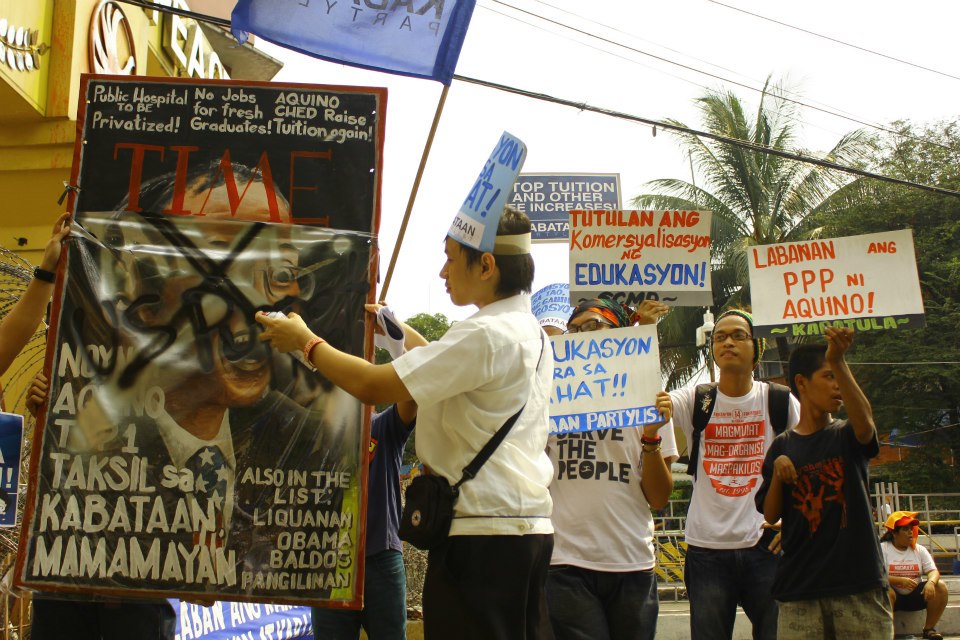 The groups also hit policies such as Public-Private Partnership (PPP) scheme and the Conditional Cash Transfer program that is more of a burden to the poor.

“The rich are experiencing unprecedented income growth while majority of Filipinos continue to suffer from worsening poverty and joblessness,” said Ridon referring to the latest result of National Statistics and Coordination Board (NSCB) survey. 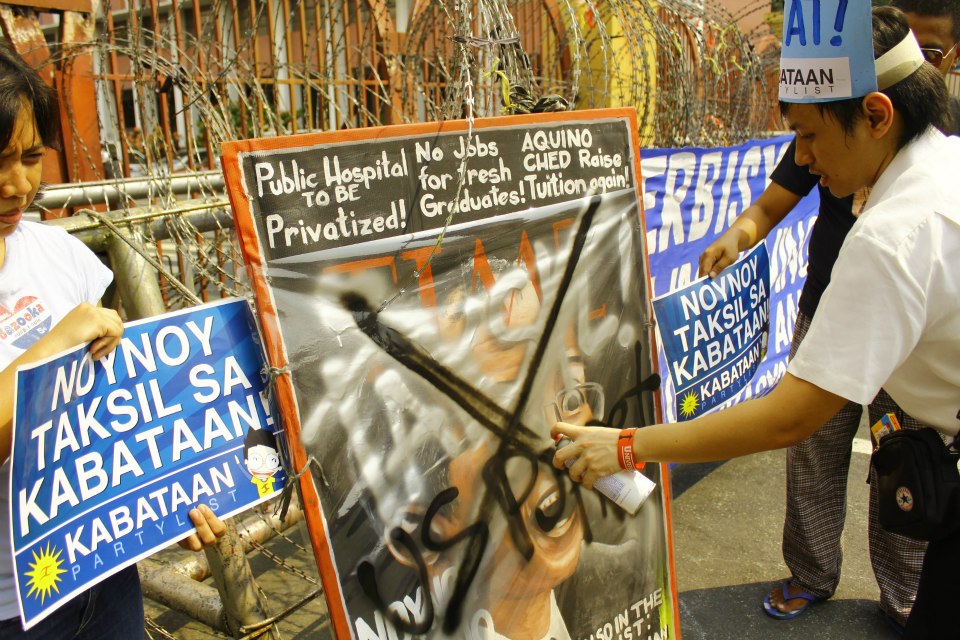 “Considering that the said data only accounts for Filipinos living under P46 ($1.12) per day, this only shows that crippling poverty has not changed – even worsened – despite the implementation of CCT,” Ridon said.

The youth groups also hit the growing unemployment of the youth sector, as evidenced by the latest government figures on labor.

The latest labor force survey (LFS) of the Department of Labor and Employment reveal that nearly half or 49.3 percent of the total unemployed workforce are coming from the youth sector. The April 2013 data from the LFS also showed that the youth unemployment rate was at 16.6 percent, or more than twice the national average. According to Kabataan Partylist, majority of unemployed youth are high school graduates, while over 30 percent of the total unemployed workforce were either college graduates or had some sort of college education. 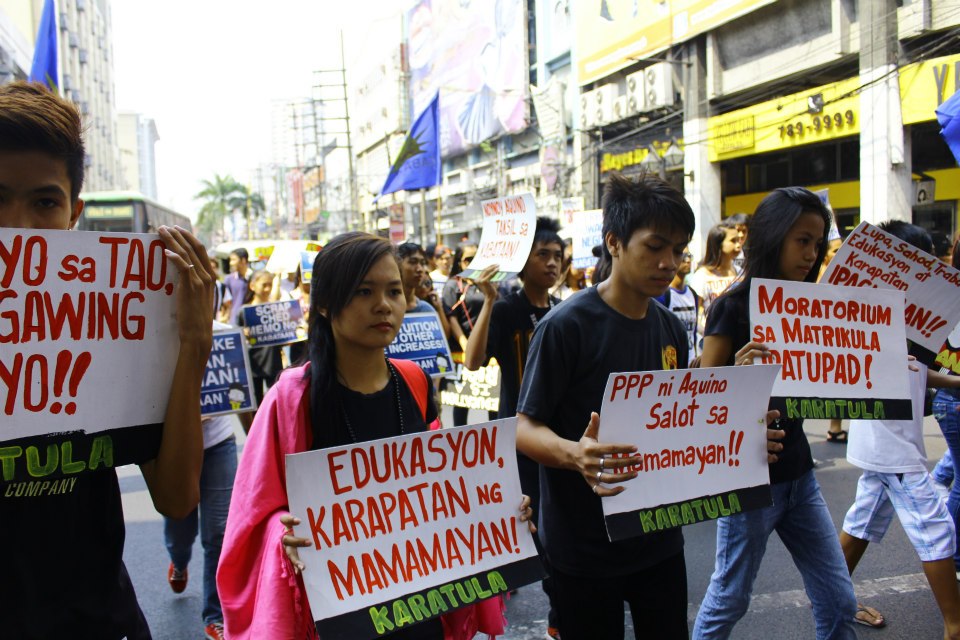 “The massive unemployment among the ranks of the youth is a testament to the Aquino regime’s failure to bring change in the lives of Filipinos. Millions of our countrymen are hungrier than ever, with most people remaining jobless, and those with jobs living with a barely sufficient wage,” Ridon lamented.

“The government should stop deluding itself to believing that it is paving the way for the betterment of the lives of our countrymen. Programs like PPP and CCT will not help us but would rather spell doom for all. More than ever, the youth is aghast and indignant over the regime’s anti-people agenda,” Ridon ended.