MANILA – Give voice to the voiceless. This is the call of a partylist group for children – Akap Bata Partylist. In a colorful Flores De Mayo, the children together with their nominees paraded displaying their agenda on May 5, Sunday at Plaza Remedios, Malate, Manila. 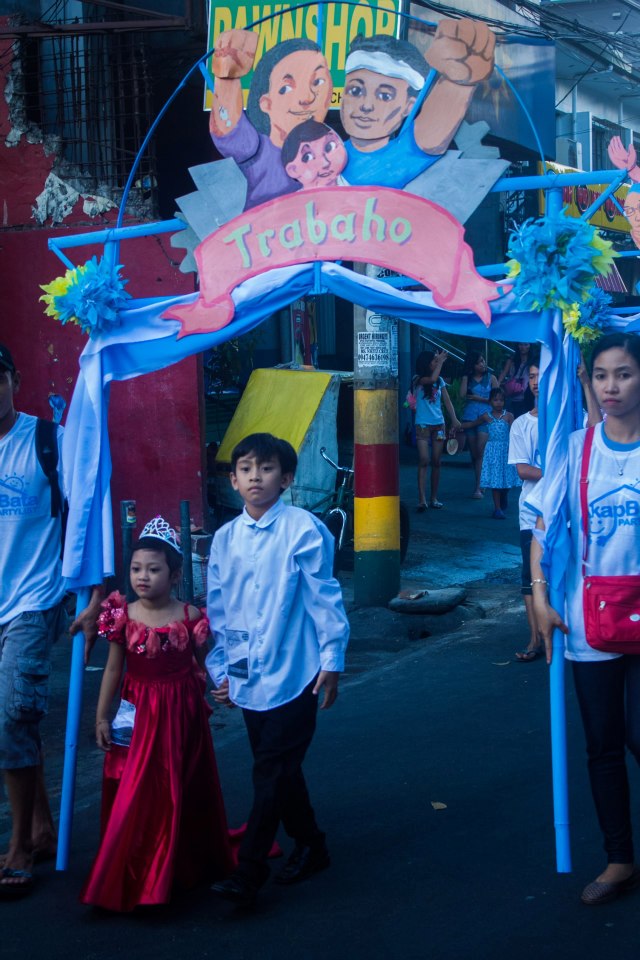 The group found a creative way to put forward children’s agenda instead of a traditional meeting de avance. Their agenda includes;

Make quality education free and accessible to all Filipino children by allocating 6% of the country’s total GDP, as mandated by international standards;

2. Holistically resolve the deepening problem of child poverty in the country by addressing the root causes of landlessness, homelessness, joblessness and social injustices;

3. Address hunger and malnutrition amongst Filipino children by controlling prices of basic commodities and services as well as legislating a substantial wage increase for their parents;

4. Ensure that Filipino families have secured, livable and decent shelter in a child-friendly community that is accessible to various social services; 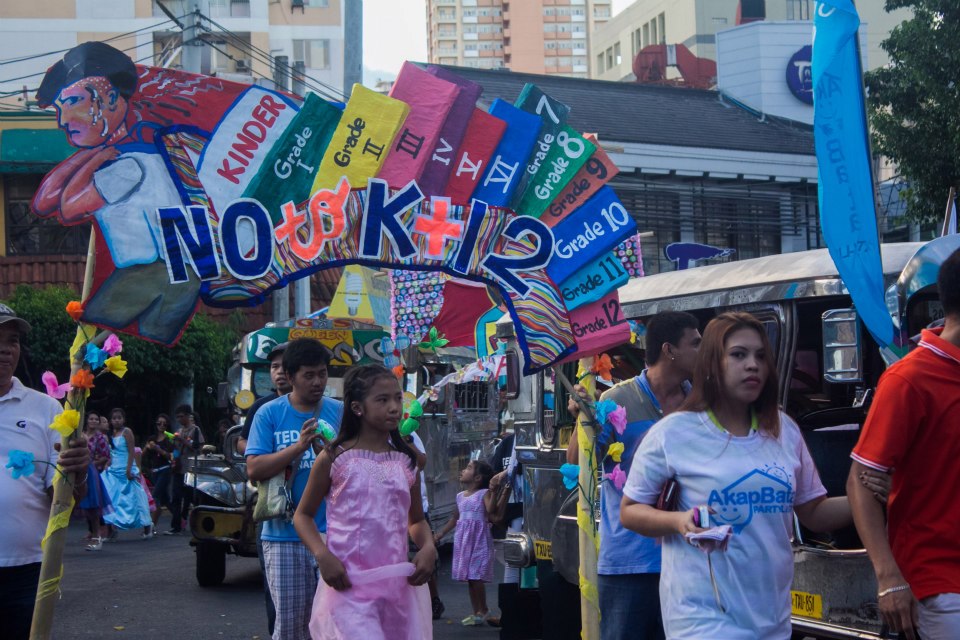 5. Guarantee that every Filipino child will grow and develop holistically by protecting them against all forms of abuses and exploitation;

6. Make sure that all the basic human rights and welfare of Filipino children will be safeguarded including their political, social, civic and economic rights.

“Children cannot vote but we can vote for them,” said Arlene Brosas, first nominee of Akap Bata Partylist. She added, “There have only been nine laws for children that have been passed since 1995. These numbers alone are enough reason to say that we should put children’s agenda as our main criteria for voting.” 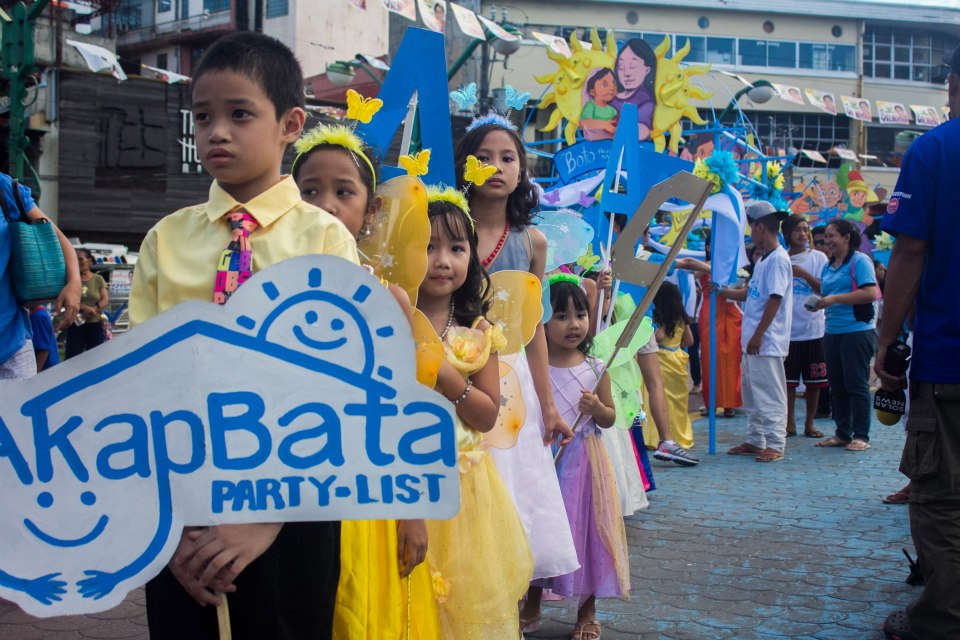 “Thus it is high time to give voice to the voiceless – the marginalized Filipino children must be genuinely represented in congress,” Lean Flores, national spokeswoman of Akap Bata Partylist, said. 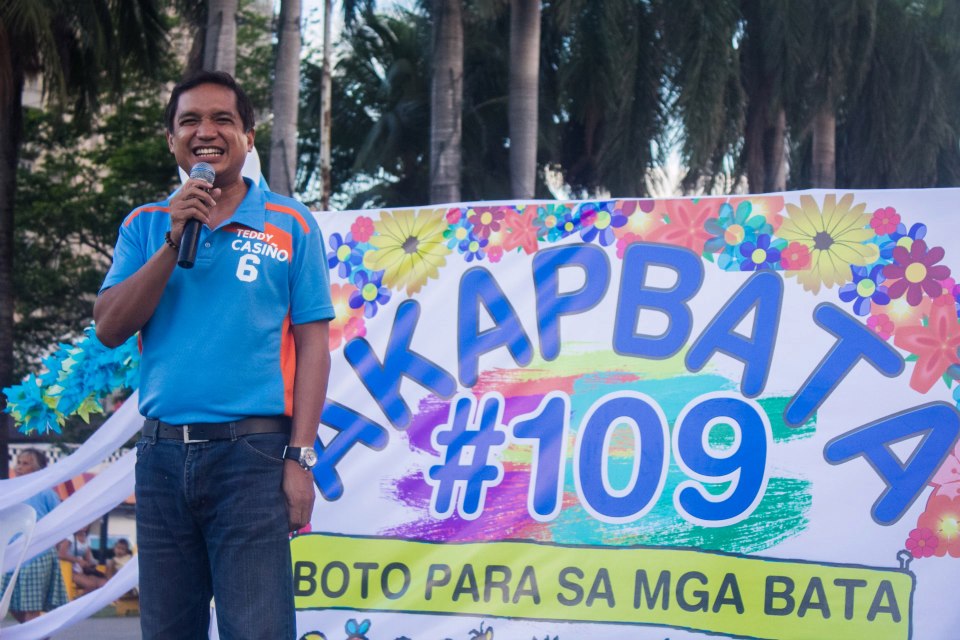 They were later joined by Makabayan senatorial bet Bayan Muna representative Teddy Casiño to help encourage voters to vote for the welfare of children.