MANILA — Residents put up a barricade at Agham Road in the Quezon Avenue and North Avenue intersection in a bid to block the demolition team July 1. The 30-day notice of eviction lapsed that day, threatening eviction for some 500 families whose houses are to be destroyed to give way to an 11.3-meter road-widening project along Agham Road.

Hundreds of residents formed a barricade against demolition led by Kadamay North Triangle and September 23 Movement, an alliance of North Triangle organizations. A series of violent confrontations occurred as policemen tried to break through the barricade. 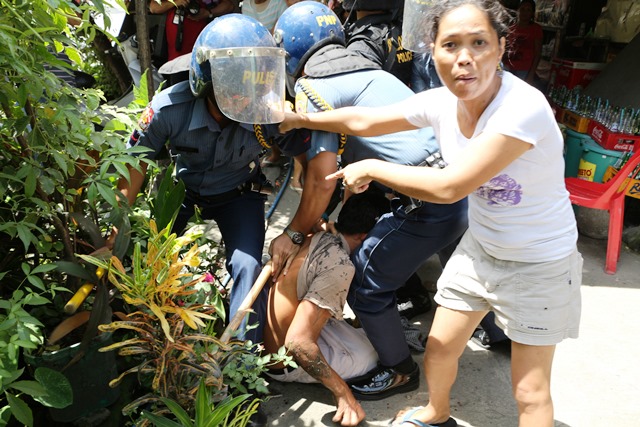