You Are Here: Home → 2013 → July → 11 → Urban poor residents of North Triangle determined to assert their right

The violent clash between urban poor residents along Agham road in Quezon City and policemen were shown in news reports that evening July 1. But what was not shown was how the clash erupted and what were the reasons for the adamant struggle of the urban poor residents.

MANILA – Although Mario Berza, 57, was hurt during the scuffle that occurred when a demolition team attempted to demolish their homes in North Triangle last July 1, he is not afraid to be once again in the frontline of their barricade. He is ready to face authorities to defend their right to shelter and livelihood.

“There are no sources of livelihood, no hospital and no work to be had at resettlement sites. We do not want to live there,” Berza, a resident of North Triangle in Quezon City, told Bulatlat.com when asked why he and his family still want to stay and fight it out rather than be relocated to Montalban, Rizal or other resettlement sites.

Berza earns about $7 to $11 a day as a pedicab driver. He plies Agham Road and nearby streets. His meager income is barely enough to cover the daily needs of his family, which includes his wife Salvacion, 50, and their four children, two whom are still studying. 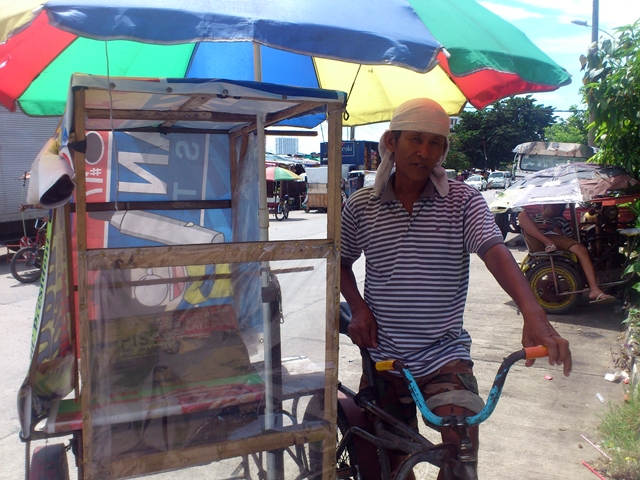 Since the intensified efforts to demolish the homes in North Triangle, residents have maintained that they would not agree to be displaced in far-flung relocation areas. “There is no sustainable livelihood to be found in relocation sites, they reasoned. As such, they fear that they would only be worse off once they were driven to those sites,” a previous Bulatlat.com report read.

Most of the residents in North Triangle either earn as pedicab drivers or are minimum wage earners.

Last July 1, Berza was among the residents who defended their homes from an impending demolition. He said he noticed the unusual big number of policemen near their community early that morning.

About 500 homes were scheduled to be demolished to give way to the so-called 11.3-meter road-widening project along Agham Road, which is part of the area to be developed as the 256-hectare Quezon City Central Business District. The Ayala Land Inc., a real estate giant, will develop 29.1 hectare out of the total area at an estimated cost of $500 million.

As a result, residents of North Triangle have faced several waves of demolition attempts since Benigno Aquino III assumed the presidency.

“We have every right to remain here. It is natural that we would go out and join the barricade,” he said.

While the negotiation between leaders of North Triangle and people who introduced themselves as members of the Commission on Human Rights was still ongoing, Berza said he was hit on the head by Police Superintendent Pedro Sanchez of Quezon City Police District Station 2.

“I lost a lot of blood. Until now, I feel dizzy,” Berza added.

Estrelieta Bagasbas, a resident and leader of the September 23 Movement, a local organization in North Triangle, said they immediately barricaded Agham Road on the morning of July 1 when they saw the increasing number of police officers in the area.

“There were two members of SWAT who cocked their guns. I told them they were not supposed to carry guns near our barricade. But one of them said we were causing trouble. They told us we were barricading the street even if there was no demolition,” she said, “But that is not true. We received another notice of demolition, which expired last June 30.”

Last year, North Triangle residents along EDSA received a road widening notice, similar to the notice families residing along Agham Road got. Bagasbas, in a previous interview, said these supposed “road-widening project” is a tactic to keep residents from defending their homes.

Homes that used to sit within the road-widening project in EDSA were demolished. But, as of this writing, the road has not yet been widened. Instead, a signage that shows the high rise building that would be constructed in the area was posted there. Community leaders said it is part of the multi-million Quezon City Central Business District project. 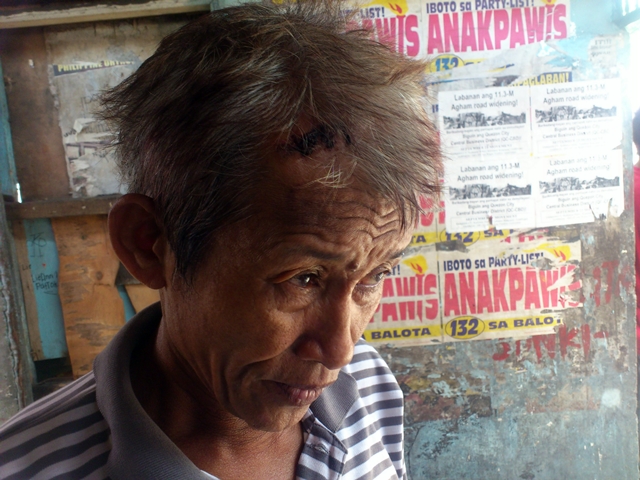 “We were surprised. If they will remove the houses within the 11.3 meters, nothing would be left here. They will get rid of everyone here. They will not leave one house,” Ofelia Capacio, 30, told Bulatlat.com.

During the scuffle between the residents and the police last July 1, Bagasbas said they were repeatedly assured that there would be no demolition that day. But ,she said, they do not trust them. Leaders negotiated with the police and members of the Commission on Human Rights.

Bagasbas said that just when she thought the negotiations were going well, Sanchez hit Berza on the head, causing the clash between residents and the police.

“The exchange between the residents and police was long. I heard six gunshots from the ranks of the police. They tried to arrest some residents but we were able to pull them back,” Bagasbas said, “It was already around 12 noon when the clash stopped.”

“We are not against development. But the people should be included in that development,” she said.

Berza was brought to East Avenue Medical Center where he was treated and got three stitches on his forehead. According to Bagasbas, there were two others who were also badly hurt but decided not to grant media interviews for fear that authorities would single them out in the community.

She said she understands why the two refused to be interviewed. Leaders like her are being harassed, she said.

After the clash with the police, Bagasbas said authorities patrolled the area near her home. Someone told her that policemen plan to kill her if they get the opportunity to do so.

Bagasbas said these surveillance activities could be a form of harassment because of their efforts to protect their homes from being demolished.

“Even if I am leading the residents here, they are still the ones who would be decisive if we are going to fight or not,” Bagasbas said.

“It is the government that is causing the hardships being experienced by 20 million Filipinos. It turned its back on its job of providing social services and is attacking the poor’s rights to shelter and livelihood,” Kadamay said in a statement. 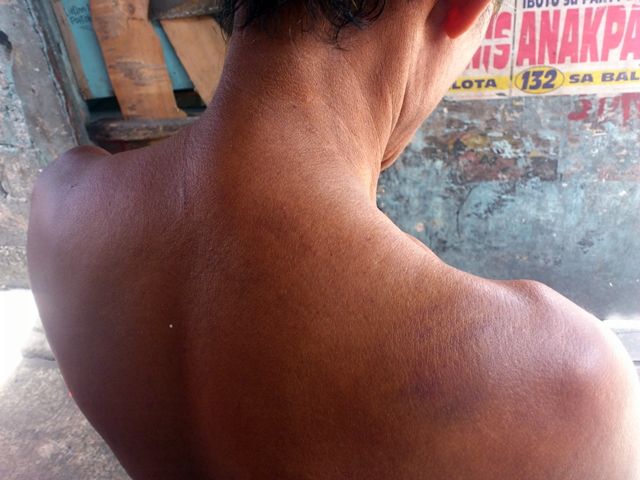 Gloria Arellano, national president of Kadamay, said the Aquino administration is one of the darkest periods in the history of the urban poor in the country.

“Just like what happened in North Triangle last Monday, the worsening unemployment, lack of livelihood and the widespread demolition of homes would spark the fight that urban poor will lead to oust this anti-people government,” Arellano said.

The Quezon City local government, for its part, has set July 30 as the deadline for North Triangle residents to voluntarily leave their homes. But residents, Bagasbas said, are determined to fight.

As of now, Berza is still recuperating from the injuries he suffered from the clash with the police. He cannot work yet. To support their daily needs, he told Bulatlat.com that he borrowed money from his relatives.

But he said, “I will be there on July 30. That is for sure! I will fight for our right to shelter and I will face them again. If what they (authorities) are doing is right, then we would have not bothered to fight.”