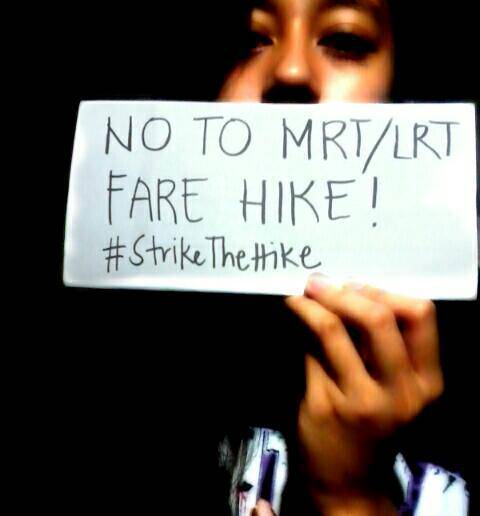 MANILA — In a protest rally on various train stations all over Metro Manila this Monday, consumers group, #StrikeTheHike and progressive coalition, Bagong Alyansang Makabayan-National Capital Region (BAYAN-NCR) added another form of protest against the looming implementation of the P10 fare hikes on MRT and LRT. People opposed to train fare hikes who cannot attend the Monday early morning protest could still weigh themselves in by their ‘Selfie.’ The consumers group said ‘Selfie’ is the latest avenue for the discontented commuters of the MRT and LRT to show their protest against the fare increase.

Many electronic gadget-wielding citizens who are almost always connected to the internet and updated at social networking sites know that ‘selfie’ is the popular self-portrait usually taken with a hand-held digital camera or camera phones. Such images are being posted and shared and liked on various social networking sites including Facebook, Twitter and Instagram. 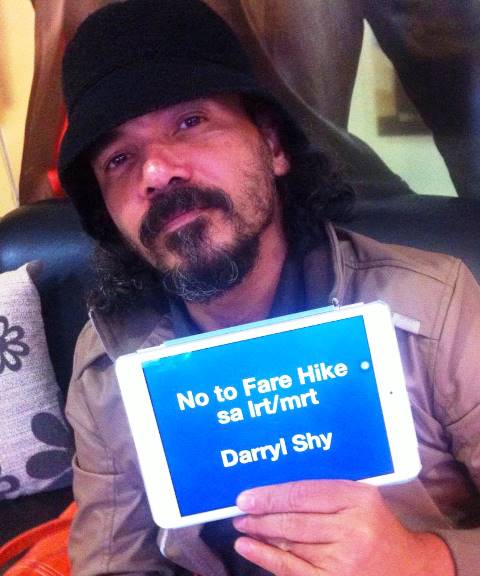 #StrikeTheHike and BAYAN-NCR are encouraging commuters to strike their best ‘selfie’ pose, post this and tag the @strikethehike Instagram and Twitter accounts or the #StrikeTheHike Facebook account. They urge the public to use and follow also their campaign via hashtags #SelfieProtest, #NoToMRTLRTFareHikes and #StrikeTheHike on various social networking sites.
On this page are some samples of the initial selfies posted against the looming MRT/LRT fare hike.

Mark Louie Aquino, spokesman of #StrikeTheHike and NCR Secretary-General of Bayan, said that all selfie protest photos will be formed into a collage to be unveiled at a protest rally during the announced public consultation of the Transportation and Communication Department regarding the MRT/LRT fare hikes on August 22. Weekly protests are already set leading to the scheduled consultation. 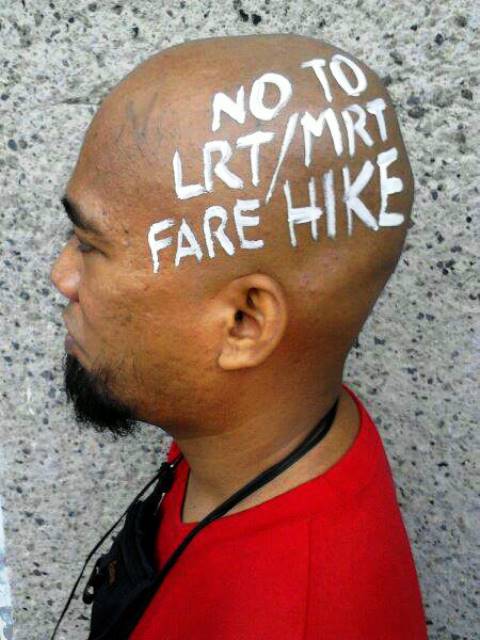 Aquino said they will greet this “additional burden to Filipino consumers” with online and physical protests as well as with “selfie and groupies forms of actions.” When all prices are rising while wages remain low, he said the people have no other option but to fight back and criticize the economic hardships that are “being passed on to us and oppose privatization schemes that worsen poverty while further enriching big private and foreign corporations.”

The youth leader said the “social injustice” rankles worse “when additional charges were being paid by our poor while President Benigno Simeon “Noynoy” Aquino III has no plans to abolish pork barrel and is in fact proposing a P1T pork next year for his office alone.”

The consumer groups want Aquino to stop allocating billions of public funds for pork barrel, and to re-channel this huge amount instead toward spending for basic social services and utilities, “so that prices needs not increase consistently.’ 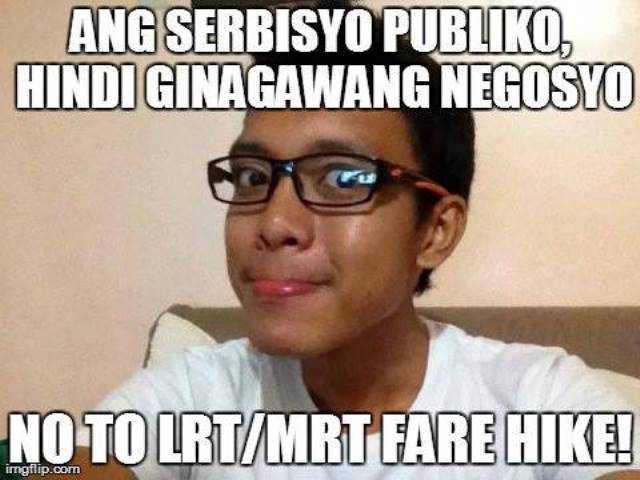