Fr. Joe, as how he was fondly called, was a prominent figure in the recent anti-pork demonstrations. He led the ecumenical prayer at the #EDSA Tayo protest, Sept. 9 and at the #ForwardMarch rally at the Rizal Park (formerly Luneta) last Sept. 13.

Fr. Joe fought the Marcos dictatorship through Basic Christian Community Organizing and was a key figure in the now-defunct Nationalist Alliance and the founding of the Bagong Alyansang Makabayan.

Fr. Joe promoted the social doctrines of the Catholic Church through the Solidarity Philippines and Clergy Discernment Group.

Fr. Joe was an ally of the workers, having founded the Workers Assistance Center, Inc. (WAC) in 1995. WAC is a socio-pastoral program of the Most Holy Rosary Parish in Rosario, Cavite aiming to provide support to workers at the Cavite Export Processing Zone (CEPZ). He also served as a member of the Board of Trustees of the Ecumenical Institute for Labor Education and Research (EILER). 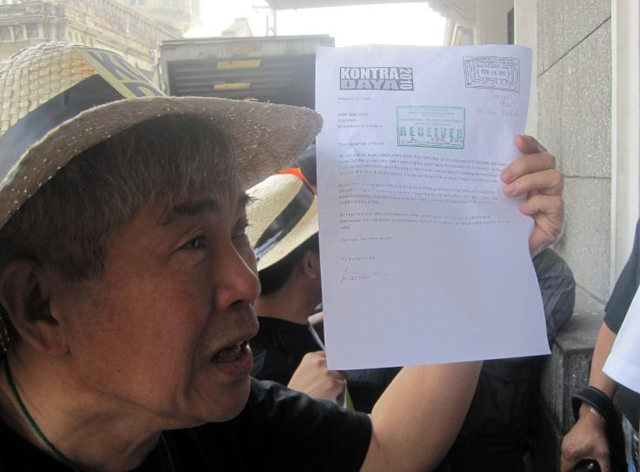 He was also known for his anti-fraud advocacy. He was one of the conveners of election watchdog Kontra Daya.

Activists paid their tribute to Fr. Joe through the social media.

In its tweet, EILER said Fr. Joe “offered 40 years in service of workers & the poor.”

In his tweet, former Bayan Muna Representative Teddy Casiño said, “A bright light has gone out.”

Father Joe’s remains will be interred at the San Roque Cathedral in Caloocan City on Nov.06, Wednesday.