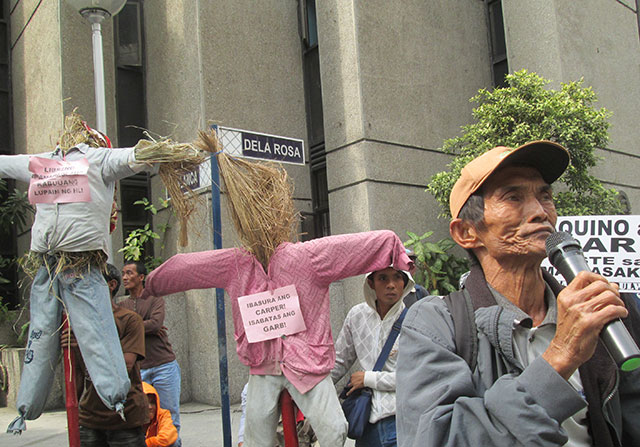 The Tarlac Development Corporation (Tadeco) is claiming ownership over at least 461 hectares of land in the villages of Balete, Cutcut and Central. The company has bulldozed farmlands and evicted farmers since November 2013. 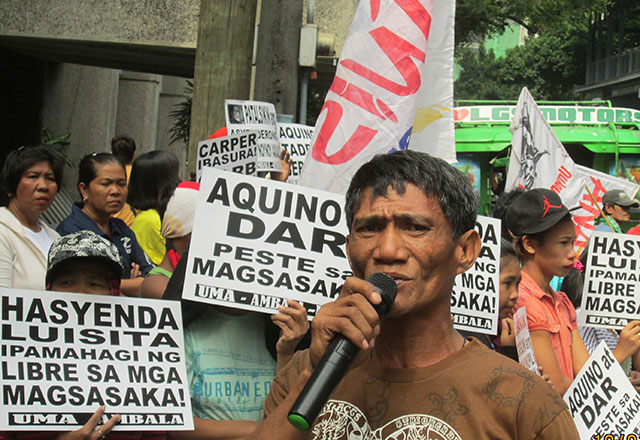 “With the complicity of the Department of Agrarian Reform (DAR) and the local police forces and courts in Tarlac, Tadeco and the Cojuangcos have been able to destroy our crops, imprison our members, and practically set in motion a grand plan to totally evict us from our villages,” Ambala acting chairwoman Florida Sibayan said.

Tadeco filed charges of unlawful detainer against 102 farmers in Balete and Cutcut villages.

On December 21, 2013, Tarlac police arrested eight farmers. Three were immediately released and the five were charged with physical injury. The charges were eventually dismissed. 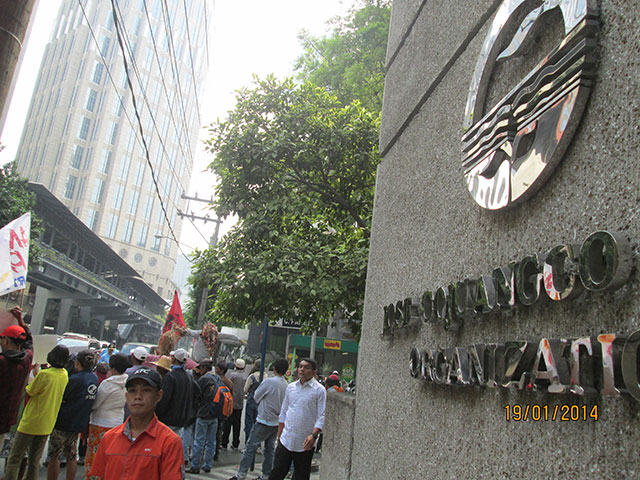 On Sept. 16, 2013, eleven farmers and supporters were also arrested during a fact-finding mission. They were charged with various crimes.

Sibayan said their colleagues in Cutcut village have been holding a vigil in their fields for almost two weeks now amid threats of Tadeco’s bulldozing and fencing activities.

“The tension in Hacienda Luisita is escalating,” Ranmil Echanis, secretary general of the Unyon ng mga Manggagawa sa Agrikultura (Uma) said. “If real land distribution is not carried out and if militarization in the area continues, we just might see a situation not unlike the period which led to the tragic Hacienda Luisita massacre of 2004.”

Uma said that as early as August last year, Tadeco set up guard posts in Balete and Cutcut villages and issued eviction notices to a number of farmers who have long been tilling the said lands.

“All these point to the fact that what we have right now in Hacienda, to complement the sham land distribution of the DAR, is a reign of terror and impunity,” Sibayan said. “All these have been made possible because it is the Cojuangco-Aquinos who rule in Tarlac, it is them in fact, through Benigno Cojuangco Aquino III, who rule in the Philippines,” she added.

The protesters brought with them several scarecrows, which they set up along Dela Rosa St. to symbolize their commitment to ward off the reign of impunity and terror in Hacienda Luisita.

The Luisita farm workers in Metro Manila are set to join a delegation of hundreds of other farmers from Central Luzon and Southern Tagalog to attend this year’s commemoration of the 27th year of the infamous Mendiola Massacre on January 22.