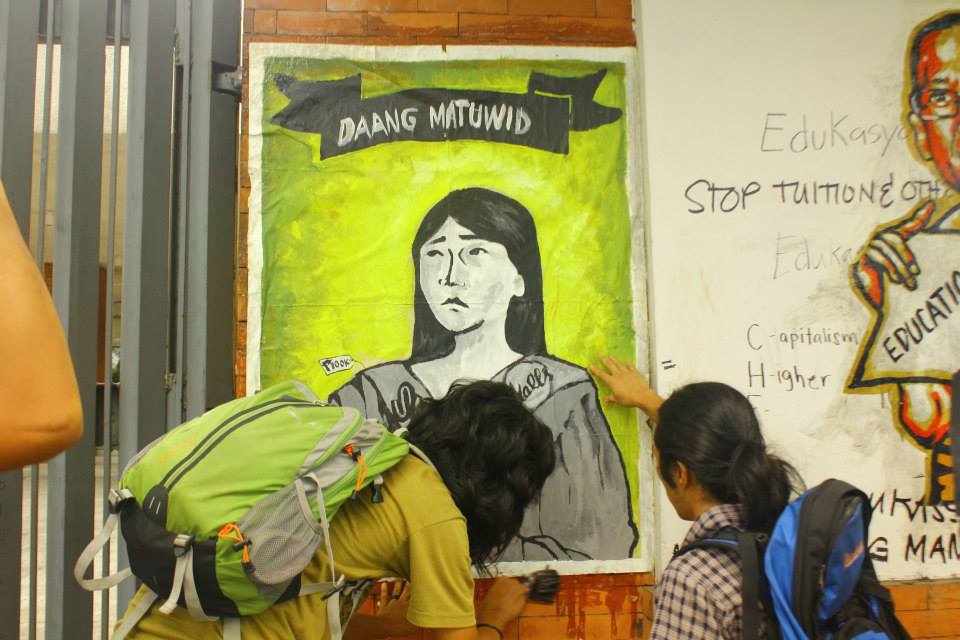 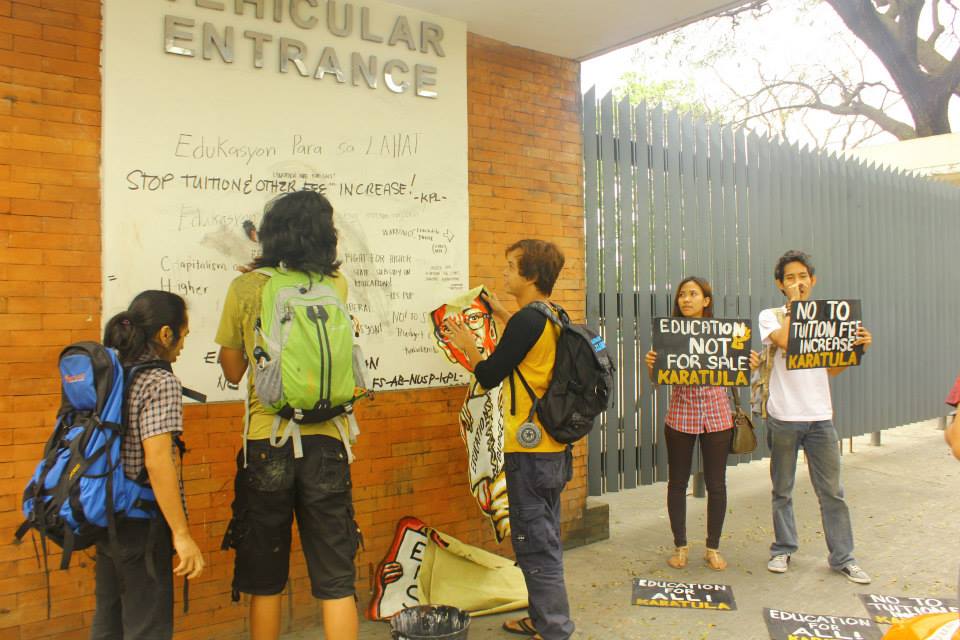 MANILA – Youth artists from Kabataang Artista para sa Tunay na Kalayaan (Karatula) made artworks on the gate of the Commission on Higher Education (CHEd), Jan. 29, Thursday to protest against tuition increases as schools prepare for another round of tuition consultation.

The group said wheatpaste works depicted different facets of the crisis in the education sector. From the use of education funds for military purposes, to graduates being subjected to the global demand instead of domestic needs and the market price of the youth’s future in general.

Menerva Espanta, Karatulan spokeswoman, said wheatpaste is a form of street art or art in public spaces. “It is appropriate to show our protest over the continued tuition increases coupled with the rampant price increases. President Benigno S. Aquino III’s policies have not only paved the way for the highest tuition costs in history but his education policy has also handed students in public universities a whopping budget cut.” 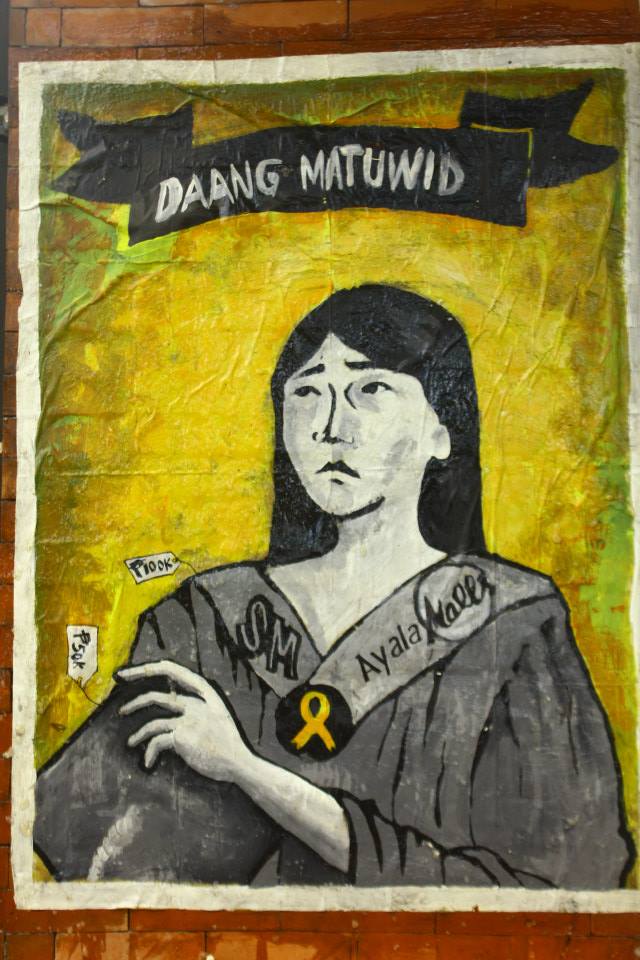 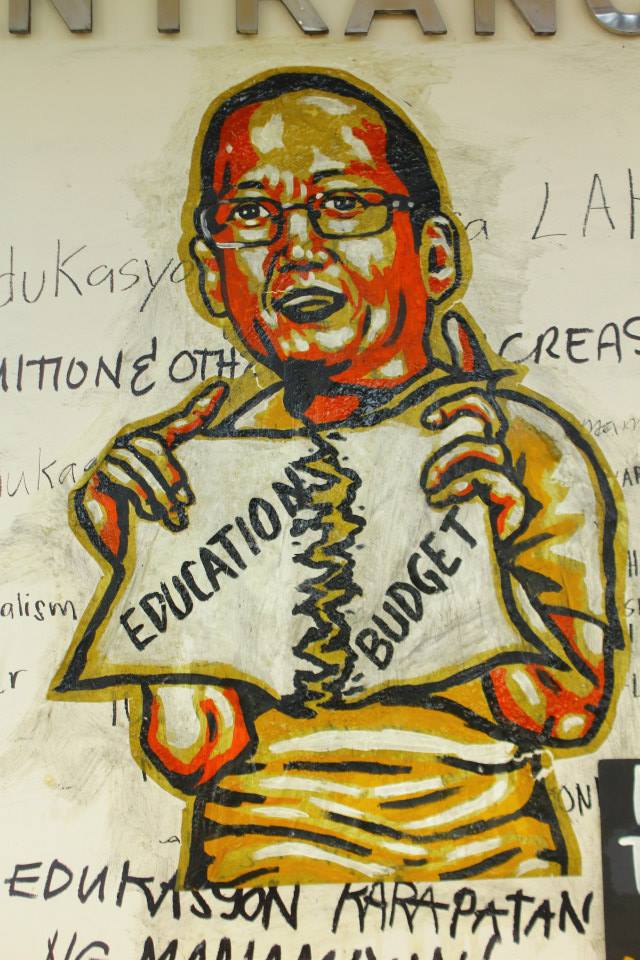 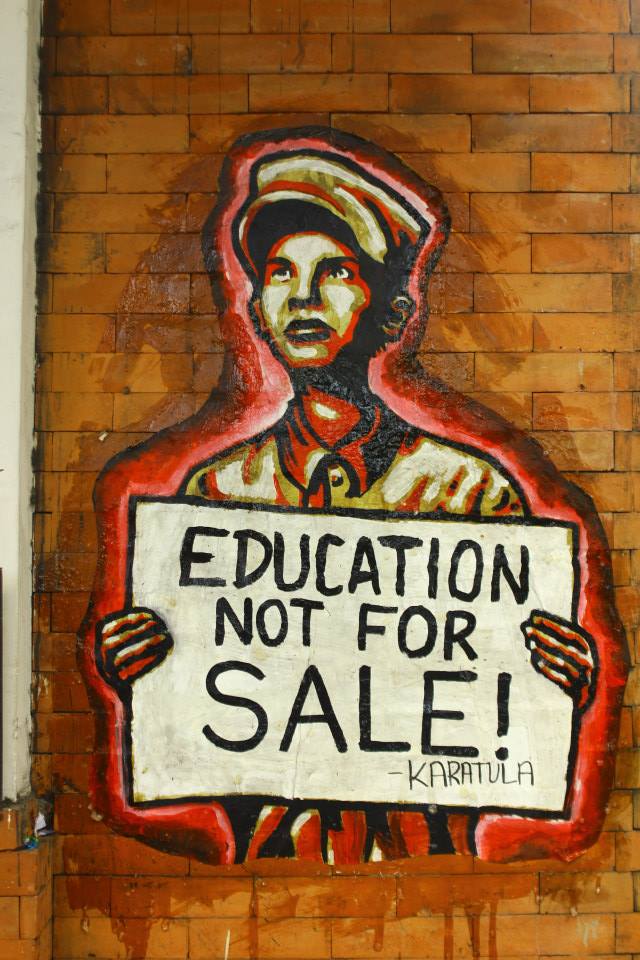 “Wheatpaste art and street art is accessible art, which should be the case for education,” she added.

According to the group, last year’s tuition per unit increased by 8.5 percent on the average and has more than doubled in the last decade. The group said under Aquino, even the number of schools that increase their tuition is drastically growing, from 222 schools in 2012, to 354 in 2013. Many are expecting more schools to increase their tuition this year.

This year, 26 state colleges and universities (SUCs) are facing massive budget cuts. Seven of these SUCs are located in Yolanda-affected areas.

“Commercialization only means one thing; less and less youth will be able to access the education that is so rightly theirs. Many in private schools will say that if the tuition is too high students should transfer to public schools. However the problem is even public schools are becoming less and less public. The Aquino government has left the youth no room to avail of their right to education,” Espanta explained.

“It is important for youth, students, parents, faculty and others, know that when February comes, there will be rounds of consultations in which the key stakeholders will not be invited or discouraged to be involved so that increases can be implemented more smoothly. This happens even if it is stipulated in CHEd policies that announcements should be publicly and conspicuously placed around campuses so that people, especially students can air their dissent against fee hikes,” said Espanta. 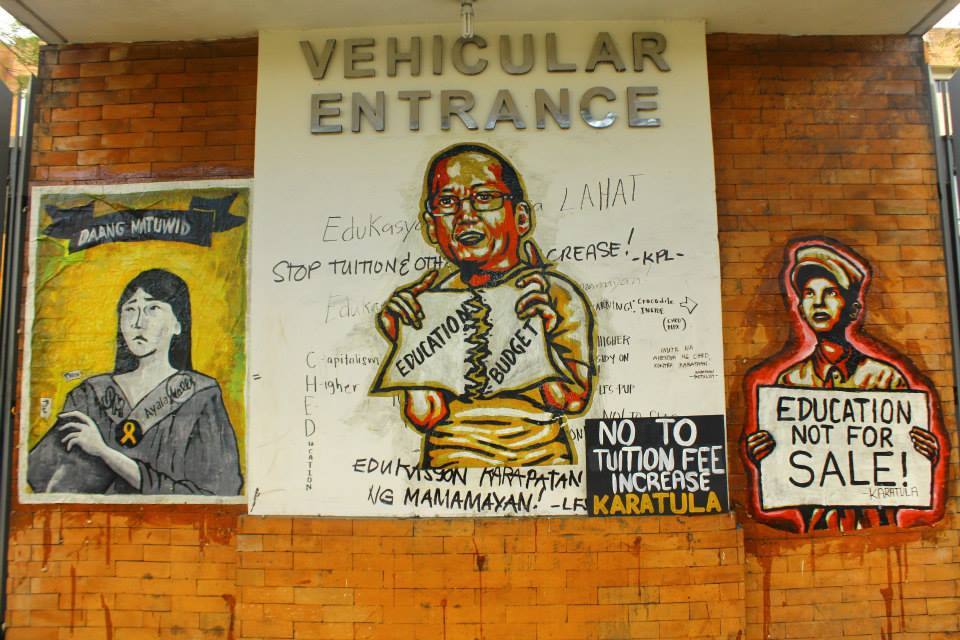 She added that “school administrations backed by Aquino and CHeD will not want students to know about their own violations of guidelines and of democratic rights.”