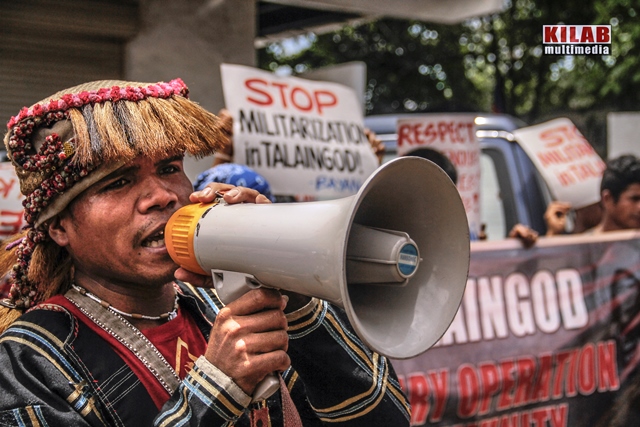 DAVAO CITY – Datus and representatives of the Talaingod-Manobo evacuees trooped to the offices of the National Commission for the Indigenous People (NCIP) and Commission on Human Rights (CHR) here to reiterate their demand of military pullout from their communities.

Almost a thousand evacuees, mostly women and children, have sought refuge in the UCCP Haran compound after experiencing gross human rights violations in the hands of the military.

The Armed Forces of the Philippines (AFP) have accused them of being “communists and or supporting communist rebels,” but they assert they are unarmed civilians.

Their leader revealed that they are in fact the target of the military in their operations. “It is not true that we are caught between the AFP and NPA. When the military bombed our communities and occupied them, did they find NPAs? No. Because the military’s real targets are us,” said Datu Doloman Dawsay, one of the tribal leaders and chairperson of Salugpongan ‘Ta Tanu Ig Kanugon.

Dawsay asked why the NCIP and the CHR, both tasked to protect their welfare, have so far been “inutile.”

The indigenous group refused to return to their communities unless the soldiers leave it first. They accused the military of having driven them away from their homes. 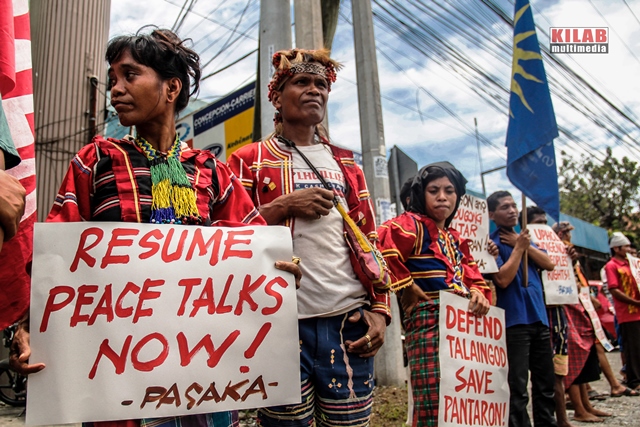 “Our people have been defending our land for as long as I can remember. We were able to drive away the Alcantara and Sons loggers 20 years ago, but now it is the military that is driving us from our homes,” Dawsay said.

Text and photos By KILAB MULTIMEDIA