“Every year, skyrocketing tuition and miscellaneous fees have always been a burden to students of SUCs and private HEIs. Although there is an existing Ched guideline regarding tuition and school fee increases, the said memo is a toothless regulatory paper. Not only does it fail to genuinely regulate tuition and other school fees increases, it also allows automatic tuition increases for incoming freshmen students.” – National Union of Students of the Philippines

MANILA –It seems that nothing could stop colleges and universities from increasing tuition and other fees. And it appears that the Aquino government does not intend to do so.

Commission on Higher Education’s (Ched) Circular Memorandum Order No. 3 series of 2012 or the Enhanced policies, guidelines and procedures governing increases in tuition and other school fees, introduction of new fees and for other purposes supposedly guarantees that proposals for increases in tuition and other fees by state universities and colleges and private higher education institutions (PHEIs) in the Philippines goes through a process of consultation with the students. But the said Memorandum or CMO 3 is often being violated by higher education institutions (HEIs).

Students from the National University (NU) and the De La Salle Araneta University (DLSAU) filed a complaint March 18 before the Ched regarding violations of CMO 3 by the administrations of their respective schools. The National Union of Students of the Philippines (NUSP) said that earlier, at around February, students from Far Eastern University, University of the East – Manila and Caloocan, San Beda College, among others, also filed complaints against their respective schools’ “autocratic, undemocratic and anti-student maneuverings to impose tuition increases in the guise of bogus consultations.”

According to the NUSP, the most common violations of CMO3 by school administrations are lack of genuine student consultations, no posting in conspicuous places of notices of consultation, non-release or lack of transparency on the breakdown of fee increases, not using increases in school fees for the intended purposes stated to justify it, non-release of financial statements, and “over-profiteering.”

According to the incoming NU Supreme Student Council (NUSSC) chairman James Bryan Deang, the school’s administration blatantly violates Section 6.1 of the CMO 3, which provides that notices regarding consultations for tuition and other fee increases should be posted 15 days before the actual date.

“We received an invitation from Mr. Renato Carlos Ermita Jr. of the Office of the Vice-President for Academic Affairs on Feb. 17, 11 days before the Feb. 28 consultation on increases for Academic Year 2014-2015. The letter however was dated Feb. 13 to make it appear that they sent the invitation 15 days before the deadline mandated by Ched,” said Deang.

“There is also no posted notice of consultation in our school’s bulletin boards. This is also required under the CMO 3,” Deang told Bulatlat.com.

The CMO 3 also requires HEIs to include information on the collection, duration and justification in the charging of other school fees. But Deang said that this was not included in the invitation.
The NU student council also requested for the latest audited financial statement and the comparative schedule of increasesas stated in CMO 3(Section 6.1 of Article III requires HEIs to make their financial statements available to interested parties upon request.) “They only gave the comparative schedule of increases and not the financial statement. From there, we see the lack of transparency on the side of the administration. How can we be sure that the money that the parents pay for their children’s tuition is being used properly? That is another violation of the CMO 3,” said Deang.

He said the student council held a consultation with the students on Feb. 27. The students reportedly wanted to know the justification for the increases and where it would be used. They also called for a stop to the increase in tuition and other fees.

Even though the proposal is supposed to be pending approval by Ched, Deang said, the administration had already included the increase in their online assessment of fees.

“The NU boasts that it is one of the most affordable universities in Manila. But with the pending increase (in tuition) it would no longer be affordable,” Deang said. He added that students also complain about the quality of education in NU. “The increase in tuition does not even translate into a better quality of education in NU. Some students complain about incompetent professors.”

The NUSSC also included in their complaint the proposed 9.95 percent increase in the tuition of incoming freshmen (from the previous $17.85 to $19.62). “Section 3 of CMO 3 stipulates that increases in tuition and other school fees for incoming freshmen are not covered. However, there are no reasons and legal basis not to regulate and supervise the incoming freshmen’s tuition and school fees because these are still school fees subjected to Ched rules pursuant to Section 42 of the Education Act of 1982,” Deang said in his open letter to students of NU and their parents which was published in NUSP website.

NUSP national president Sarah Elago said that CMO 3 is a toothless regulatory paper. “Every year, skyrocketing tuition and miscellaneous fees have always been a burden to students ofSUCs and private HEIs. Although there is an existing CHED guideline regarding tuition and school fee increases, the said memo is a toothless regulatory paper. Not only does it fail to genuinely regulate tuition and other school fees increases, it also allows automatic tuition increases for incoming freshmen students.”

In the midst of high prices of basic commodities and utilities,NUSP said,the only solution to make education affordable is to stop tuition and other fee increases. 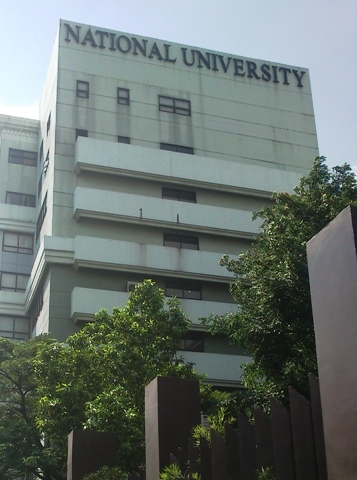 Deang, who lost his scholarship after filing a case against the NU administration for violating provisions of the CMO 3 said, “Education is not only for those who can afford expensive tuition. It is the right of Filipino students to have access to quality, accessible and affordable education.”

The NUSP, as member of the Regional Committee on Tuition and Other School Fees, which was established under the CMO 3, also submitted a recommendation to Ched on April 14. Among the NUSP’s recommendations is for: “The Ched to reject immediately and unconditionally all applications on tuition and other school fees hikes of the HEIs who clearly violated the guidelines. Likewise, the Commission should conduct an investigation and review of all fees collected, and order the refund of the illegally collected fees.”