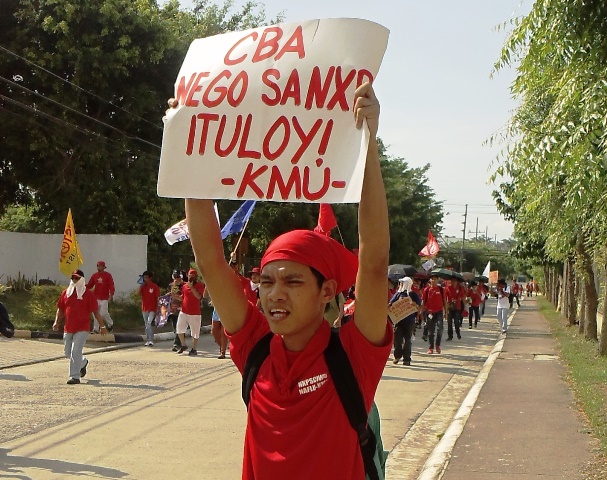 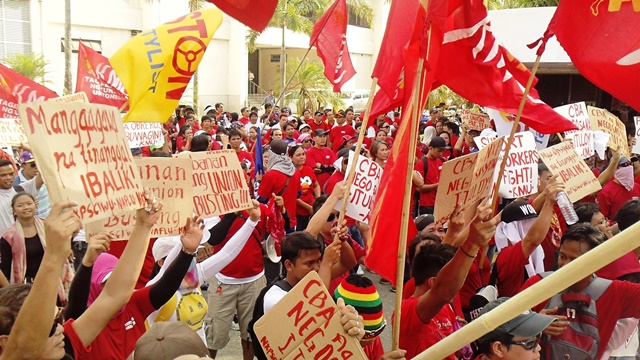 Members of the NXPSCI Workers’ Union managed to breach police barricades and hold a protest rally at the company’s compound inside the Light Industry & Science Park (LISP 1).

NXP (formerly known as Philips Semi-conductors), one of the biggest electronics firms in the world, terminated 24 union officials May 5 claiming they led “illegal strikes” on April 9, 17 and 18 and May 1, all of which are government-declared holidays. 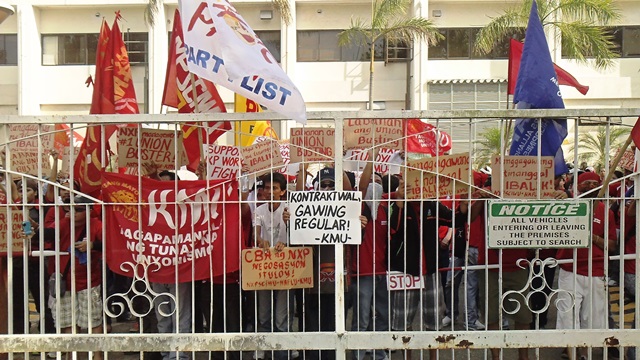