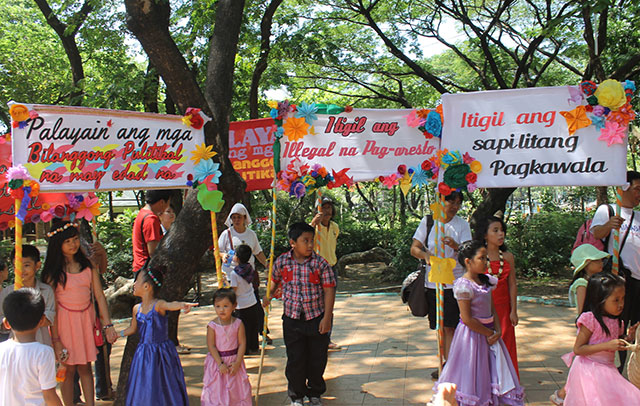 MANILA –Children of political prisoners and of victims of enforced disappearances participated in an alternative Santacruzan held at the Quezon City Memorial Circle, May 17.

Hustisya, an organization of families of victims of human rights violations, made use of the traditional May celebration of the Santacruzan, which portrays Reyna Elena’s search for the holy cross, to highlight their call for justice and peace. 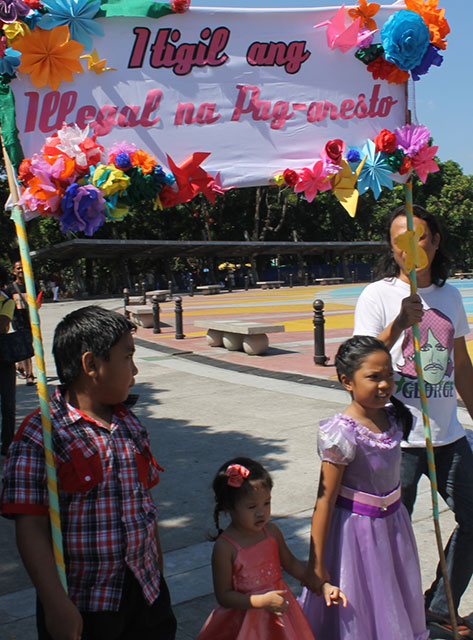 “The human rights violations experienced by people like the families of these children show there really is an absence of genuine peace and justice,” Hustisya secretary general Cristina Guevarra said in a statement. 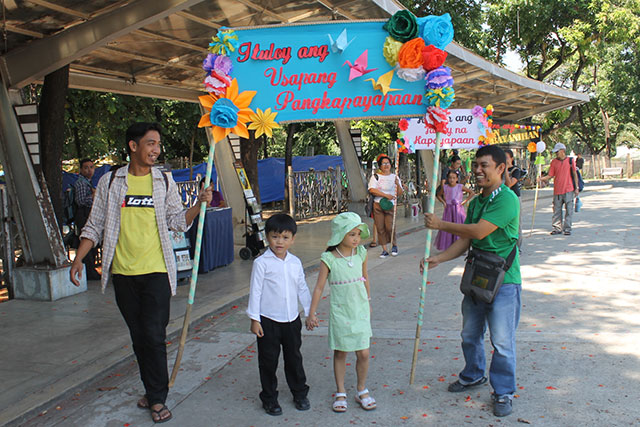 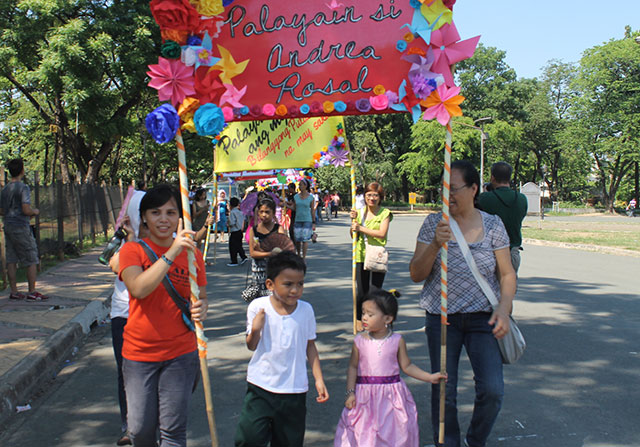 One arch read, “Free Andrea Rosal,” pertaining to the daughter of the late Gregorio “Ka Roger” Rosal just gave birth this morning. Hustisya said the charges against Rosal are fabricated. Rosal is one of the more than 400 political prisoners in the country. 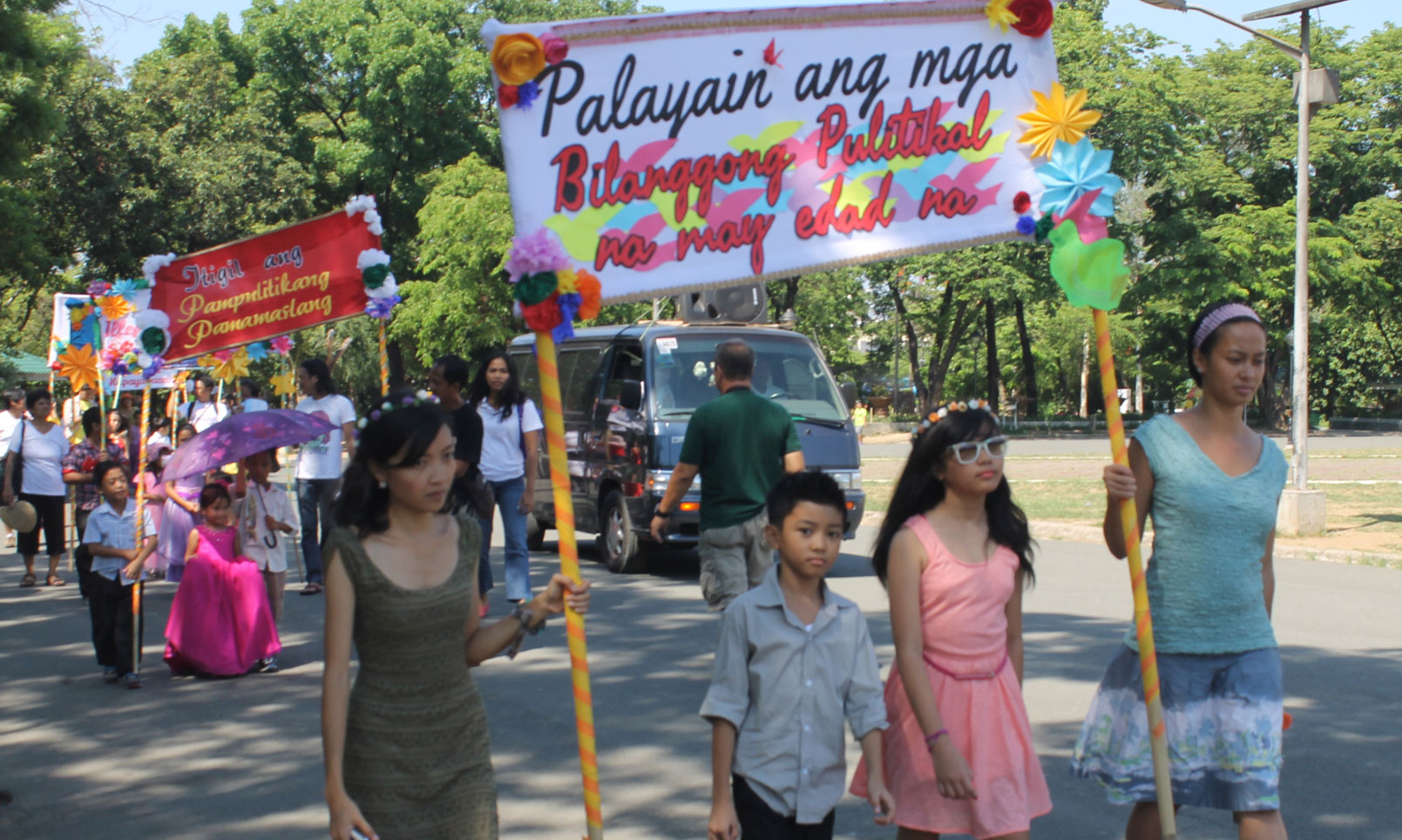 “We urge the Aquino government to heed these calls. This is not a plea, but a demand of the victims and their families,” Guevarra said.