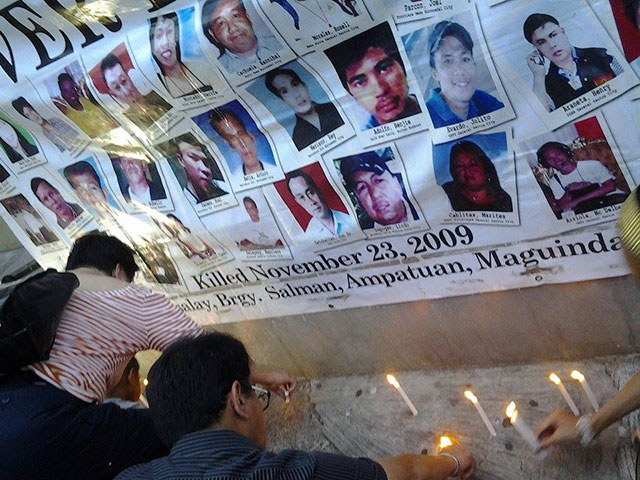 MANILA –Journalists and supporters condemned the killing of Digos City broadcaster Samuel Oliverio as they marked the 54th month of the Ampatuan massacre at the Sto. Domingo Church in Quezon Avenue, May 23.

Oliverio, 57, was on his way home from the public market when shot and killed by two unidentified men riding in tandem in Digos City at about 7:30 a.m. yesterday, according to the National Union of Journalists of the Philippines (NUJP) Mindanao Media Safety Office. 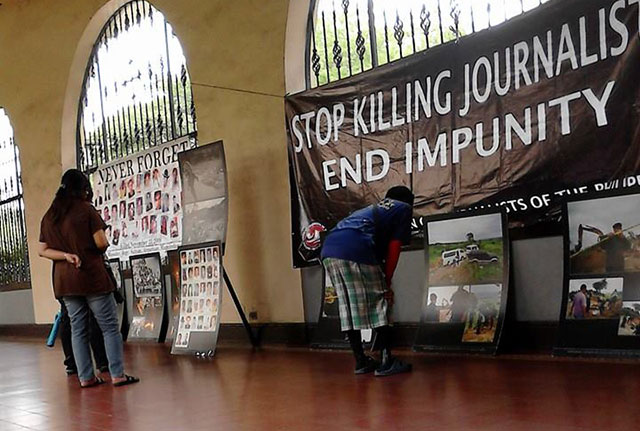 Oliverio used to anchor a block time program at Radio Ukay and Supreme Radio but had gone on leave since suffering a stroke in February. Journalists in Digos said Oliverio used to deliver scathing commentaries against the proliferation of illegal gambling and illegal drugs in the city. 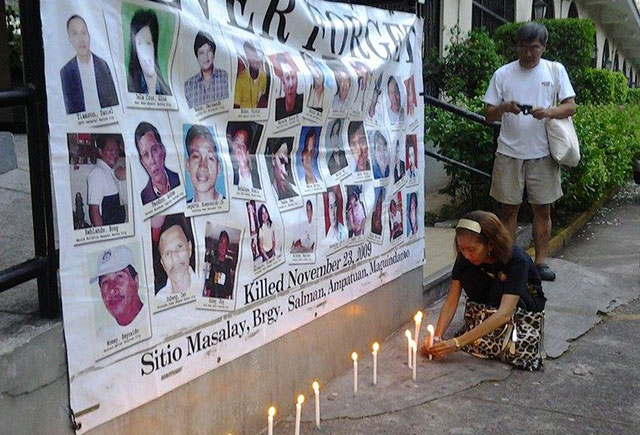 “We can almost predict what comes next: police setting up another of those useless task forces that have so far failed to nail any of the masterminds in the 163 media murders before Oliverio’s, and the government vowing to bring his case to ‘justice’ just as it has failed to do with all the other cases,” the NUJP said.

Members of the NUJP lit candles for the victims of the Ampatuan Massacre, of whom 32 are journalists and for Oliverio and other journalists killed under the Aquino administration.