Residents were forced to sign certificates of surrender, made to attend a three-day seminar, and threatened as the military conducted massive military operations in their communities.

Paquibato District, Davao City, has over 44,000 residents, majority of whom are farmers. But their lives and livelihood were suddenly disrupted because they fear for their safety.

Seven farmers of Paquibato Proper reported to the barangay cases of threats, harassment and intimidation allegedly perpetrated by the 69th Infantry Battalion (IB) and the Intelligence Group of the Armed Forces of the Philippines (AFP).

According to Barangay Captain Celso Bughao of Brgy. Lumiad, residents were forced to sign certificates from the AFP admitting that they are sympathizers or members of the New People’s Army (NPA). 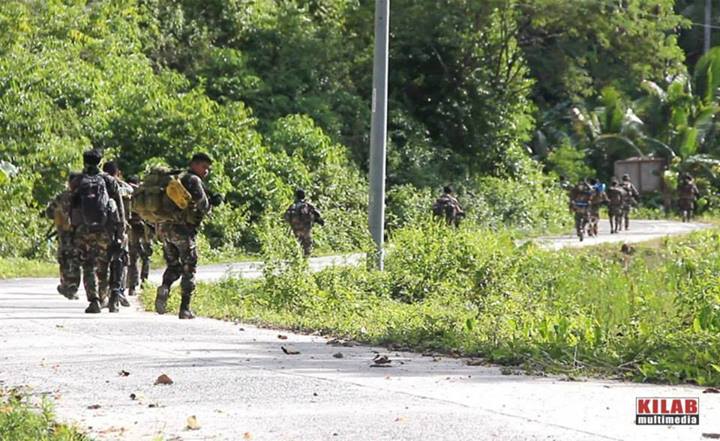 Majority of the residents lacked formal education, and thus were unable to understand the certificates, which were written in English. Despite that, at least 100 residents in three puroks (sub-villages) were intimidated by the military to sign. Some residents complied as they were told that they would be receiving support for their farm inputs.

In a statement issued to Mindanews by the 10th Infantry Division spokesperson Captain Ernest Carolina, he denied that the military forced people to admit that they are NPA members. Carolina said they asked residents to sign a “needs assessment survey” attesting that they were not hurt by the military. Carolina also said the form Bughao showed was used by the military for actual NPA surrenderees.

Not an isolated case

Karapatan–Southern Mindanao Region documented a total of 26 cases of threats, harassment, and intimidation of the military across eight of 13 barangays in Paquibato, majority of which were allegedly perpetuated by the 69th IB.

Other reported cases are physical assault and the filing of trumped up charges in Brgy. Paradise, Paquibato District and Sitio Libertad, Paquibato Proper. 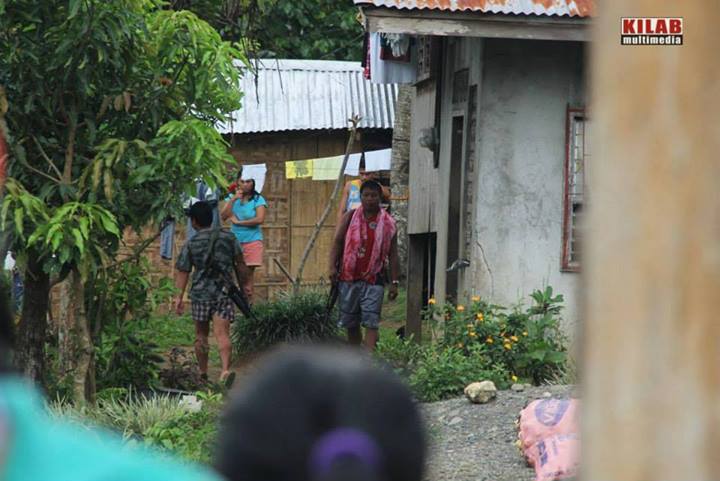 Encampment by the military was also reported in civilian settlements. Churches and barangay halls in Brgy. Lumiad were occupied, while pharmacies and puroks centers in Brgy. Paquibato proper and Brgy. Paradise Embac were also used as barracks. Troops also camped in an elementary school in Brgy. Lumiad.

Residents also cited the case of two farmers who exhibited signs of psychological problems after being victims of harassments and intimidation.

Further, residents also said they were forced to attend a seminar conducted by the police, the 60th IB and 69th IB on May 15 – 17 at the gym of Paquibato Proper. An estimated 400 participants were selected from among the 13 barangays of Paquibato District through the facilitation of barangay officials.

Residents complained that they were not informed that the seminar was a three-day activity and that they would not be able to tend to their livelihoods. Residents of Brgy. Lumiad said wives were told that during the three-day seminar, subsistence will be given to families in exchange for their husband’s attendance but this was not true.

Massive militarization is present not only in Paquibato, but also in several areas in the Southern Mindanao Region, particularly in Talaingod, Davao Del Norte; Magpet, North Cotabato and Maco, Compostela Valley.

In Talaingod, over a thousand individuals fled to Davao City last March following the aerial bombardment of civilian communities.

In Maco, Compostella Valley, cases of extrajudicial killings of Lumad leaders and anti-mining activists were documented.

According to Colonel Harold Cabreros, commander of the Philippine Army’s 1003rd Brigade, such cases in Davao are part of counter-insurgency operations as the military believe that NPA guerrillas are present in the area.

Davao City Mayor Rodrigo Duterte however raised the issue of civilians being caught in the crossfire, insisting that the safety and welfare of the community should be the top priority.