“The special treatment being given to [Ret. Col,. Eduardo ] Kapunan and being denied to his co-accused further exposes the rotten judicial system in the country. It definitely bodes ill for the quest for justice in the Olalia-Alay-ay double murder case.” – Kilusang Mayo Uno

MANILA — Workers led by national labor center Kilusang Mayo Uno (KMU) picketed the Court of Appeals in Ermita, Manila this morning July 3 to demand the jailing of the person they identify as “the chief suspect in the abduction and murder of labor leader Rolando Olalia and his aide Leonor Alay-ay in 1987.” Olalia was the chairman of KMU and Bagong Alyansang Makabayan when he was brutally murdered.

In a statement, the KMU condemned the decision of the Antipolo Regional Trial Court Branch 98 under Judge Ma. Consejo Gengos-Ignalaga which allowed retired Col. Eduardo “Red” Kapunan to post bail on the basis of his old age, yet denied the same to his fellow co-accused. 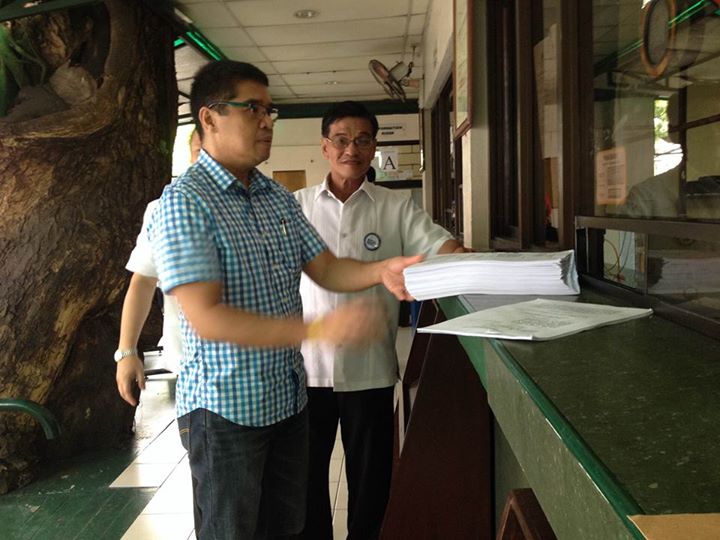 It noted that an injustice is being committed to Kapunan’s co-accused currently in custody, Sgt. Desiderio Perez and Sgt. Eduardo Bueno. Both are being tried on the basis of the same evidence lodged against Kapunan.

“The special treatment being given to Kapunan and being denied to his co-accused further exposes the rotten judicial system in the country. It definitely bodes ill for the quest for justice in the Olalia-Alay-ay double murder case,” said Lito Ustarez, KMU vice-chairperson.

While Kapunan was in custody, he had also received better treatment compared to his lower-ranking co-accused, the workers’ group had previously noted. Kapunan was held at the National Bureau of Investigation to be near hospitals, and not in jail; he did not attend the hearings wearing the orange shirt of the detainees, nor the standard handcuffs. Instead, he came to the hearing often escorted by heavily armed members of the Philippine Army and/or security of the NBI.

With Kapunan being allowed to post bail, Ustarez compared his treatment with that of Sen. Juan Ponce Enrile, who happens to be a chief suspect in the P10-billion pork barrel scam as well as the alleged top mastermind behind “Oplan Save the Queen” which, in 1986 when he was Defense Secretary, included the assassination of activist leaders. Enrile is also invoking old age to avoid detention.

“Kapunan, like his boss Enrile, is matanda (old) but also walang pinagkatandaan (incorrigible). They both deserve to be imprisoned; Enrile both for the Olalia-Alay-ay case and the pork barrel scam,” Ustarez said.

The labor leader expressed his group’s worry that the special treatment being given to Kapunan, one of Enrile’s chief operators, also bodes ill for the likelihood of Enrile being charged, detained, convicted and imprisoned for the murder of Olalia and Alay-ay.

“If the country’s justice system cannot even detain Kapunan, one of the lower-ranking criminals behind one of the most controversial crimes in history, then we have less reason to expect that it can detain Enrile in this case,” Ustarez said.

In the pork barrel mess, Enrile is currently threatened with detention “as Pres. Noynoy Aquino pretends that he is at odds with the former Senate President over the corruption issue,” Ustarez said. He noted that Aquino’s pretense of going after Enrile stops at this pork barrel issue, and does not touch on human rights.