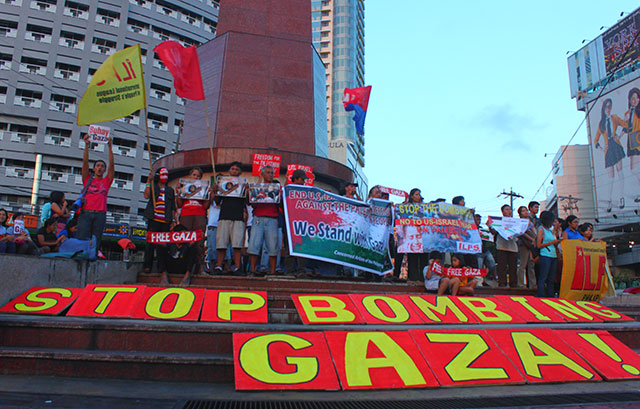 Led by the Concerned Artists of the Philippines (CAP), the protesters condemned the US-backed Israeli aggression against the Palestinian people. 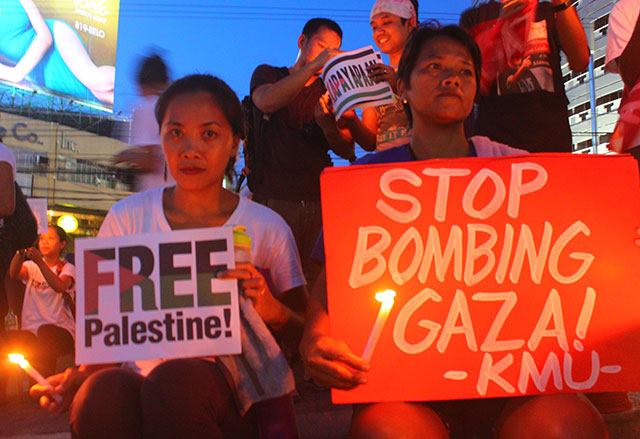 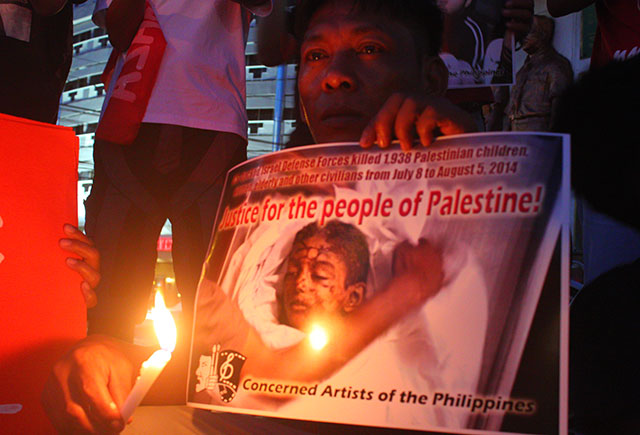 To date, nearly 2,000 Palestinians have been killed. According to the Unicef, 408 of those killed were children.

Renan Ortiz, CAP spokesman, slammed the use of white phosphorous bombs, a weapon prohibited under the Geneva Convention, by the U.S.-backed Israeli Defense Forces. Israel is the biggest recipient of US military aid, with $3 billion per year for a period of ten years since 1998. 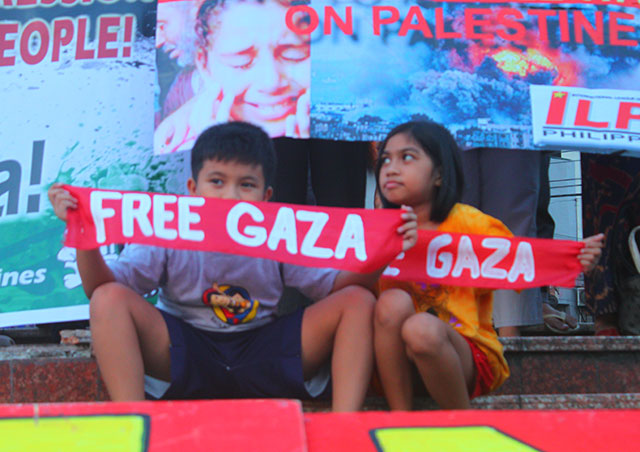 Chikoy Pura of The Jerks performed the band’s signature song Rage and the Beatles’s Imagine. 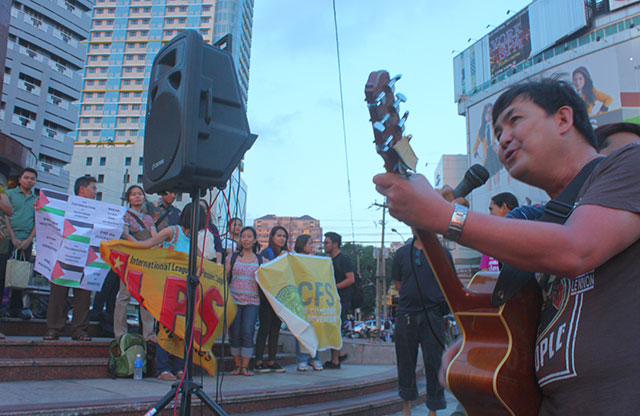 Other artists present were visual artist Boy Dominguez, members of the band Plagpul, composer Karl Ramirez, among others.

A group of yogis offered their warrior pose as a symbol of their solidarity with the Palestinian people. They held placards that read “Buhay para sa Gaza” (Life for Gaza), “Kapayapaan” (Peace), “Paggalang sa Sangkatauhan” (Respect for Humanity). 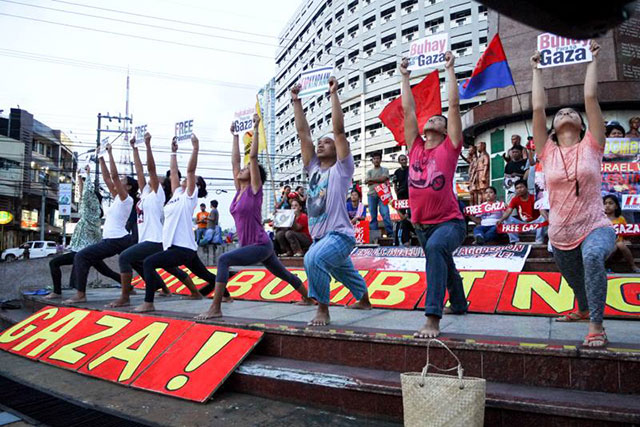