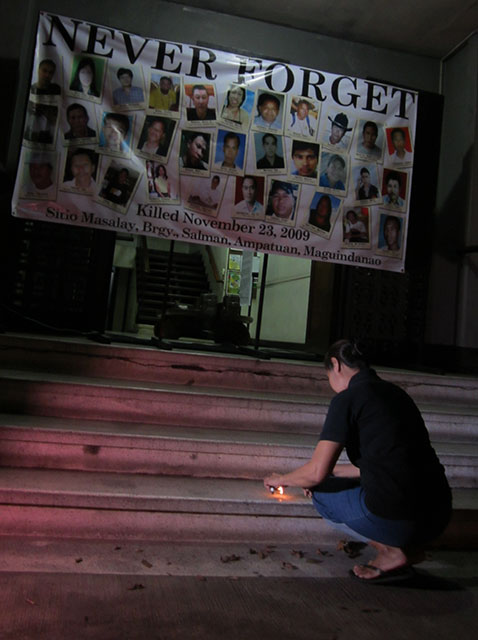 MANILA – Journalists, Church people and members of civil society groups came together, August 23 to mark the 57th month of the Ampatuan massacre at the National Council of Churches in the Philippines (NCCP) grounds, Quezon City.

The gathering started with an ecumenical prayer led by Rev. Juliet Solis of the United Church of Christ in the Philippines (UCCP). Solis joined the fact-finding mission in Ampatuan town, Maguindanao immediately after the Nov. 23, 2009 massacre that claimed the lives of 58 individuals. 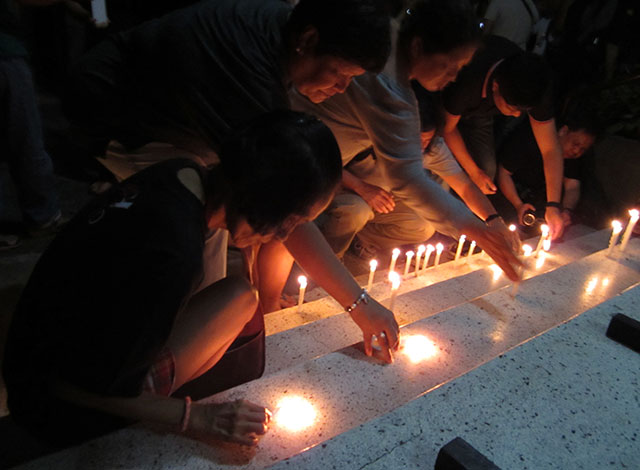 Sonny Fernandez, one of the directors of the National Union of Journalists of the Philippines (NUJP) said the integrity of the prosecution is now under question due to allegations of bribery. He called on everyone to remain vigilant so that justice would be served to the victims.

In a solidarity message read by Mervin Toquero, the NCCP said the Ampatuan massacre is a grim reminder of the prevailing culture of impunity. NCCP chairman Ephraim Fajutagana and general secretary Rev. Rex Reyes said they were indignant at the lack of political will of the Aquino administration to resolve the case. 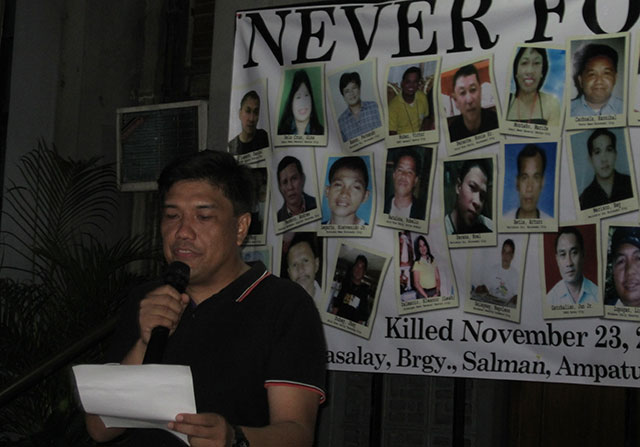 Edith Tiamzon, wife of one of the 32 journalists slain in the massacre, led the lighting of candles for the 58 victims. 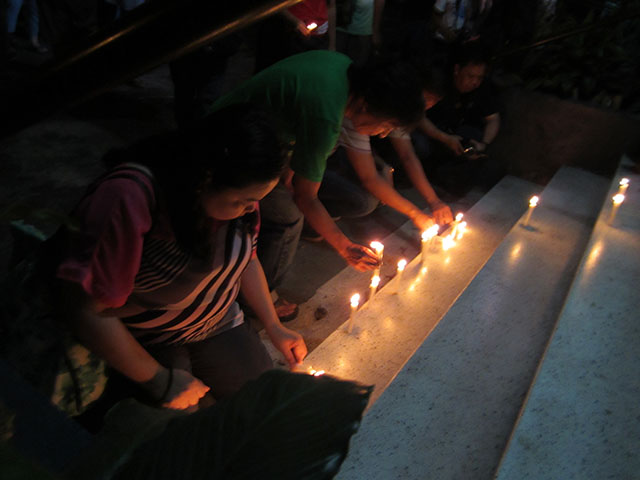 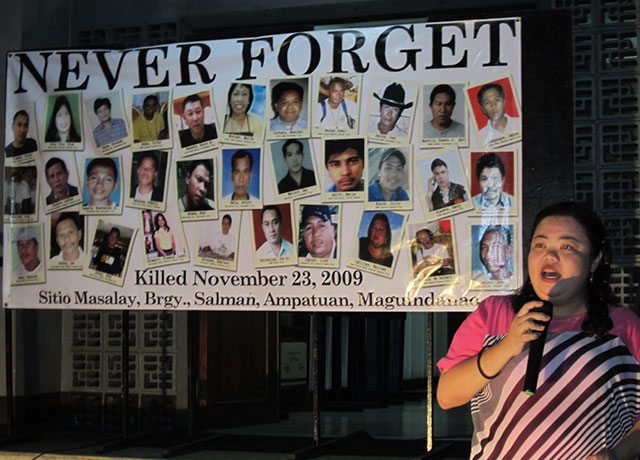