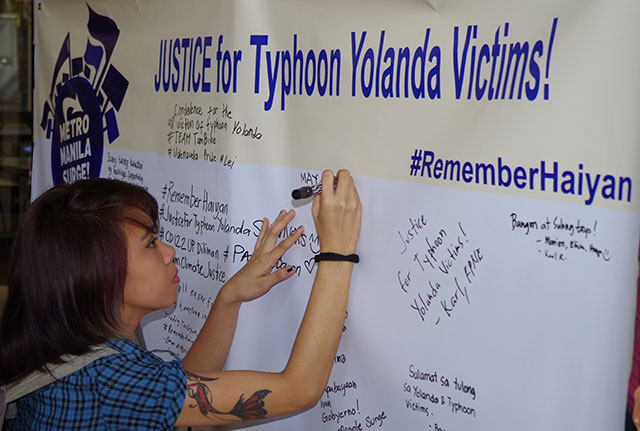 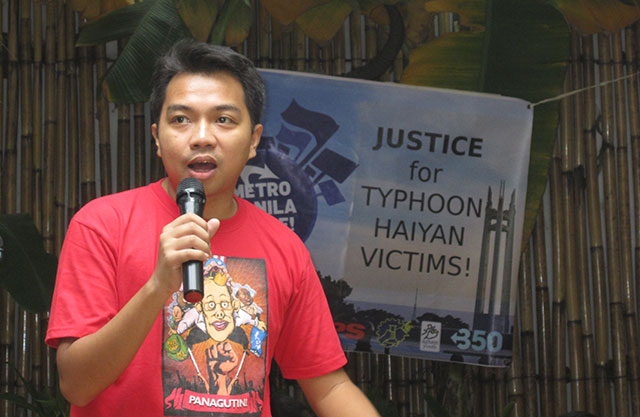 Organized by environmental group Kalikasan PNE, the activities at the Quezon City Memorial Circle, Nov. 8, were dubbed as Metro Manila Surge and a part of the Global Day of Solidarity for Yolanda Victims. 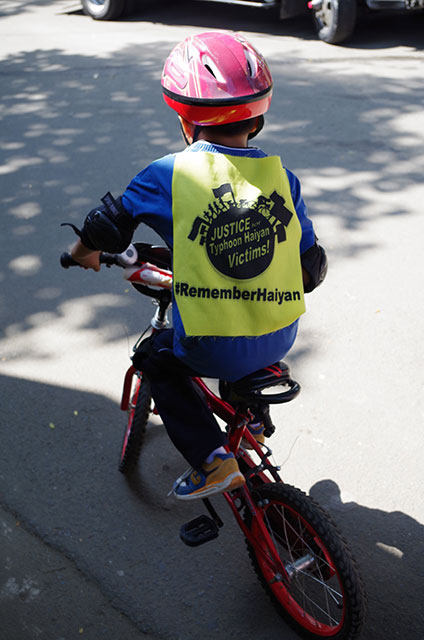 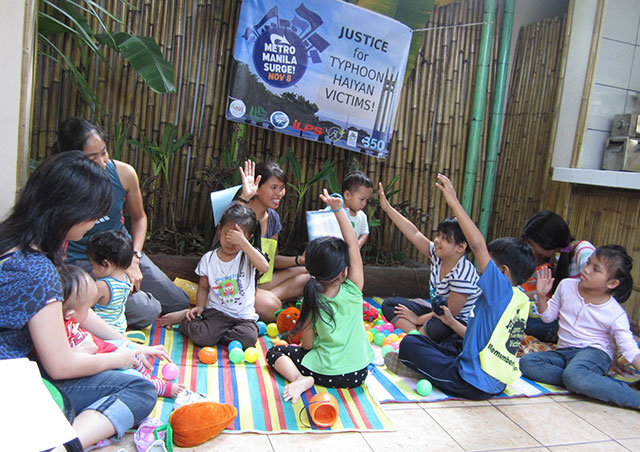 Ryan Murillo, one of the bikers and a member of cultural group Sining Bugkos, said,
“This is our little way of being in solidarity with the million victims of Typhoon Yolanda.”

Joanna Almodal, a mother and breastfeeding advocate noted that mothers and children compose most of the 800,000 reported typhoon victims suffering from psychological trauma and depression. Almodal lamented that the Aquino administration has not provided any psychological support or mental health help program to address this depressing situation. 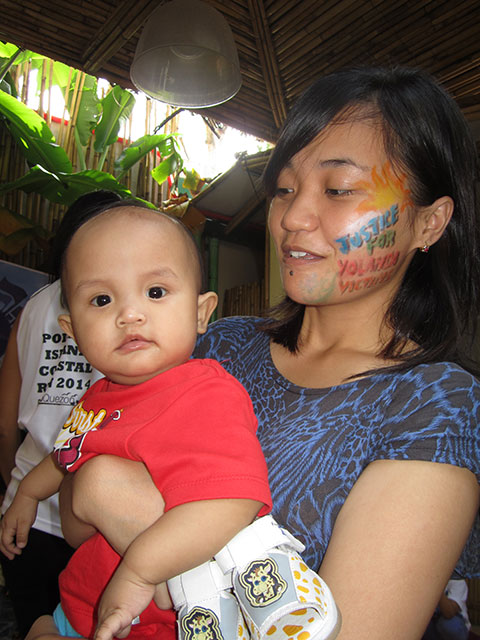 Clemente Bautista of environmental group Kalikasan PNE demanded accountability from government for “failing to provide adequate support to the survivors and rehabilitate the Yolanda-affected areas.”