“The project is so extensive but the welfare of the people that would be affected in Capas, Bamban towns and Mabalacat city is not being considered.” – Anakpawis partylist Rep. Fernando Hicap

MANILA — Progressive lawmakers of the Makabayan coalition filed a resolution on Nov. 26 pushing for a congressional probe on the megazone Clark Green City project of the Bases Conversion and Development Authority (BCDA), which threatens to displace thousands of Aytas and peasants in the military reservation in the boundaries of Tarlac and Pampanga.

House Resolution 1171 calls for a joint investigation by the committees on agrarian reform, national cultural minorities, agriculture and food, ecology and human rights to investigate the impact of the 36,000-hectare project on the communities, food and agricultural production and the environment in Capas and Bamban in Tarlac province and Mabalacat city in Pampanga.

Based on the project’s master plan, Clark Green City will have five districts: for the government, central business, academic, agri-forestry research and development, and wellness and eco-tourism. 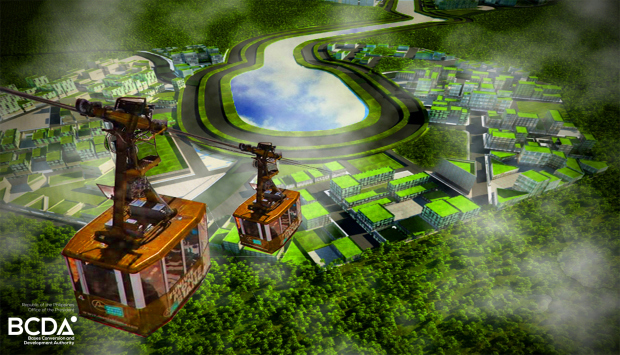 “The project is so extensive but the welfare of the people that would be affected in Capas, Bamban towns and Mabalacat city is not being considered,” said Anakpawis partylist Rep. Fernando Hicap in a statement. “It is just reasonable that it should be investigated,” Hicap said.

The resolution is supported by the report of the recent International Fact-finding Mission of the Kilusang Magbubukid ng Pilipinas and the Asian Peasant Coalition which interviewed Ayta and peasant residents in Capas and Bamban.

The IFFM report said the communities in the project area are engaged in agricultural production, but are direly lacking government support in health, education, and infrastructure such as roads. The project would also be encroaching into the ancestral territories of the Aytas who are holders of Certificates of Ancestal Domain Titles.

The resolution said BCDA president Arnel Paciano Casanova claimed in an Aug. 6, 2013 post on the BCDA website that the lands covered by the project “had long been idle.”

The resolution also cited the opposition to the project of several Ayta and peasant groups such as the Kilusang Nagtatanggol sa Inang Kalikasan (KNIK), which said that project will evict some 20,000 from their homes and livelihood.

The peasant group Alyansa ng Magbubukid sa Gitnang Luson had reported cases of abuses by soldiers who prohibited residents from tilling their lands or bringing in materials for construction of their homes.

“It is rather insensitive to express support to a project without taking into account what would happen to the affected people,” Hicap said.