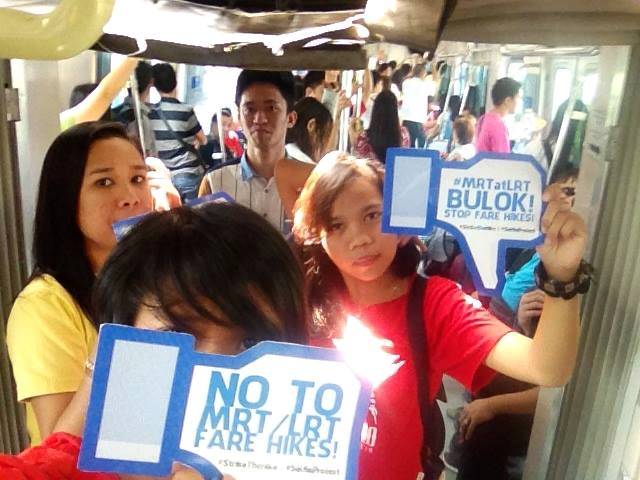 MANILA — As MRT and LRT fare hikes began Jan 4, a consumers group called #StrikeTheHike urged train consumers to air their protest by taking their selfies on trains and train stations and posting it on various social media platforms with the hashtag #StrikeTheHike or #NoToMRTLRTFareHikes.

The gathered photos are to be posted in the Facebook community page: https://www.facebook.com/StrikeTheHike. Members of the group initiated the project by holding a ‘lightning selfie protest’ on Jan 4 at the LRT 2 – Pureza Station in Sta. Mesa, Manila. 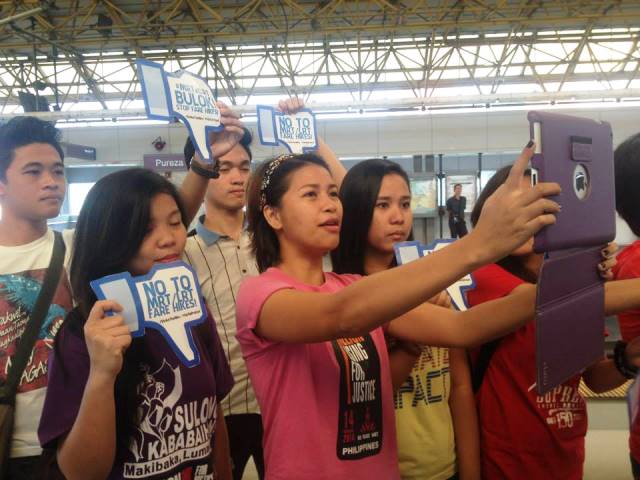 The group had started their #SelfieProtest campaign last year by gathering ‘selfies’ of commuters taken in various train stations.

“The selfie protest is just the online aspect of the massive disapproval of the Filipino people against this anti-people policy being implemented for the benefit of private companies. Not even a single centavo of increase for the MRT and LRT is unjustifiable as its service to the riding public remains poor,” says Mark Louie Aquino, spokesperson of #StrikeTheHike Network. 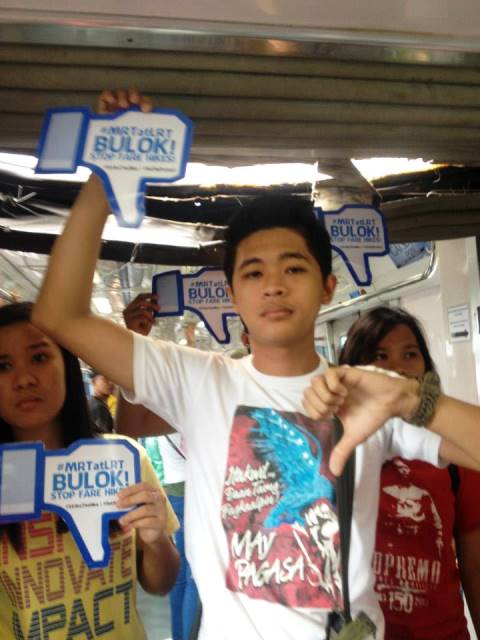 President Aquino has belittled the protesters to the fare hike the other day, even as various groups are emailing statements of protests to the media and launching protest actions at LRT and MRT stations.

Aside from this online protest, various groups have set street protests to unwelcome the fare hikes. Protests are currently happening in various train stations of MRT and LRT (today Jan 5) and they vow that in the days to come, they will launch pickets in front of concerned government agencies. 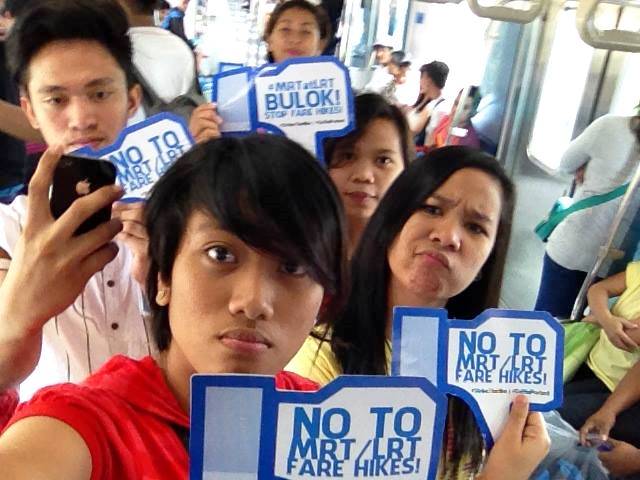 A petition seeking a Temporary Restraining Order of the fare hikes is also to be filed today by Bayan, Bayan Muna and other commuter groups at the Supreme Court.

The #StrikeTheHike Network blames President Benigno Simeon Aquino III for what they described as “clear neglect of the government of the train commuters.” Accidents have plagued the MRT in 2014, and cries of corruption, mismanagement and cronyism have not yet been investigated. The national budget has also continued to allot billions for the said trains, giving rise to questions as to why the fare hikes are still being implemented. 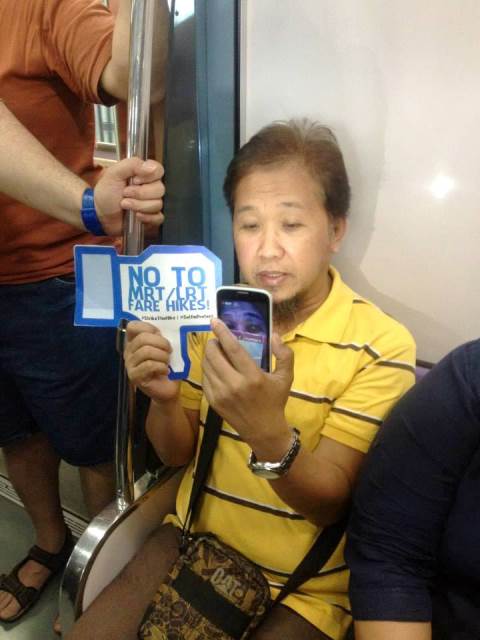