DAVAO CITY – More than 900 lumads evacuated from San Luis, Agusan del Sur due to the mining interest in the area, the Banwaon datus said Monday.

According to the records of human rights group Karapatan in Caraga, 207 families involving 969 individuals were forced to evacuate their community “due to threats by paramilitary groups and elements of the 26th Infantry Battalion- 4th Infantry Division Philippine Army (26IB-4th ID PA) under Lt. Col. Rolando Dumawa in villages in San Luis to pave way for the entry of mining companies in the area.” 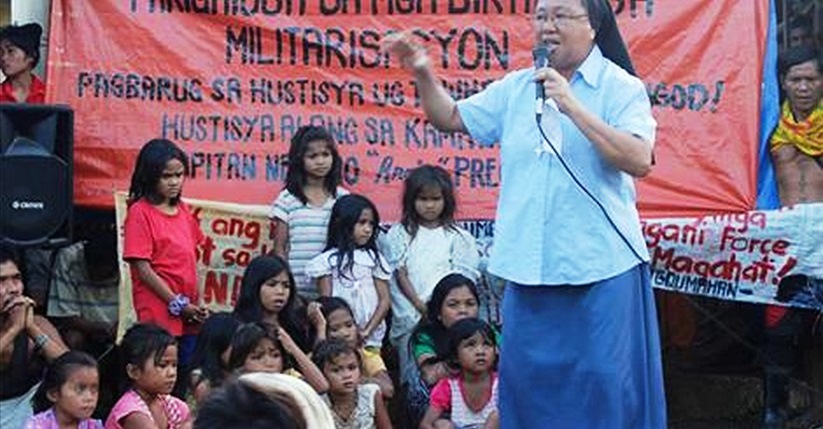 Twenty-two individuals were harassed and intimidated, 10 innocent civilians were used as guide in military operations, seven were forced to surrender and claim they were members of the New People’s Army (NPA), and 11 were victims of indiscriminate firing, Pangilinan said.

Datu “Bagal” Mauro Mansilyohan, a chief community adviser of the Banwaons in Sitio Tabon-Tabon, Barangay Mahagsay, San Luis, said “the paramilitary groups in the area wants us to give up our ancestral domain to them through a unified Certificate of Ancestral Domain Title (CADT).”

“Mario Napungahan, a tribal chieftain who used to be with the Citizen Armed Force Geographical Unit (CAFGU), wants us to transfer to their community so that the ancestral domain of the Banwaons will be consolidated under his supervision and leadership,” Mansilyohan said.

He added Napungahan wants to consolidate the CADT because he wants mining corporations to operate in the ancestral domains of the Banwaons in San Luis.

Meanwhile, Ricky Hogsalan, vice chairman of sitio Tabon-Tabon, said they were invited by the members of the 26IB-4th ID PA in Barangay Mahagsay on November 23, 2014 to discuss the CADT.

“The military personnel talked to each of us. They questioned our refusal of the consolidated CADT for our ancestral domain,” Hogsalan said.

Hogsalan said through the army’s Community Organizing for Peace and Development (COPD), the soldiers and paramilitary groups were “constantly convincing indigenous peoples” about the benefits of mining and the CADT under Mario Napungahan.

On Feb 1, some 20 Banwaon datus representing the tribal communities affected by the evacuation held a meeting. They agreed that it is the corporate mining interest in the area that is causing the militarization and harassment of members of the communities which in turn lead to their forcible evacuation, Hogsalan shared.

In a separate statement, the Eastern Mindanao Command of the armed forces alleged that the NPA has “intimidated the indigenous peoples” causing the massive evacuation.

Goaynon, however, said “the collusion of the military and the lumad bandits in the hinterlands has paved the way of foreign mining corporations which will surely destroy our environment.” He added that the armed forces have been training these “bandits” through the Investment Defense Force (IDF) program.

Goaynon echoed the IPs’ calls for the COPD operations in the community to stop and to “let the Banwaons decide for themselves without threats and intimidation.” Reposted by