You Are Here: Home → 2015 → March → 17 → Healing the Hurt project launched to promote rights of indigenous peoples 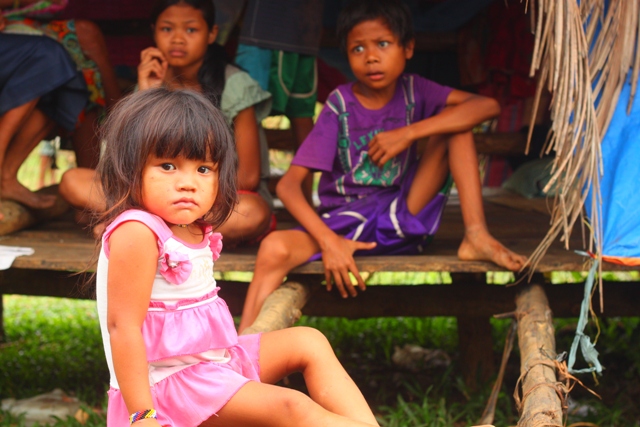 A European Union-funded project helps strengthen the indigenous peoples unity to fight for their social, economic and political rights.

SAN LUIS, Agusan del Sur – In the early morning of March 10, the datus from different tribes gathered for a ritual at the evacuation center in Balit, San Luis, Agusan del Sur.

Two wild boars were slaughtered. One, was an offering for datus to unite in their struggle for their ancestral lands. The other was in acceptance of the European Union’s Healing the Hurt Project.

The Healing the Hurt project, which aims to promote the Mindanao indigenous communities’ social, economic and political rights, was also launched that day by the Rural Missionaries of the Philippines-Northern Mindanao Sub-Region (RMP-NMR).

The project is supported by the European Union (EU) with a grant of P31 million (€623,766). The project consists of activities on education, capacity-building and promotion of rights of indigenous peoples.

About 17,000 indigenous peoples from 43 communities in the provinces of Misamis Oriental, Bukidnon, Agusan del Norte and Agusan del Sur stand to benefit from the project.

RMP-NMR head Sr. Ma. Famita Somogod, MSM, said aggressive industrialization in Mindanao has led to intrusions by corporations into the indigenous ancestral domains, which have led to discrimination, and sometimes outright violence against them.

In less than a decade, the RMP-NMR, together with other human rights institutions, has documented several cases of extra-judicial killings (EJKs) of indigenous leaders. Of the 50 indigenous peoples killed since June 2010, at least five were datus or traditional leaders.

The killings have consequently led to the insecurity of thousands of indigenous families.

Jomorito Goaynon (Datu Imbanwag), chairperson of the Action-partner Kalumbay Regional Lumad Organization, said “the killing of a datu is a big blow to an indigenous community because the community depends on him on almost every aspect of community life, from personal conflicts within families, to feuds between clans.”

Goaynon said there are also more than a hundred Lumad leaders that are facing fabricated criminal charges, hindering them from carrying out their human rights work because of pending warrants of arrest, subpoenas, and other form of judicial harassment and intimidation.

“The present day insensitivity of institutions that promote the culture of chauvinism and discrimination results to xenophobia of the majority Filipinos against the Lumads that further leads to the perpetuation of rights violations against them,” Goaynon said.

After the offering, the datus gave prayers in the second part of the ritual. Katribu national chairperson Beverly Longid expressed solidarity among Banwaons and the Lumads facing harassments perpetrated by the state forces. She encouraged the indigenous peoples across the nation to act united.

Goaynon said the indigenous leaders and their community are strengthening themselves, armed with knowledge on their right to ancestral land so they can protect themselves also in legal battles.

Other project partners include IBON Foundation, the Union of People’s Lawyers in Mindanao, and the Community Based Health Services-Northern Mindanao.