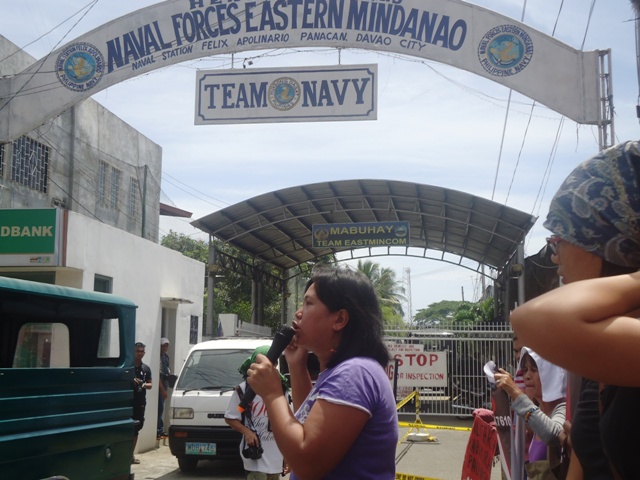 MANILA – The progressive women’s group Gabriela held a protest action in front of the Eastern Mindanao Command in Davao City on April 27 demanding that the Armed Forces of the Philippines surrender a soldier charged with rape.
The group said on April 8, the Malaybalay Bukidnon Municipal Trial Court has issued a resolution citing probable cause on the rape case filed by “Jessa” against Pfc. Benjie Blancada of the 84th Infantry Battalion assigned in Bukidnon.

“We are here to challenge Maj. Gen. Aurelio B. Baladad, Commander of the Eastern Mindanao Command to take action and surface his man and take him to court,” said Mary Ann Sapar, secretary general of Gabriela in the Southern Mindanao Region. 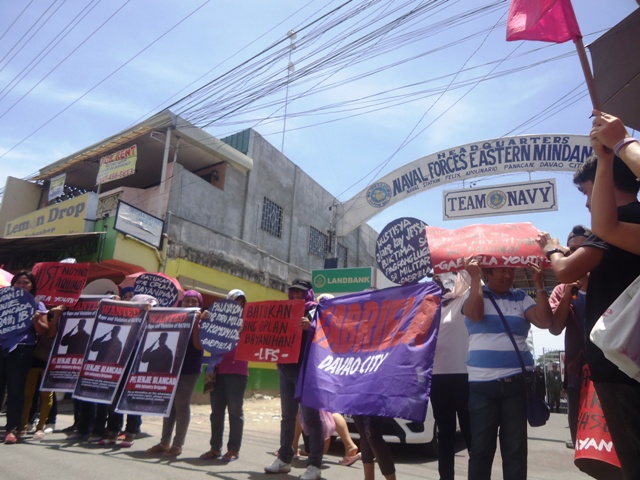 Sapar said their group is not convinced that Blancada went AWOL (absence without leave), as the military claimed.
“We are pretty sure that the Armed Forced of the Philippines is coddling Blancada and other rights violators. It’s such a shame for the entire AFP to have a rapist like Blancada and other violators within their rank,” she said.
They decried the intensified militarization in the hinterlands, specially in the peasant and Lumad communities which result to violence against women and children. 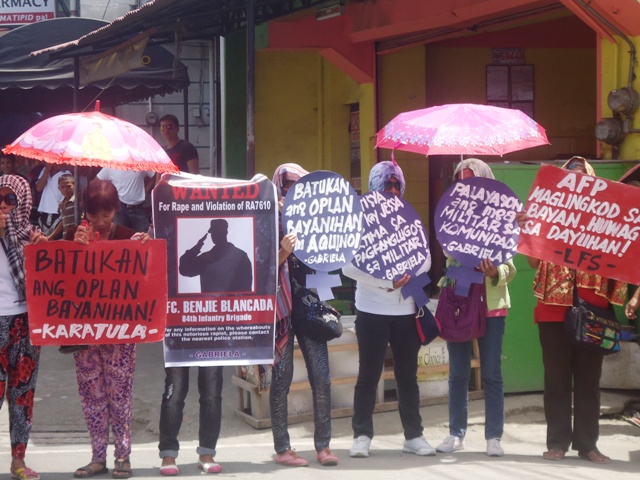 “We are wary and enraged that cases of rape and other sexual abuses will continue to rise as long as military men remain in the communities,” Sapar added.