“We come together for every Filipino’s life, honor and dignity. We do not want more Mary Janes to suffer because of the Aquino government’s failure and neglect.”

MANILA –Mary Jane Veloso got a temporary stay in her scheduled execution early this morning.

Edre Olalia, head of the Filipino pro bono lawyers of the Veloso family and secretary general of the National Union of Peoples’ Lawyers, said the temporary stay was granted to give way to the legal proceedings in the country, following the surrender of Mary Jane’s recruiter yesterday.

“We said that only the people can save Mary Jane. We fought a good fight, we would like to think it was the best fight that we could ever wage, and because of this we have prevailed,” Garry Martinez, chairperson of Migrante International, said.

At around 2 a.m., protesters keeping vigil at the Indonesian embassy broke into cheers and tears as Martinez announced that Mary Jane was given a temporary reprieve. 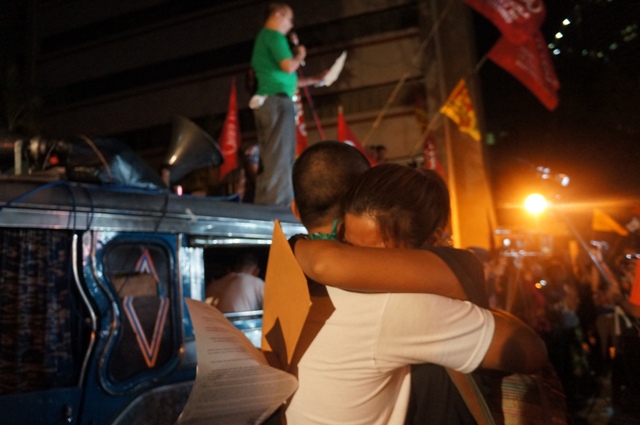 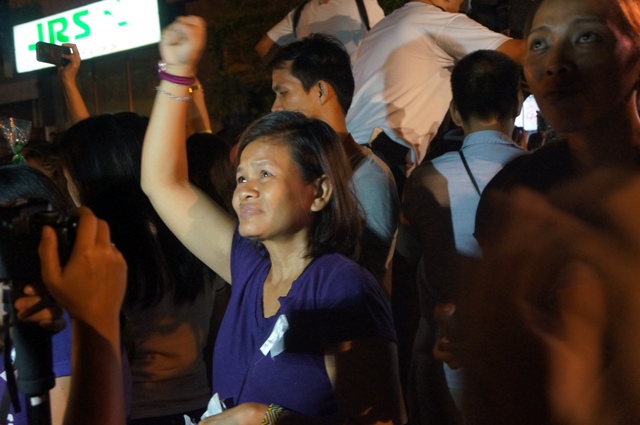 “The whole Filipino nation and the world now cry tears of joy, but collectively, with peoples of other nationalities, we rage against the injustice done to Mary Jane,” Martinez said.

Mary Jane’s alleged recruiter Ma. Kristina Sergio surrendered to Philippine authorities yesterday, April 28, citing threats to her life. But Martinez told the media that her belated surrender would not happen if not for the pressure mounted by the people.

Early last night, Martinez had tearfully announced that the Indonesian authorities will push through with the execution, following the rejection of Mary Jane’s plea for clemency.

Martinez warned the Aquino government not to claim the people’s victory.

“Wag kang epal,” he quipped during the protest. This was followed by chants calling for Aquino’s resignation.

Martinez said that if not for local and international pressure, “Aquino would not have been compelled to take urgent action.” 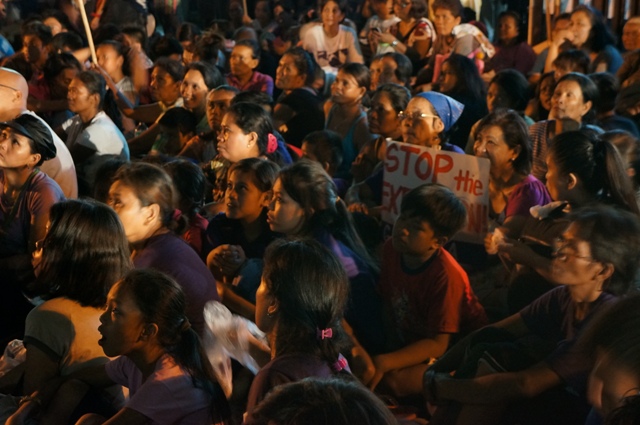 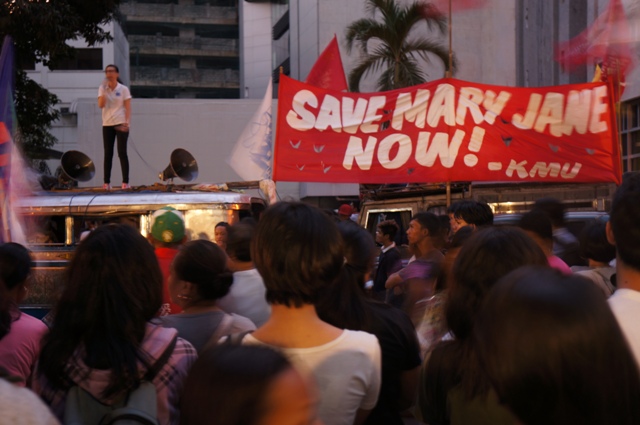 Bayan Muna Rep. Carlos Zarate told the media that this is not the end of the fight and that efforts to save Mary Jane must continue.

Martinez said, “We celebrate the people’s victory by demanding a change to the very system that preyed on Mary Jane’s desperation and almost took her life. We come together for every Filipino’s life, honor and dignity. We do not want more Mary Janes to suffer because of the Aquino government’s failure and neglect.”