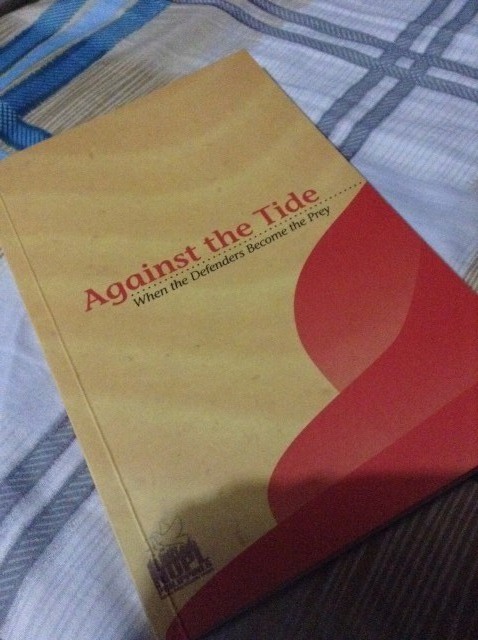 “Anything that’s worth telling and retelling should be put in writing.”

The National Union of Peoples’ Lawyers (NUPL) launches two books that memorialize the experiences and challenges of peoples’ lawyers.

The books were titled, “Against the tide: When the Defenders Become the Prey” and “Fighting Back: In and Out of the Courts.”

“Anything that’s worth telling and retelling should be put in writing,” Edre Olalia, the secretary general of NUPL and also one of the editors of the books, said in an interview. NUPL gathered these stories to give insights and lessons to others, he added.

The first book, “Against the tide: When the Defenders Become the Prey,” contains the stories of nine peoples’ lawyers who experienced attacks, harassment, and were maliciously branded as enemies of the state because they chose to fight for the rights of the oppressed.

Even though being a peoples’ lawyer poses risks not just on one’s life, but also on one’s family, this does not stop them to fight for the rights of the marginalized.

Lawyer Josalee Deinla said, “They consider beating the odds within the legal and justice system for a just and humane society to be their most treasured and fulfilling reward.”

The second book, “Fighting back: In and Out of the courts,” is a compilation of the stories of the biggest cases handled by NUPL and how they fought beside their clients inside and outside of the courtroom.

“Both books show that amidst all odds, sacrifices, dangers, being a lawyer for the poor and the oppressed is all worth it,” Olalia said.