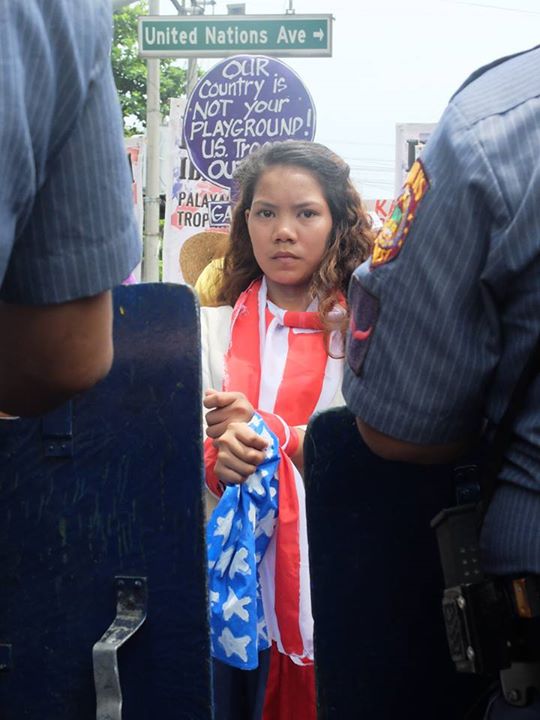 MANILA – The progressive women’s group Gabriela stormed the United States embassy on July 3, denouncing what they called a “lopsided friendship between the US and the Philippines with only the US benefiting from the relationship.”

July 4 is Filipino-American Friendship Day, which commemorates the day when the US recognized Philippine independence after World War 2 in 1946. The date was timed with the 4th of July, the American Independence day.

The protesters portrayed the Motherland as an exploited and abused woman with US flag wrapped around her wrists and neck.

Joms Salvador, Gabriela secretary general, said that throughout the country’s history, the relationship between the Philippines and the US is that of master and lackey, and that the country has not gained real independence in July 4, 1946 “as history lessons would like us to believe.” 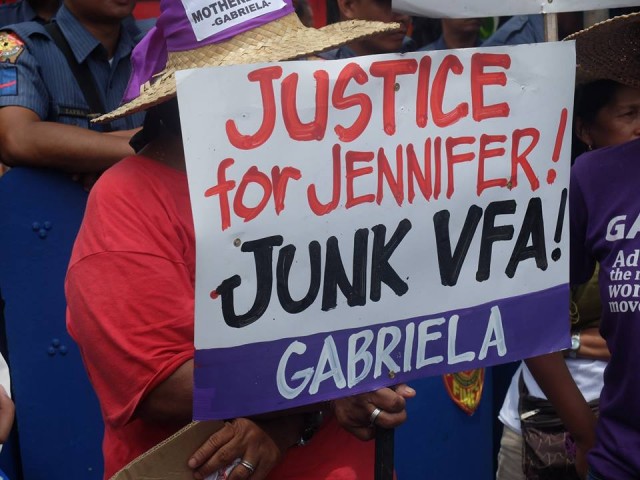 She added, “From the Mutual Defense Treaty which is not really mutual, to the Visiting Forces Agreement which the Filipino people are not really in agreement with, and even the Enhanced Defense Cooperation Agreement which will only enhance the Philippines as a US military compound, our country is always at the losing end.”

Salvador said that with its Asia-Pacific Pivot, the US would like Filipinos to believe that the Philippines is an important ally in “defending” the region.

“But we all know that the US interest is to gain military and economic control of the area.” 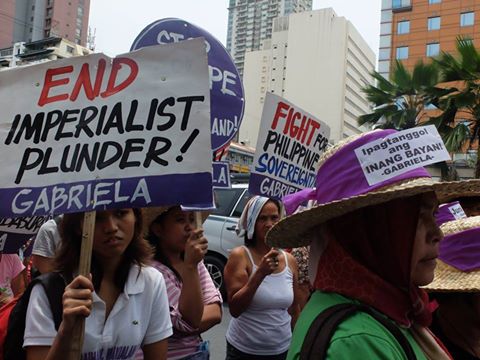 “The US has been creating a scenario of China and Russia as a major military threat and this was specifically stated in the recent report of Gen. Martin Dempsey, chairperson of the US Joint Chiefs of Staff. It has been conducting naval exercises in the South China Sea and even air patrol over the disputed islands in the area. The US is only using the Philippines as launching pad of its aggressive war-mongering actions,” she added.

Salvador called on all Filipinos, especially women, to unite and defend the Motherland from all threats.

“Let the lessons during the war in our history teach us that citizens bear the brunt of war, women are subjected to war sexual violence like the comfort women. This is why as early as now we must defend the country against threats to our sovereignty, whether from China or the US.”