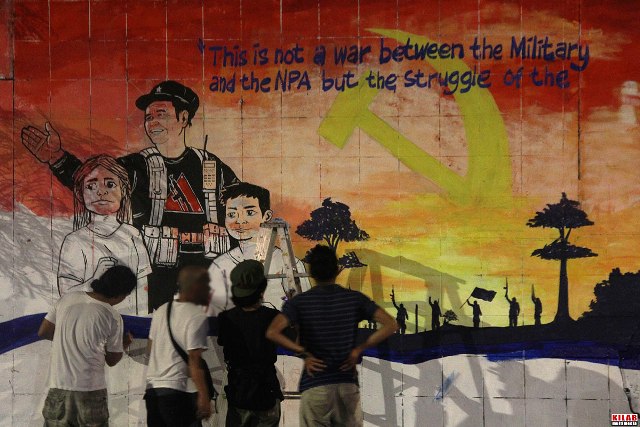 The artworks depicted Ka Parago as a father and revolutionary. Parago was on medical leave when he was killed by soldiers in Paquibato district., Davao City on June 28. 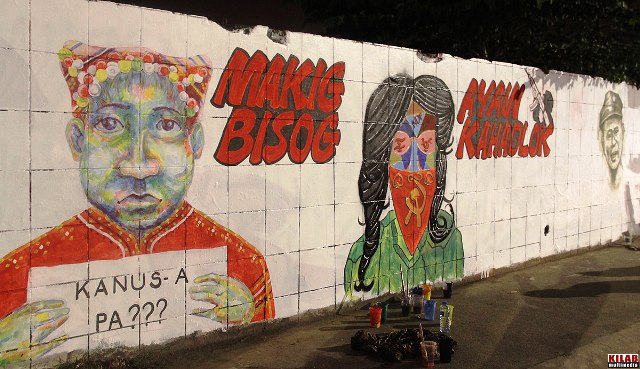 One of the artists who identified himself as “Jojo” said he just recently learned about Parago’s life, but has admired how he stood for his principles and fought an unjust system.

“This drawing shows the heroism of Parago who defended the poor, and it serves as a challenge to the people to stand up and fight, and not be daunted,” said Jojo.

He said the artists shared the same ideals of freedom for people, and their artworks reflect the realities of struggles in society.

Parago has been with the revolutionary movement for 37 years, and was the commander of the NPA First Pulang Bagani (Red Warriors) Battalion based in the Southern Mindanao region.

Photos and text by Kilab Multimedia