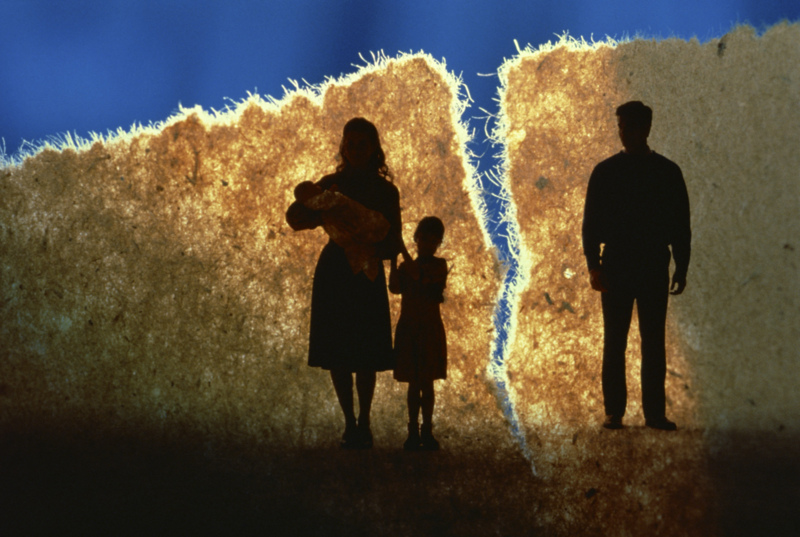 “A woman cannot be held hostage by a bad husband just because a broken family is unacceptable in society.”

MANILA – “Karen,” 41, a business woman from Muntinlupa City has been married for almost 14 years. And she said those years were spent in misery, as her husband engaged in extra-marital affairs, was prone to alcoholism, and was all in all, as the law puts it, “non-compliant with his marital obligations.”

Her husband was not physically abusive, but, Karen said, he was an irresponsible husband and father, who lacked respect for her and their two children, neglected them, and misspent their resources.

After efforts to save their marriage came to naught, Karen decided to leave her husband.

“He is not hurting me physically, but years later, just when I strived harder to make the marriage work and make him stay, I realized that I began to hurt myself and my children,” said Karen.

Self-worth, she said, was lost during those years that she tried to keep her family intact.

Divorce, for someone like Karen who needs to get out of a failed marriage, is still a far-off option.

The Gabriela Women’s Party has introduced a divorce bill in the House of Representatives but it was not welcomed by the Catholic Church, as well as by the male-dominated Congress.

House Speaker Feliciano Belmonte even said that the divorce bill will not get past Congress under his watch, just like a bill for same-sex marriage.

The explanatory note of the GWP’s proposed divorce bill reads: “The sanctity of marriage is not based on the number of marriages existing, but on the quality of marital relationships.”

Karen said that in their years of marriage, she could not remember anything memorable that her husband did for her and their children. Looking back, she said, there is nothing worth saving in their marriage.

She said that when she discovered her husband’s infidelity, she confronted him about it, and tried to prove to him that she was worthy, but her efforts were in vain.

“He even told me that he loves that woman more than me. I said, it’s okay as long as he was not leaving us. I put up with his drunkenness, womanizing, lies, broken promises. He even got sexually transmitted disease. But I stayed in the relationship and strived to make him realize that I am worthy. But nothing worked,” said Karen.

Karen said she and her children were forced to tag along with her husband on his night-outs with his drinking buddies, not because they wanted to, but because he forced them to. When they refused, her husband got mad at them. She said she could only count on her fingers the times that her husband spent time with them alone.

“And that only happens when he knew he did something wrong. That was his way of saying sorry. But I knew that he was not sincere, because his mind was not there with us,” she added.

Monetary problems also racked their marriage as her husband would prefer to spend more on his friends and on drinking. She said even as a married man, her husband changed nothing in his bachelor lifestyle. They dined in posh restaurants, even spending the budget for their children’s tuition. When she tried to find work, her husband became jealous and suspicious of her.

Then she realized she have neglected her children because she was too focused on saving the marriage. Her children often got sick. She noticed her children have developed a dislike for and became antagonistic toward their father, especially when they see her cry.

She plucked up her courage to get out of the marriage, even if it meant struggling alone to raise the children.

Even with the reality that some marriages turn abusive, the Catholic Church in the Philippines still stiffly rejects divorce. Recently, even Pope Francis talked about “dissolving a marriage” as sometimes “morally necessary.”

The Pope said that the separation of the couple is justifiable “when it comes to saving the weaker spouse, or young children, from more serious injuries caused by intimidation and violence, by humiliation and exploitation, by lack of involvement and indifference.”

Even the catechism of the Catholic Church provides that, “The separation of spouses while maintaining the marriage bond can be legitimate in certain cases provided for by canon law.”

“If civil divorce remains the only possible way of ensuring certain legal rights, the care of the children, or the protection of inheritance, it can be tolerated and does not constitute a moral offense,” it read.

Karen said Pope Francis’s words are true, “When the father and mother harm each other, children’s souls suffer greatly, feeling a sense of desperation. And they are wounds that leave lifelong mark.”

“I left because I also want my children out of that situation,” Karen told Bulatlat.com.

Even if her mother is against the idea of a broken family, Karen went on and filed for declaration of nullity of marriage based on psychological incapacity, as provided by Article 36 of the Family Code.

If her petition is granted, her marriage will be declared null and void, and she will again become single. Her children would be deemed illegitimate.

She knew that she faces another long, more difficult and exasperating fight in her life, as she would be forced to recall – in court — all the instances which caused her pain.

She also knew that there is no guarantee that she will get a favourable decision. Article 36 states psychological incapacity should be proven at the time of the celebration of the marriage, even if such incapacity manifested after its solemnization.

Alnie Foja, legal counsel of the Gabriela Women’s Party (GWP), said in the Philippines, the grounds for annulment and nullity of marriage do not even consider the incidences that happened during the marriage. Legal separation, on the other hand is only separation from bed and board but the marriage is still not dissolved.

“In ending a marriage, it is important to look at how they lived together. Why leave out the most important years when the couple lived together?” said Foja. The remedies, she added, makes it difficult for abused women to get out of oppressive marriages.

Meanwhile, for Karen, it is time to heal herself after being broken in marriage with a man whom she mistook to be “the one.”

She said she hopes that the pending divorce bill in Congress will be passed. She thinks that legislating divorce does not mean to ruin the family, but rather, to preserve it. “It is not only the marriage that is failing, but also one’s well being. If the couple is better off separated, and the children are spared from being hurt, why not just let it be?”

She agrees that divorce will give a chance to women or even men, “to attain self-fulfilment.”
“A woman cannot be held hostage by a bad husband just because a broken family is unacceptable in society. There is a saying that a happy wife is a happy marriage. I was not happy at all,” Karen said.