‘Do not let foreign powers lord over Ph’ – bishops 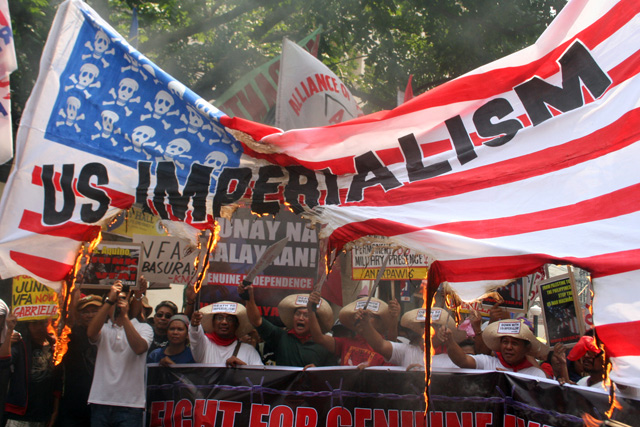 “The Filipino people’s vigilance when it comes to their sovereign powers is needed now more than ever.”

MANILA – The Ecumenical Bishops Forum (EBF) called on the Filipino people to stay vigilant over the country’s sovereign powers, which, it said, remains under threat, as policies and treaties that favour foreign powers continue to be enforced.

“We should not allow any foreign power, be it US or China, to lord over any part of our country which is God’s gift to our people. As responsible stewards, we should see to it that no one tramples with God’s creation which is assigned to us and to nobody else,” the EBF said, in its statement Aug. 17.

The statement was signed by Bishop Elmer Bolocon, executive secretary of the United Church of Christ in the Philippines (UCCP), and EBF’s co-chairpersons, Roman Catholic Bishop Deogracias Iñiguez, Jr., and Bishop Felixberto Calang, of the Iglesia Filipina Independiente (IFI).

After being colonized by the Spanish, American, and the Japanese, the Philippines remains under the shadow of a superpower, said the group. “The sovereignty of the Filipino people has been, and continues to be, compromised over and over again.”

The statement cited the Enhanced Defense Cooperation Agreement (Edca), widely seen to have signalled the return of the US military bases. It also mentioned China’s aggression in the West Philippine Sea, and its encroachment into the Philippines’ exclusive economic zone (EEZ).

“It is widely believed that all our presidents came into power with US blessings. And so they were all subservient to their true masters. The policies we adopt are all prescriptions by the US and US-controlled and influenced international instrumentalities such as the World Bank, International Monetary Fund, World Trade Organization and similar agencies,” said the statement.

The bishops said treaties signed after the US declared Philippine independence in 1946 enforced America’s influence, and resulted in “a new form of colonization.” They said the policies of deregulation, liberalization, privatization and denationalization were “dictated by these instrumentalities.”

The bishops cited the Mining Act of 1995, which was “among the laws enacted by our lawmakers due to foreign lobby.” Indigenous peoples and environmentalist groups have called for the repeal of the 20-year-old law, which gives 100 percent ownership of minerals to foreign large-scale mining companies, amid destruction of ancestral communities and the environment.

The EBF also warned of “more plunder of our environment” as Congress moves to remove the constitutional provision limiting foreign ownership of lands.

“The Filipino people’s vigilance when it comes to their sovereign powers is needed now more than ever,” the statement said.

The EBF is the fellowship of bishops from the Roman Catholic Church, Iglesia Filipina Independiente, United Church of Christ of the Philippines, the United Methodist Church, and the Episcopal Church in the Philippines.