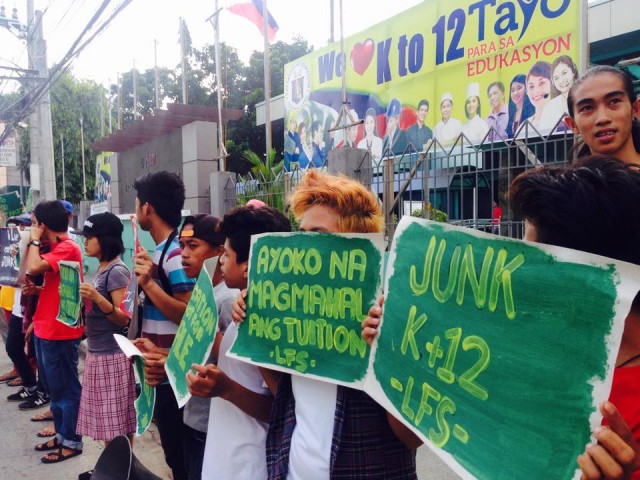 Joyce Perpetua, LFS-SMR spokesperson, said the government is not prepared to implement K to 12’s last phase, not having solved basic problems such as the lack of modules, school facilities, books and classrooms.

Perpetua added that K to 12 also promotes colonial mentality, pushing the Filipino youth to work abroad, instead of contributing towards self-sustainable industrialization.

“It creates cheap labor force out of the Filipino youth only to serve other countries, bolstering Aquino’s labor export policy. It will produce more of the likes of Mary Jane Veloso.”

“The curriculum of Filipino education is not the problem, but the lack of services for education. So long as the government does not hear this call, the youth will continue to protest the anti-education system K to 12,” she said.