You Are Here: Home → 2016 → January → 28 → Did the reopening of the Senate Mamasapano probe accomplish anything?

Did the reopening of the Senate Mamasapano probe accomplish anything? 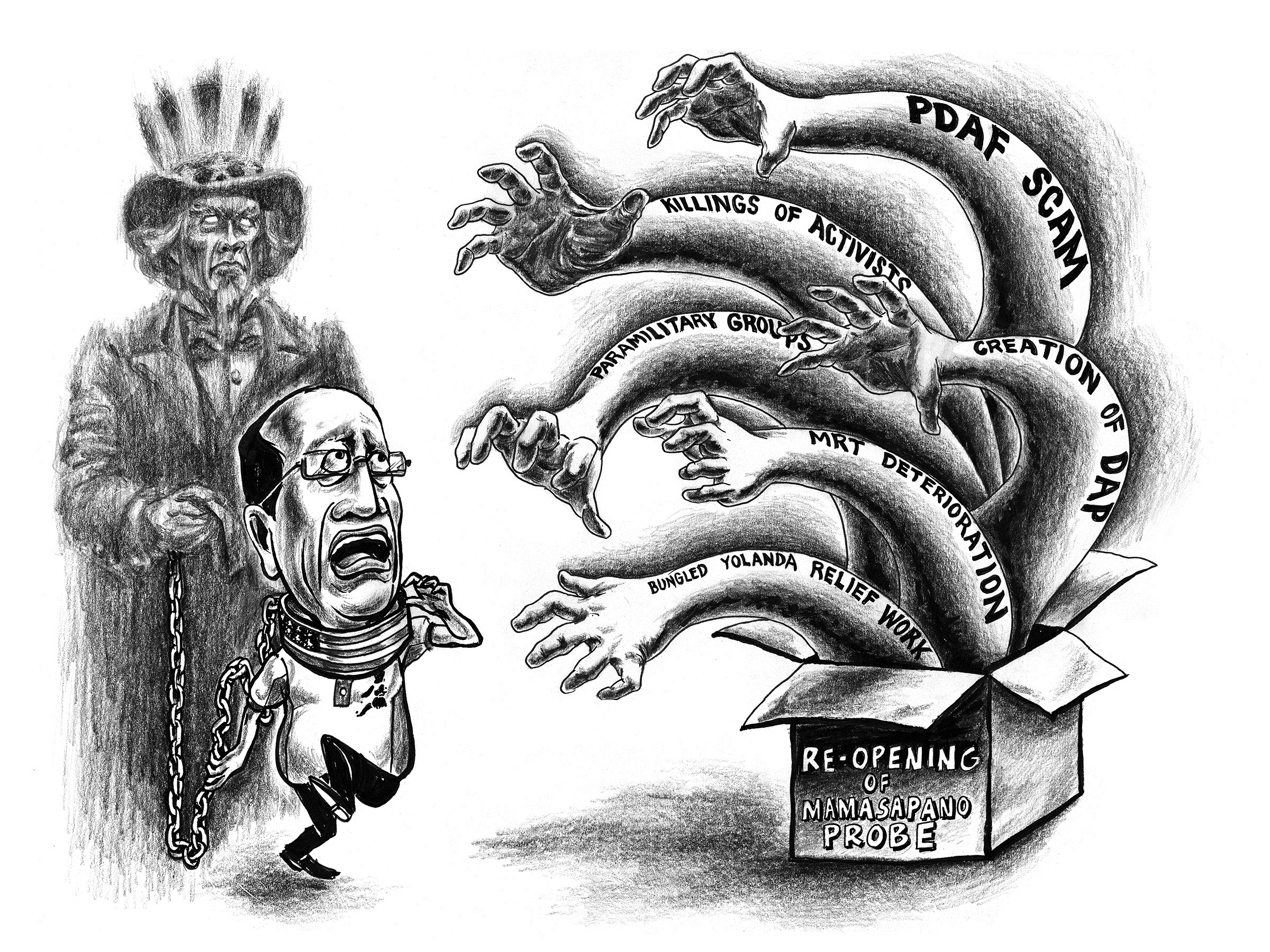 The Filipino people were taken for a ride once more in the recent reopening of the Mamasapano Senate probe. It did not bring us any closer to the truth. And as Senator Grace Poe has concluded, what it has accomplished is merely to give the opportunity for Sen. Juan Ponce Enrile to ask questions because at the time of the probe, he was already in prison.

While the Filipino people gained nothing new and substantial from the seven-hour hearing, the reopening of the probe emphasized the following points:

First, the implications of the presence, increased operations and intervention of US troops in the country. The fact that the US provided the training in preparation for the military operation, the intelligence, funding and essential logistics, and US military officials were at the tactical command post, confirmed that it was indeed a US counter-terror operation with the troops of the Philippine National Police-Special Action Forces (PNP-SAF) used as cannon fodder. It was a fatal endeavor – which the Aquino government agreed to because it wanted to please the US – resulting in the deaths of 44 SAF troops, 18 Moro fighters, and five civilians. Those were 67 lives offered before the altar of subservience.

This reminds us of the consequences of the Supreme Court decision declaring the constitutionality of the Enhanced Defense Cooperation Agreement (EDCA). There would be more of such operations under the “enhanced” military cooperation between the US and Philippine governments, while there has been no categorical statement from the US that it supports Philippine claims to the oil-rich Panatag Shoal and Spratly Islands. And when asked whether they would come to the aid of the Philippines in the event of a military confrontation with China, US officials replied with vague statements such as “the treaty between the US and PH is ironclad.”

Second, the reopening of the probe quashed any hope that there would be justice under the Aquino government. It was obvious during the seven-hour Senate hearing that the Aquino government is still hell-bent on covering up the accountabilities of the president and his closest aides, including his friend Alan Purisima the former PNP chief who led the fatal operations while under suspension. Even the awarding of the Medal of Valor to two SAF men came belatedly, one year after.

The nagging question is: If the Aquino government could not give justice to the deaths of 44 of its own men who died while serving it, how could it provide justice to those who have been wronged by the government such as the victims of extrajudicial killings, enforced disappearances, and other human rights violations?

Third, the fatal Mamasapano military operation, and the subsequent cover up, would add to the growing list of unresolved issues that the Filipino people should hold Pres. Benigno Aquino III accountable for when he leaves Malacañang.

Among the other issues are:

1. The special treatment being accorded to Janet Lim-Napoles, who was arrested for serving as conduit in siphoning money from the PDAF, the pork barrel fund of lawmakers under the former Arroyo administration.
2. The protection being accorded to Aquino’s allies who have been involved in the PDAF scam.
3. The Aquino government’s own pork barrel creation the Disbursement Acceleration Program (DAP).
4. The humiliating and fatal Luneta hostage operations.
5. The bungling of the Typhoon Yolanda relief operations and the unaccounted funds for the victims amounting to billions of dollars, as well as the spoilage of relief goods.
6. The deterioration of the MRT train system despite the maintenance contract with private corporations entered into by government.
7. The extrajudicial, summary and arbitrary killings and enforced disappearances targeting activists and those who resist government and corporate projects detrimental to communities and the environment.
8. The formation of paramilitary groups, which have been on a killing spree to protect mining interests.
9. The paid-for yet undistributed license plates and vehicle registration stickers.