‘Don’t rob them of their youth’ 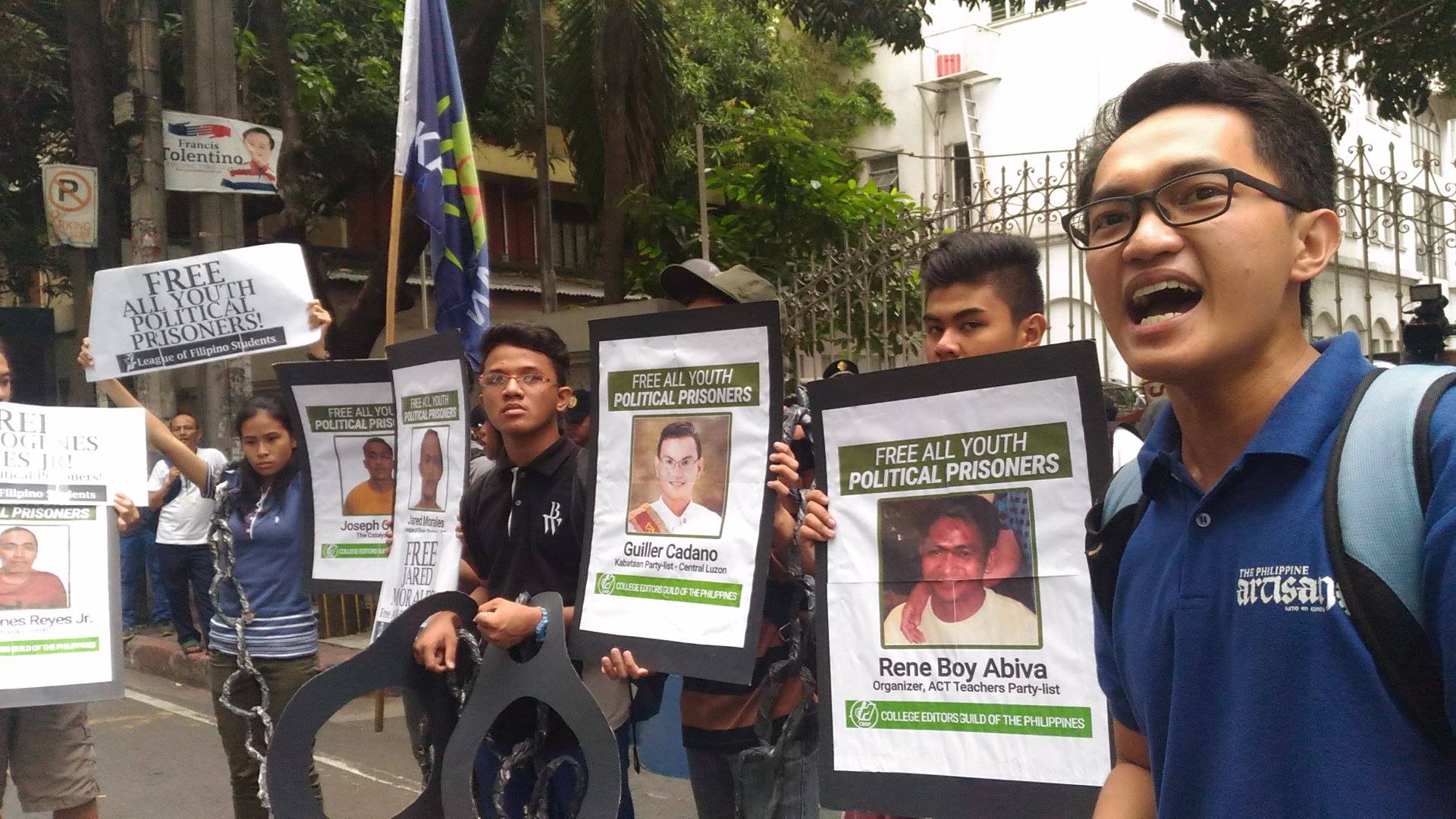 “What greater injustice could there be than to be robbed of one’s youth? To be jailed for one’s beliefs?”

MANILA – The College Editors Guild of the Philippines (CEGP) along with other youth organizations staged a protest in front of the Department of Justice (DOJ) on Friday, Jan. 29 demanding the release of youth political prisoners. 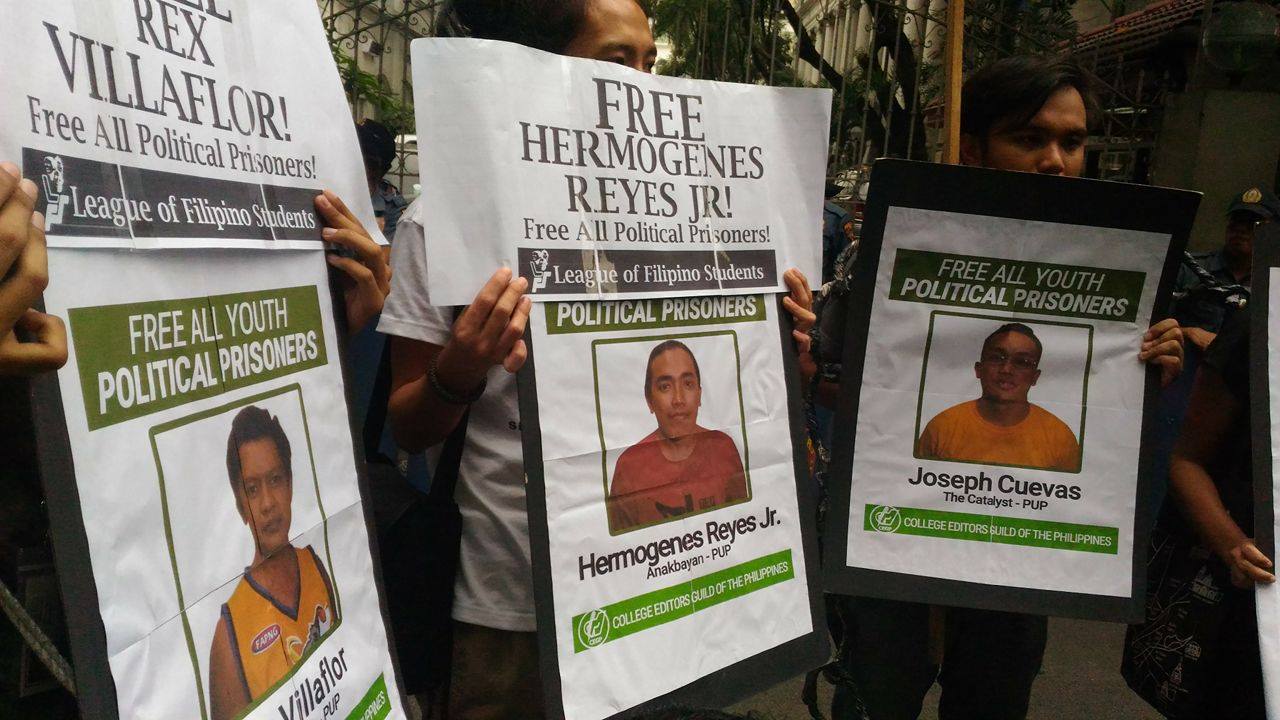 “It is infuriating that the Aquino government wrongfully arrested a number of Filipino youth in the name of its counter-insurgency program Oplan Bayanihan,” Abila said.

“Their unjust detention is a symbol of how this administration treats the Filipino youth with injustice, stripping off the rights and freedom of those who are staunchly challenging and resisting Aquino’s policies which further plunge Filipinos in dire situation and poverty. Their youth and vigor to serve the people are wasted inside those cells,” said Jose Mari Callueng, CEGP national deputy secretary general.

“What greater injustice could there be than to be robbed of one’s youth? To be jailed for one’s beliefs?” Ridon said. 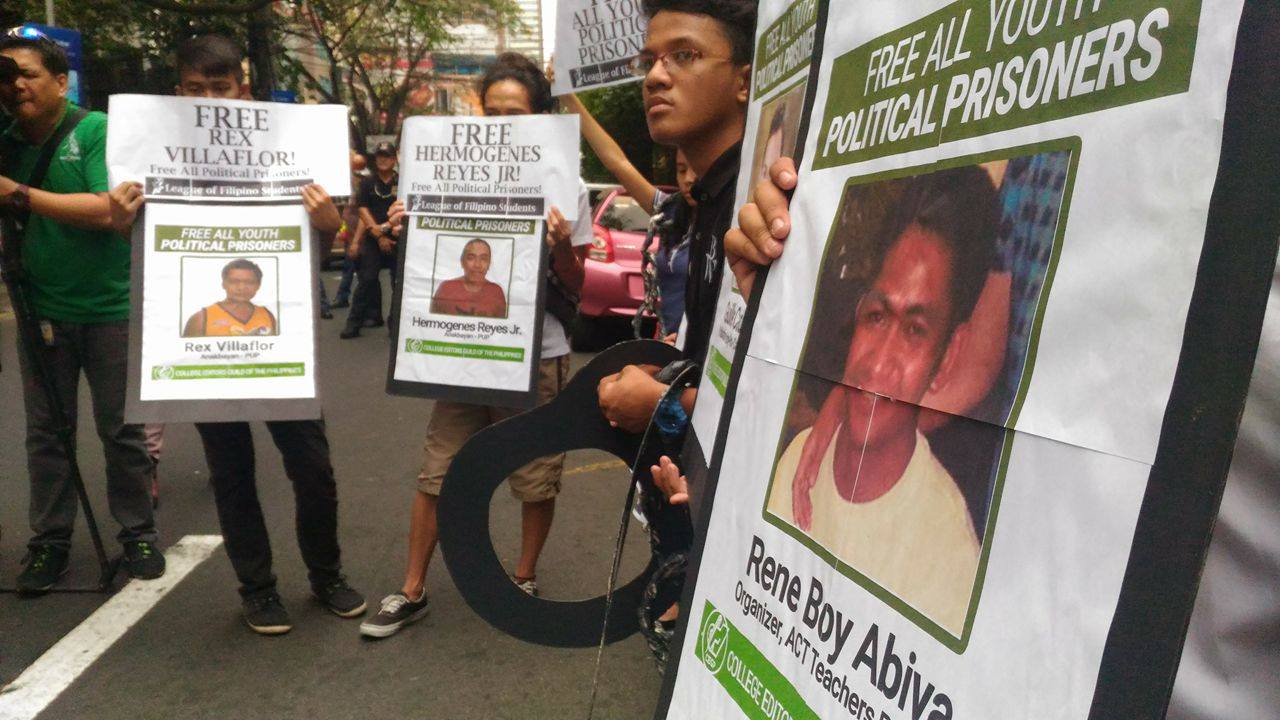 Ridon said in his recent jail visits, the youth detainees detailed how government authorities have tortured them and treated them with brutality.

“How can this administration continue to talk about daang matuwid (righteous path) when it can’t even treat our youth with dignity and respect, when human rights continue to be violated?” Ridon asked.

The youth solon called on the DOJ to immediately review the cases of youth political detainees, and push for the immediate and unconditional release of 82 sickly and 50 elderly political prisoners.

“How can Aquino and his cohorts sleep well at night when they know that they are robbing these youth political detainees the best years of their lives? We call on the president to act immediately, and order for their release at the soonest,” Ridon said.