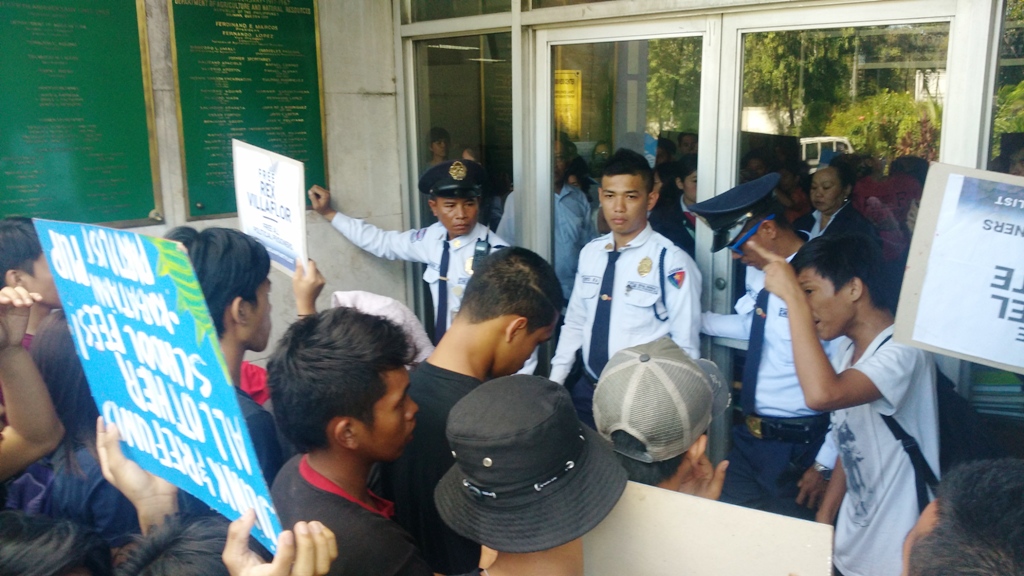 MANILA – Youth groups from League of Filipino Students (LFS) and Kabataan Partylist stormed the Department of Agriculture as part of their participation to the Global day of Action for Food and Justice on Friday, April 8.

LFS chairperson Charisse Bañez said that the absence of representatives of the national agencies at the investigation by the Senate Committee on Justice and Human Rights on Thursday showed how the government is once again “missing in action” when thousands of people are desperately asking for help. 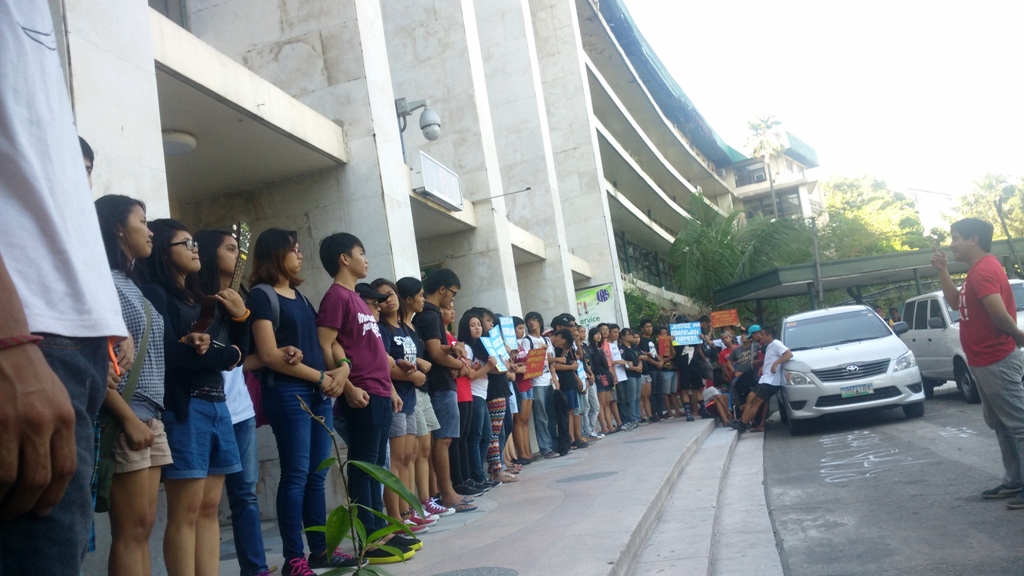 “Just like the people of Eastern Visayas who suffered from typhoon Yolanda, the farmers in North Cotabato were also abandoned by the Aquino regime in the midst of El Niño,” said Bañez.

The senate probe has showed Aquino’s criminal negligence that led to the farmers’ starvation prompting them to protest. She said the probe also revealed that there is no presence and help came from the government to help the farmers struck by drought. 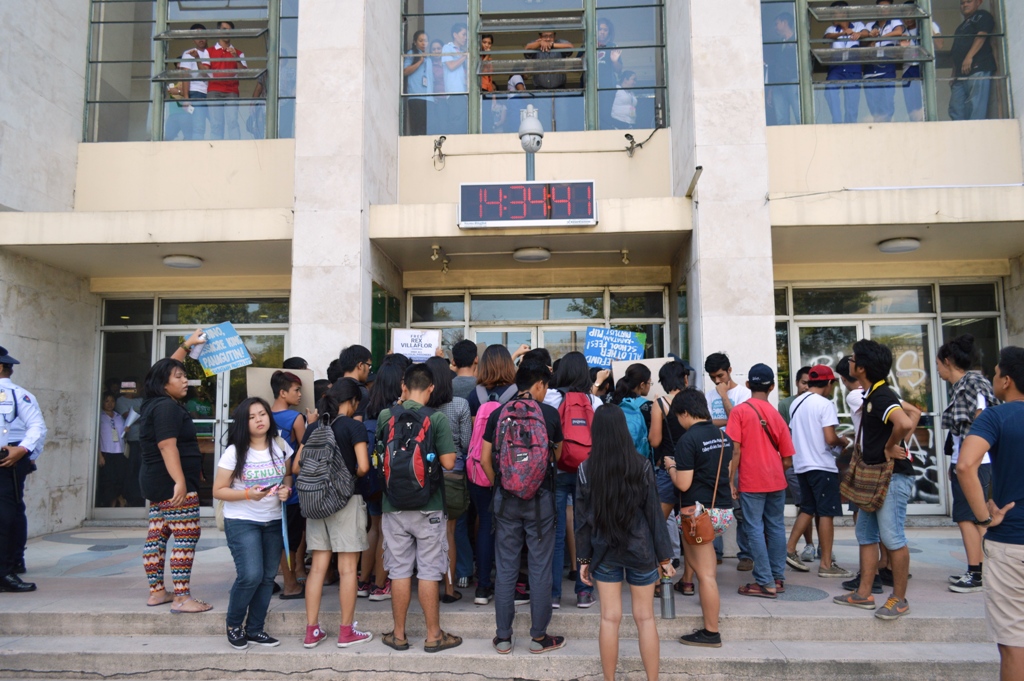 “The senate probe raised the same question we are asking since the first day of the protest. Where is the president? Where are his secretaries and their agencies responsible in aiding the farmers? The farmers have been starving for seven months and no action was done,” Bañez added.

The group prepares for another nationally-coordinated youth protest for justice on April 14. Bañez said LFS and more than 100 student organizations will continue to demand Aquino’s immediate accountability in the Kidapawan carnage.

Text by By ANNE MARXZE D. UMIL
With contributed photos