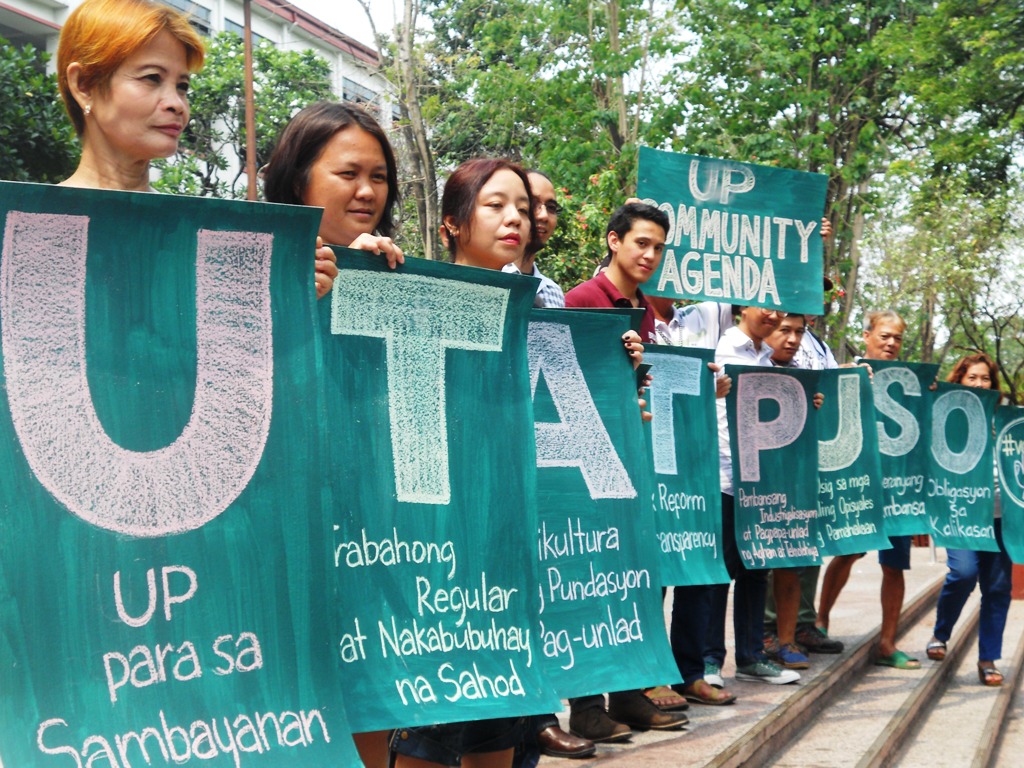 These words are the essence of the agenda of the University of the Philippines community for candidates running for this election presented April 12, Tuesday.

UP Student Regent Miko Pangalangan said their agenda is not only for the welfare of students, but includes the community living in the vicinity of UP and for the whole nation as well. 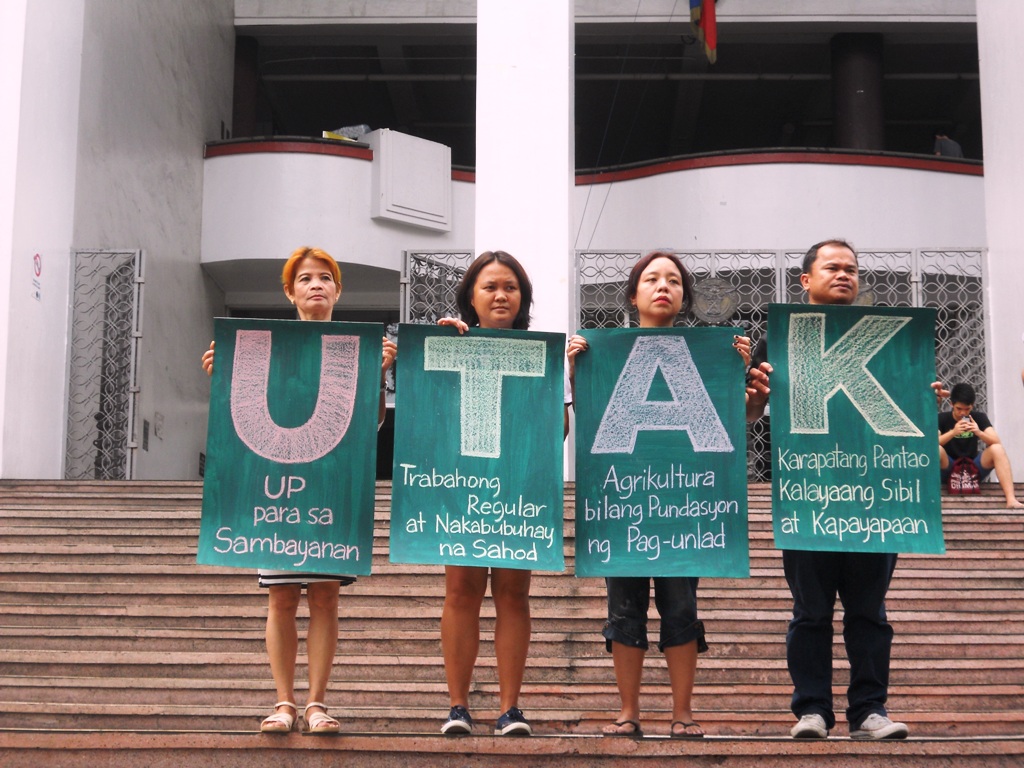 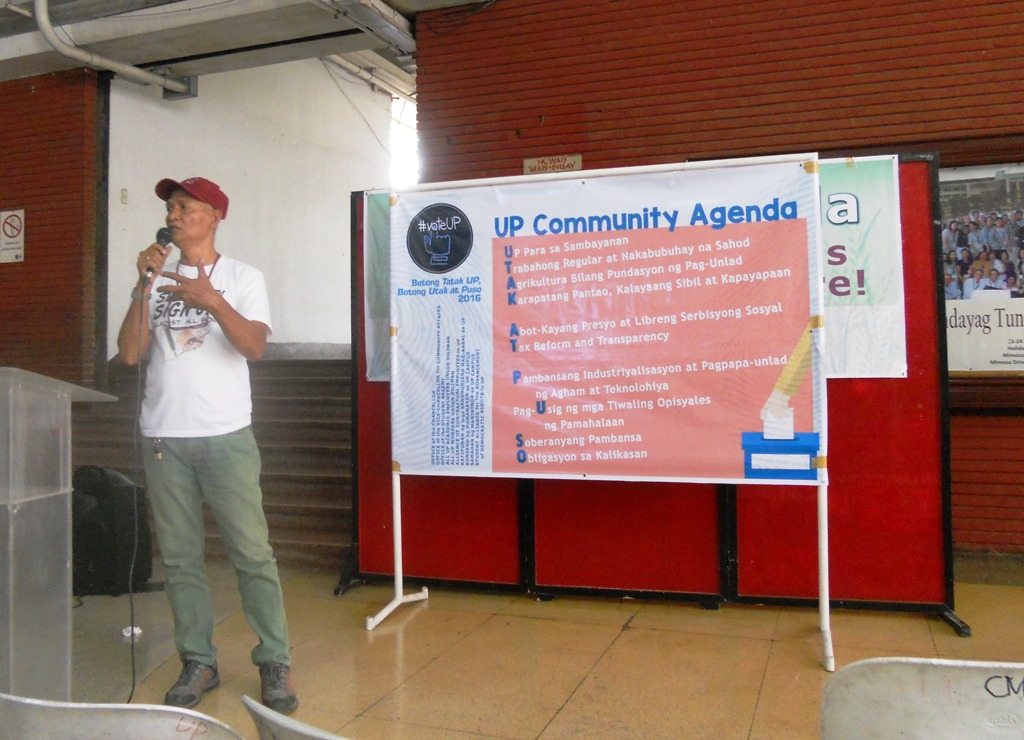 Utak at puso stands for:

Jun Reyes, president of Konseho ng mga Mamamayan sa UP, said the agenda would be disseminated to the community to serve as a guide in choosing candidates. He said people should carefully choose their candidates because the nation’s future depends on the elected official.

“But our obligation does not end in our votes. We must also be vigilant so we can hold them (elected officials) accountable,” said Reyes. 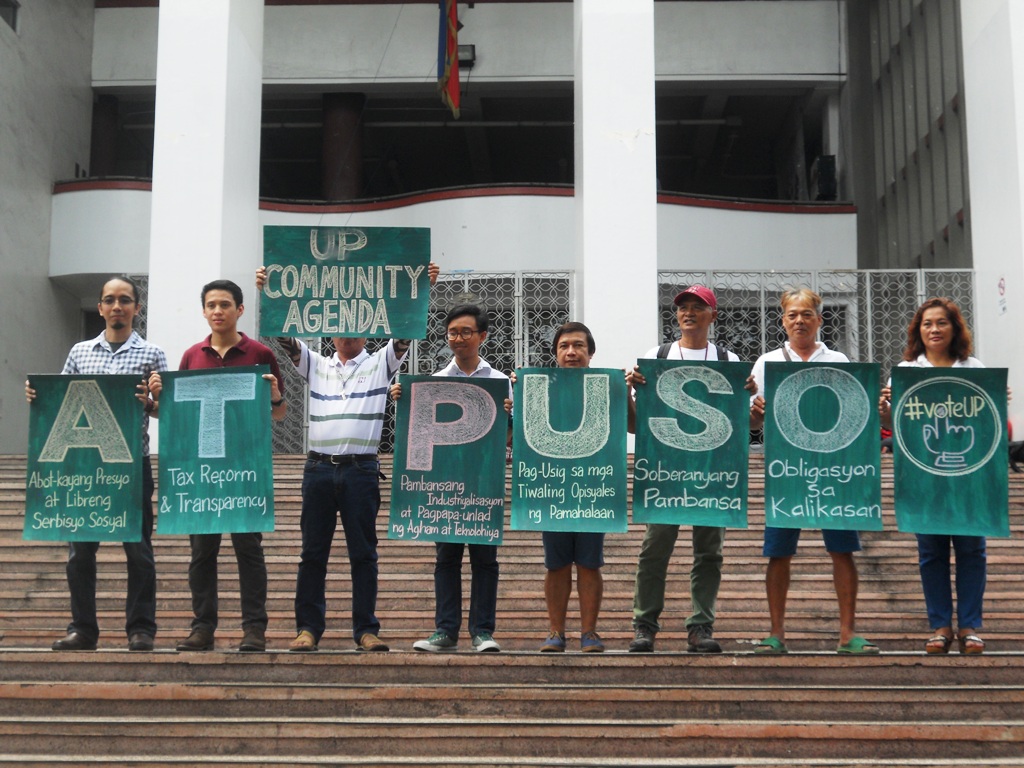 UP Diliman Vice Chancellor Fidel Nemenzo, meanwhile, said they support the agenda. He said every three years comes the “circus” called election, and the agenda can be a guide to choose candidates wisely.