This year’s Pandayang Lino Brocka seeks films that showcase the aspirations of the common Filipino people. The theme “People’s Aspirations” could mean the demand for higher pay and work benefits for every working class, the accessible education for every student and every Lumad, the just distribution of land and genuine agrarian reform for farmers, and the adequate job opportunities to bring back home millions of OFWs to the country, among others. 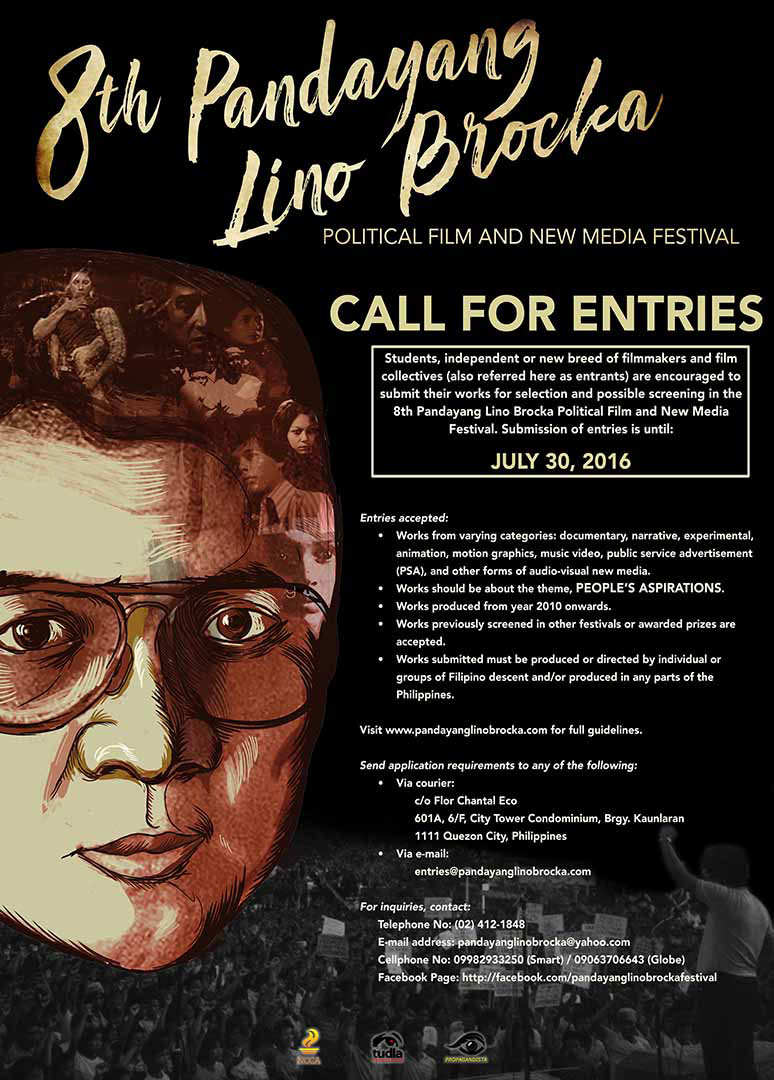 Spearheaded by Tudla Productions Inc., the Pandayang Lino Brocka is a yearly exhibition of audio-visual works gathered from independent filmmakers across the country. As a tribute to internationally acclaimed filmmaker Lino Brocka, the festival is a gathering that aims to prompt the critical and progressive consciousness of its audience.

Brocka, through his political films, aspired for a Philippines liberated from the claws of the oppressors. To continue the path trailblazed by the filmmaker, Tudla Productions Inc. has been organizing the festival since 2009. The festival is a manifestation of Brocka’s challenge to make films that will “hurt, films that will disturb, films that will not make you rest.”

The festival will be launched in September. After a one-time screening at the University of the Philippines, the films would be screened in other universities, workplaces, urban poor and peasant communities.

Interested filmmakers may submit their works until July 30 via e-mail or via courier.

Click the links for downloadable entry form and submission guidelines: