A sweet homecoming for Wilma and Benito Tiamzon

“It was a time of the revolution. Now that we’ve come back, revolution still rages on.”

MANILA – Forty-five years after they left the University of the Philippines (UP), Wilma Austria Tiamzon and Benito Tiamzon went back to the place where their political awakening began.

The Tiamzons were among the 20 consultants of the National Democratic Front of the Philippines (NDFP) released from prison in August this year to participate in the resumption of peace talks.

Both entered UP in 1969 as state scholars. Wilma took up Statistics while Benito was enrolled as a chemical engineering student.

“It was a time of the revolution,” Wilma said during a forum dubbed as Just Peace: Peace Negotiators’ Homecoming, Sept. 15. “Now that we’ve come back, revolution still rages on.”

In a symbolic ceremony, UP Chancellor Michael Tan conferred the Sablay, the academic costume of UP, to the Tiamzons and other NDFP consultants.

“We are more proud of them than we are of our other alumni,” Tan said during a program, eliciting laughter from the audience.

Benito said he spent most of his time in discussion groups or DGs as what the activists then called it, led by the Nationalist Corps. They tackled the writings of Claro M. Recto, Renato Constantino and later on the revolutionary works of Karl Marx, Vladimir Lenin and Mao Zedong.

Benito wrote for the Philippine Collegian, the student publication of UP Diliman. He also became a member of Samahan ng Demokratikong Kabataan (SDK).

Wilma also sat in DGs like Benito. Later, she joined the SDK, first as a member of Gintong Silahis, its cultural arm.

The high school sweethearts eventually fell in love with the workers. Both of them became active in SDK’s labor committee. Assigned in different areas, they frequented picketlines and integrated with the workers.

After the suspension of the writ of habeas corpus in December 1971, both decided to leave the university to become fulltime organizers, first in the cities then in the countryside.

“We have decided to dedicate our lives in serving the people,” Benito said. 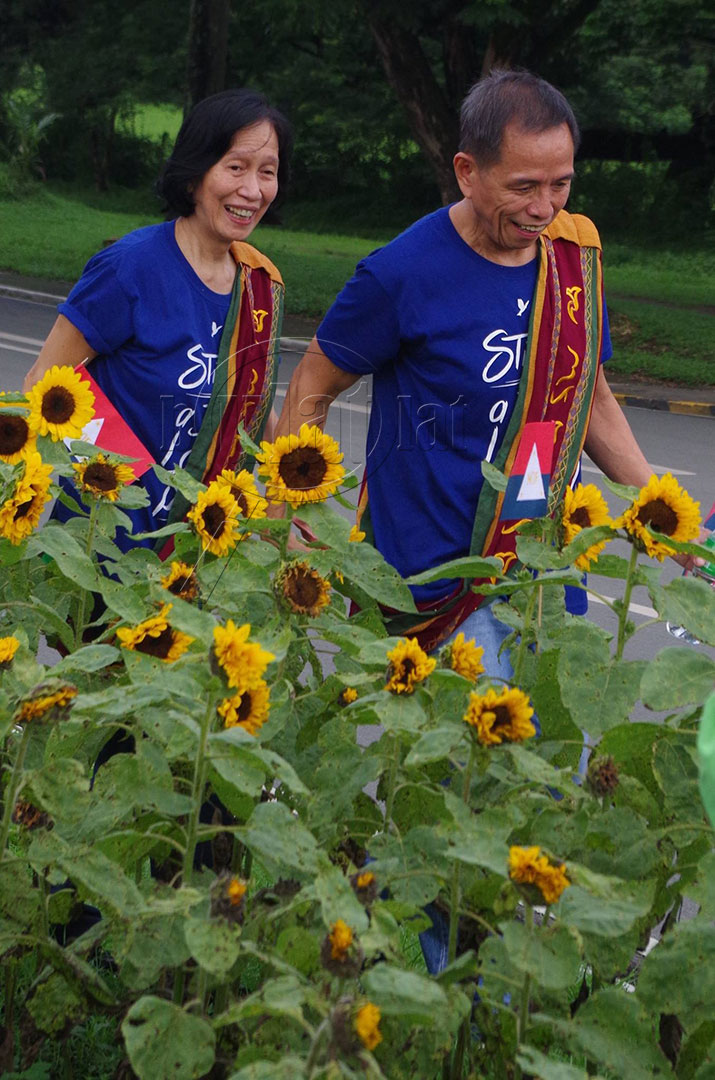 Benito was arrested in May 1973 and Wilma was also arrested in July of the same year. Both of them were detained at the Ipil Rehabilitation Center in Fort Bonifacio.

They were later on released from detention and continued their organizing work in Cebu.

In 1975, Wilma and Benito went to Eastern Visayas and planted the seeds of revolution there.

After Marcos was toppled, both continued their revolutionary work in different areas of the country.

Explaining the armed revolution in the country, Wilma said, “the U.S. imperialism and the ruling clique of landlords and big business continue to exploit and oppress the majority of the Filipino people.”

Benito said that the NDFP sees the peace talks as yet another opportunity to highlight the urgency of social, economic and political reforms.

Benito called on all patriotic groups and individuals to continue organizing, educating and mobilizing the masses for genuine societal change.