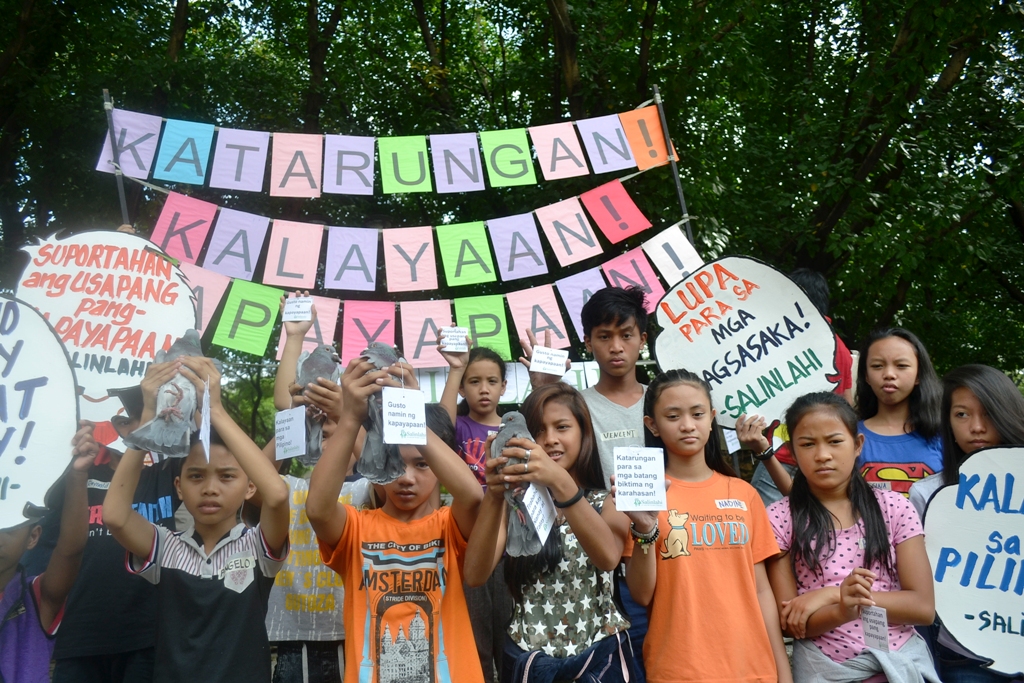 MANILA — At least a hundred children gathered to call for justice, independence and peace in a children’s solidarity action on Saturday, Dec. 4, at the Bantayog ng mga Bayani.

The action is held annually for children “to advance their analyses and calls on social issues affecting them,” said Kharlo Manano, secretary general of Salinlahi, which led the activity.

The children, along with child rights advocates, urged President Duterte to resolve hunger and poverty; ensure the delivery of basic social services such as housing, education and health; and provide decent livelihood and wages for their parents.

“Katarungan! Kalayaan! Kapayapaan! (Justice! Freedom! Peace),” chanted the children, as they released doves into the air. They also called for the immediate release of all political detainees. 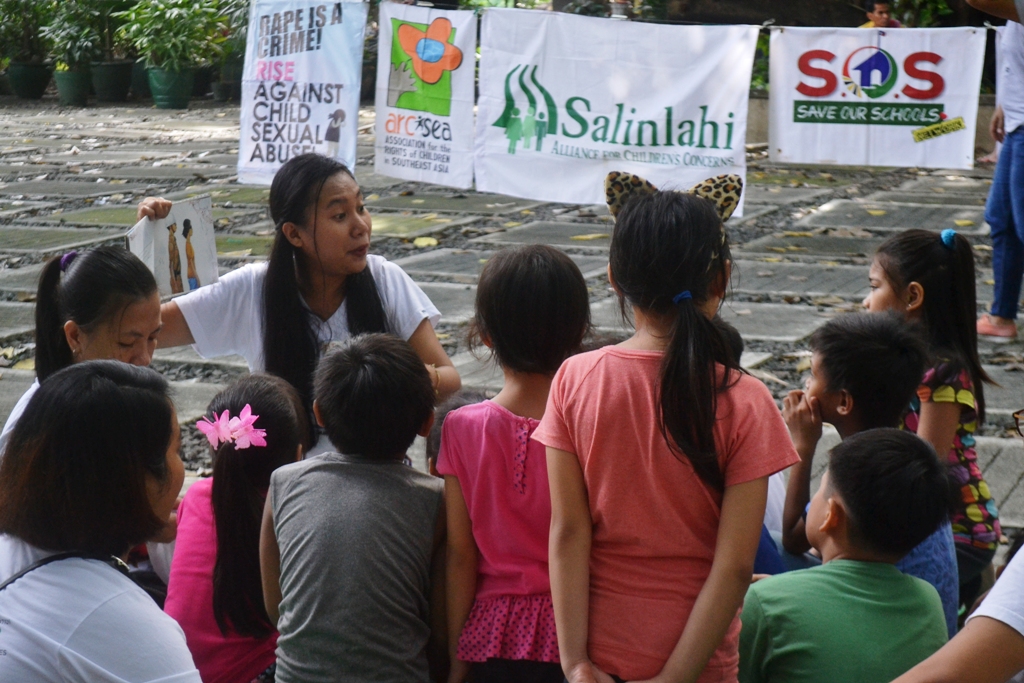 “We are releasing these doves that symbolize our aspiration to achieve peace, independence and justice. We also wish to see political detainees freed from their incarceration,” said 15-year old Vincent Diaz, child representative to the Salinlahi national executive council.
“These unmet demands have put children into further desolation, and in extreme situations, forced some of them into committing antisocial and criminal acts,” Manano said.

The children echoed the call for a just and lasting peace in support to the ongoing peace talks between the government and the National Democratic Front of the Philippines, which is set to discuss the Comprehensive Agreement on Social and Economic Reforms (CASER) that is hoped to improve the living conditions of every Filipino, especially of the next generation. 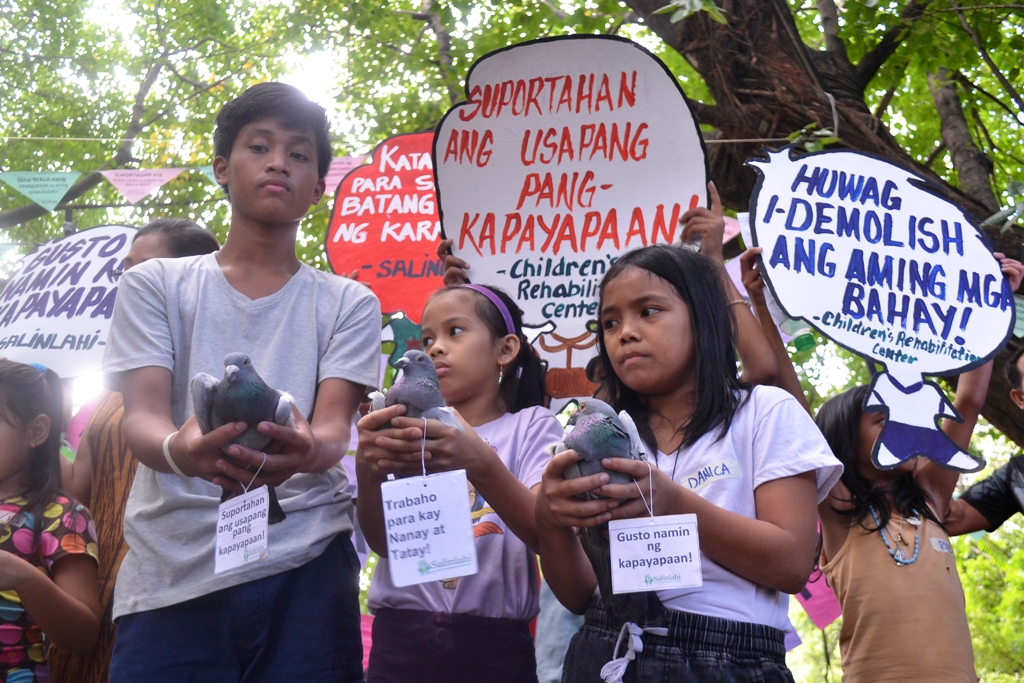 The groups lamented how national minority and rural children continue to suffer from violations, such as military attacks on schools and forcible evacuations under the continued implementation of the US-backed Oplan Bayanihan program. Children of political prisoners continue to agonize while their parents languish in jail for crimes they did not commit.

Manano hoped that the gathering of children will remind Duterte of the kind of peace that the Filipino children are aspiring for peace based on social justice and independence. “Children, their families and advocates will hold him accountable should he fail to follow through on it,” Manano said.