In this year’s OBR, the women are adding their voice to the clamor to continue the peace talks.

This is the call of women, as well as men, who joined this year’s One Billion Rising (OBR) Revolution, a global event held every Feb. 14th. Here in the Philippines, the theme was “Women rising for jobs, land, justice and peace.”

Women groups urged President Rodrigo Duterte to continue the peace negotiations with the National Democratic Front of the Philippines (NDFP), which had already gained ground in discussing the draft Comprehensive Agreement on Social and Economic Reforms (Caser).

Led by Gabriela and OBR Global Director, Monique Wilson, hundreds of women from different communities and sectors gathered at the Liwasang Bonifacio here on Feb. 14, and danced to the beat of remixed OBR theme songs. They were also joined by different artists and personalities such as actress Maria Isabel Lopez, director Bibeth Orteza, satirist Mae Paner and Sr. Mary John Mananzan. Students from different schools also joined the OBR. 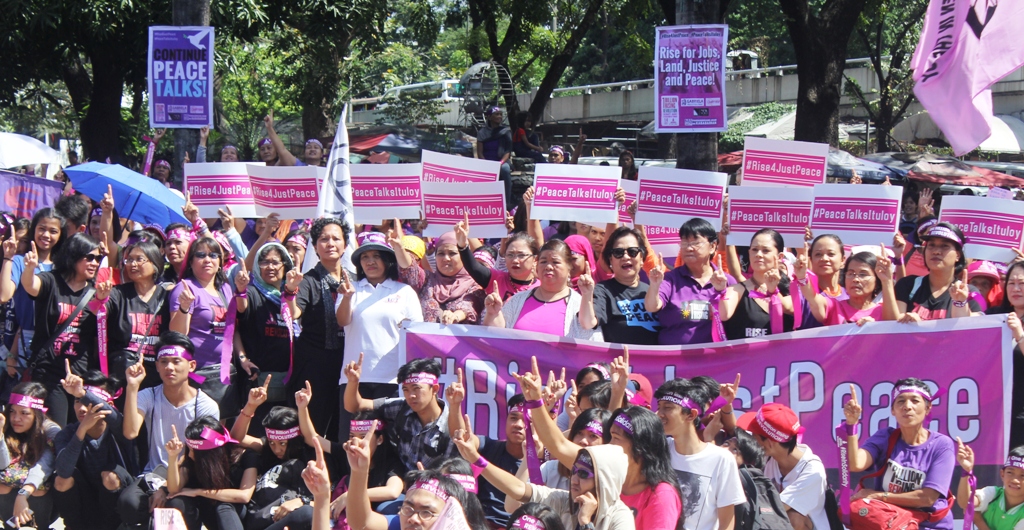 “The women organizations in the Philippines and overseas migrant communities in many countries led by Gabriela are focusing the 2017 OBR Revolution on pushing forward social and economic changes that will effectively empower women and help eradicate the root causes of violence and armed conflicts worldwide,” Wilson said.

In this year’s OBR, the women are adding their voice to the clamor to continue the peace talks.

Secretary Judy Taguiwalo and her co-workers in the Department of Social Welfare and Development (DSWD) were also at the event, cheering: “DSWD, narito na! DSWD nakikiisa! DSWD hataw na! DSWD One Billion Rising!” 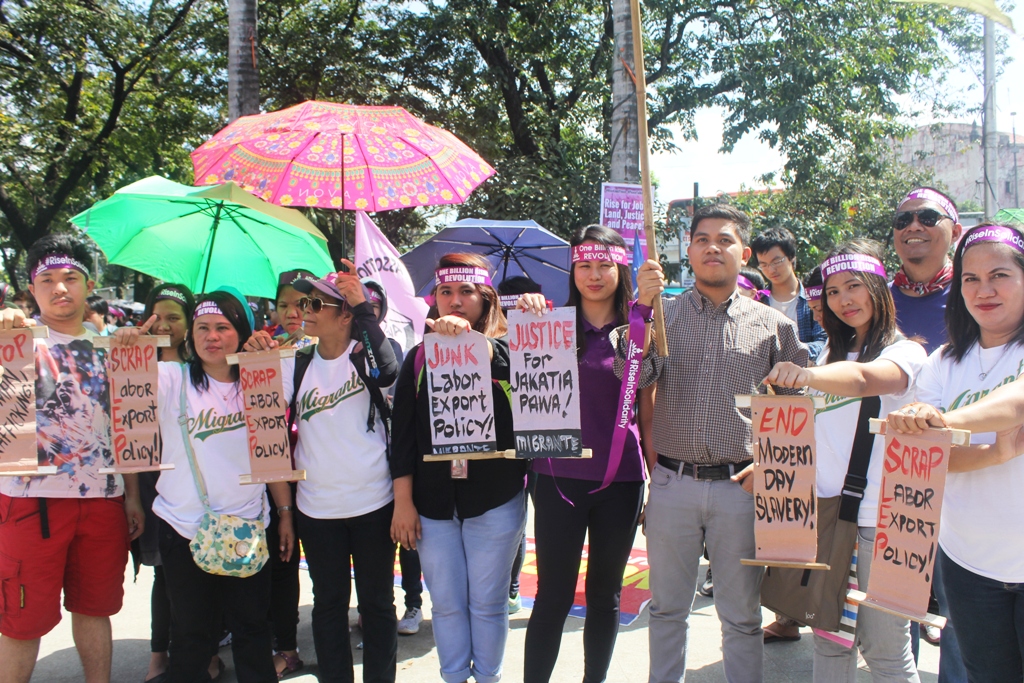 National Anti-Poverty Commission (Napci) Undersecretary Marion Tan read a solidarity message from Napci chairperson Liza Maza, who joined the call to eliminate violence against women, which she said can also be addressed through the peace negotiations.

The highlight of the day was the formation of a large peace sign, depicting their message to the Armed Forces of the Philippines to “desist from the all-out war on civilian communities.”

Duterte cancelled the talks at the wake of three soldiers who were killed in a clash with the New People’s Army (NPA). The latter was first to terminate its unilateral ceasefire, citing violations by the military.

Joms Salvador, Gabriela secretary general said that an all-out war only victimizes people in the rural communities. “The army is carrying out assassinations and arrests of development workers and community leaders, while unleashing aerial bombardments and hamlettings of thousands of rural residents.”

“We join One Billion Rising to bring to the attention of world public opinion that the government’s counterinsurgency program, designed and abetted by the US government, is sabotaging the peace talks and renders millions of women and children vulnerable to exploitation, trafficking, and mass casualty deaths,” said Salvador.

Gabriela Women’s Party Rep. Emmi De Jesus said it is important to resume the peace talks, especially now that after many years, the agenda of women and the people and the roots of armed conflict are being discussed in the negotiating table. 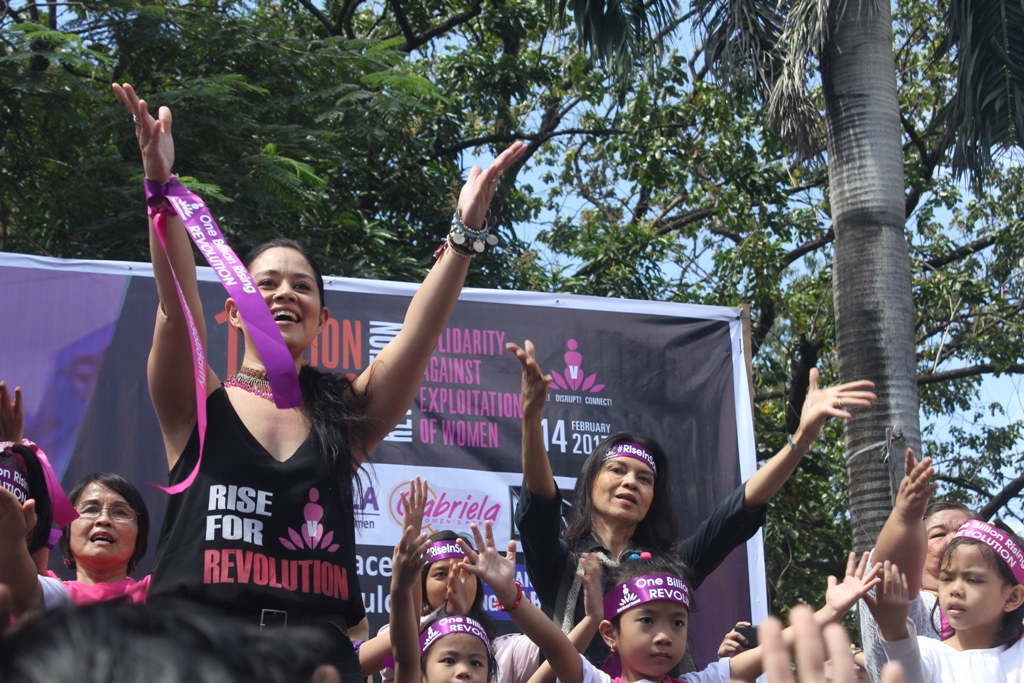 “It is our hope that the Duterte administration puts the interests of marginalized communities and help attain social justice by continuing with the peace talks instead of all-out military offensive,” said GWP Rep. Arlene Brosas.