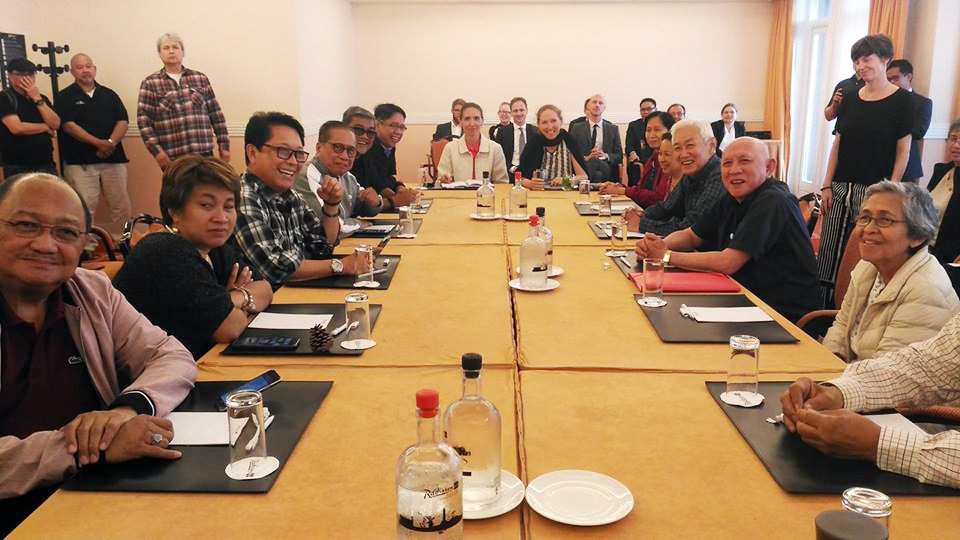 NOORDWIJK AAN ZEE, The Netherlands—The negotiating panels of the Government of the Republic of the Philippines (GRP) and the National Democratic Front of the Philippines (NDFP) have ended a tensed day of threats, accusations and counter-accusations by agreeing to continue their informal negotiations tomorrow, May 28, at nine o’clock in the morning (3 pm Philippine time) as part of their ongoing efforts to save the fifth round of formal peace talks.

The parties met at 6:30 in the evening (12:30 am Philippine time) for the NDFP to submit a written reply to the GRP’s statement it would not participate in the fifth round of talks unless the Communist Party of the Philippines rescinds its earlier order to the New People’s Army to further intensify its military operations against state forces.

The NDFP also said the GRP asked them to sign a bilateral ceasefire agreement for the fifth round to proceed.

Reacting to the NDFP’s written reply, GRP chief negotiator Silvestre Bello III said the NDFP reply is “worth looking into.”

Both the NDFP and the GRP refused to divulge the contents of the reply, however, saying they have mutually agreed to keep the current informal negotiations between themselves.

Their early evening discussion was attended by the Third Party Facilitator, the Royal Norwegian Government.

The GRP and the NDFP are still trying to save what appeared earlier in the day to be an imminent cancellation of the round, sources from both parties said.

Bello and NDFP counterpart Fidel Agcaoili were seen holding backchannel talks in between panel-to-panel discussions in apparent efforts to save the formal round.

Earlier, Agcaoili said it is the third consecutive round the GRP presented conditionalities before the peace negotiations formally opened.

The GRP has been consistently asking the NDFP for a bilateral ceasefire agreement since the third round in Rome last January, to which the NDFP repeatedly replied is only possible after socio-economic reforms as well as political and constitutional reforms agreements have already been signed and implemented in accordance with The Hague Joint Declaration of September 1, 1992.

Both parties said the fifth round is still possible.

Panels working to salvage 5th round

GRP to NDFP: ‘We will not proceed to participate, unless…’