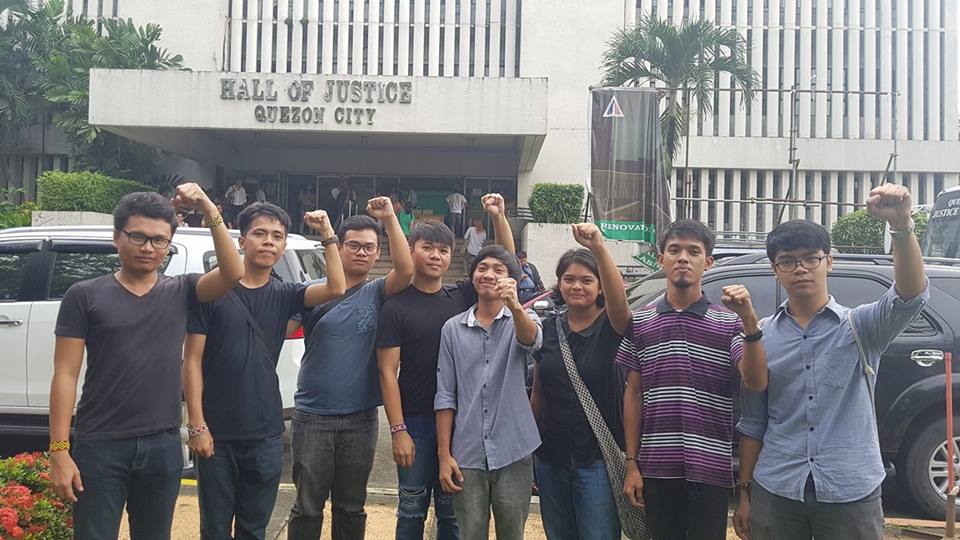 MANILA – A Quezon City court has cleared all charges against the eight youth activists who were arrested and detained for protesting during the July 22 special joint session of the House of Representatives to vote on the extension of martial law in Mindanao.

In their arraignment on Oct. 2, QC Metropolitan Trial Court Judge Don Ace Mariano Alagar of Branch 43 dropped the case of disturbance of legislative proceedings, in a show of “compassion” and recognition of the youth’s idealism and stand against martial law. The judge instead meted a fine of P200 ($4) for each of the eight. 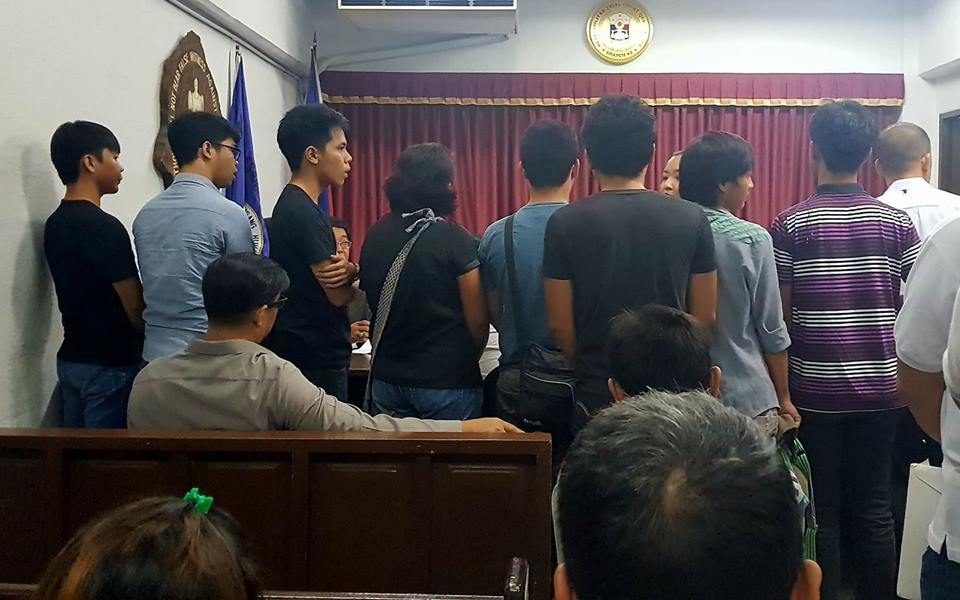 They were detained from July 22 to 25, and were released after posting bail, a day after President Duterte’s State of the Nation Address on July 24.

The eight youths were jubilant over what they called a victory against repression, but said the struggle is from over.

In his Facebook post, Booc said state fascism continues. “Pinaghaharass ngayon ang mga kabataang aktibista sa kalunsuran, pinapasara ang mga publikasyon at unti-unting kinikitil ang karapatang mag-organisa at magpahayag.” (Youth activists here in the city are being harassed, publications are being closed and the right to organize and expression is deliberately being suppressed.) 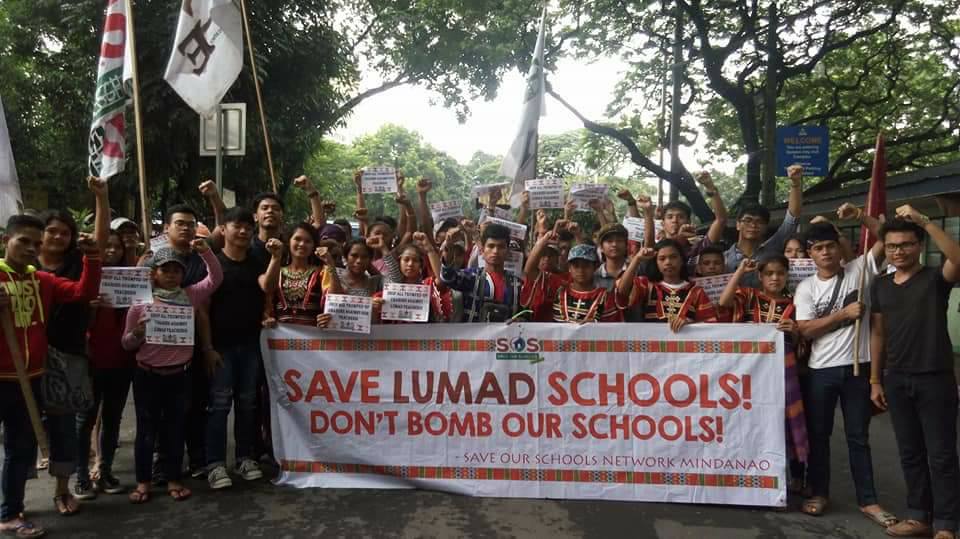 In the countryside, he said militarization continues, communities were bombed, soldiers encamped in their schools and teachers and students were being forced to surrender based on false criminal charges.

They also expressed gratitude to those who supported their cause.

Rosos, in a Facebook video, said in Filipino: “If the state thinks it can sow fear among the youth by arresting dissenters, it is mistaken. We never stopped. We will continue to fight.”