MANILA — Churchworkers from Rural Missionaries of the Philippines sent an appeal for support and demands for the immediate freedom of one of their fieldworkers and five of his fellow indigenous Banwaon. They were reportedly taken at gunpoint yesterday by military personnel following an entire morning of house-to-house forced entry and searches in their community. 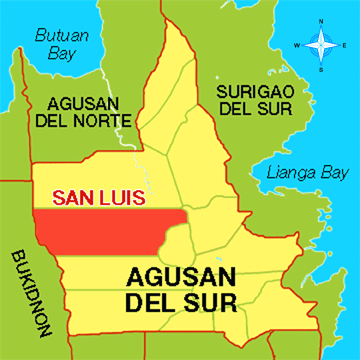 The soldiers allegedly planted firearms and hand grenades in some houses and forcibly brought to the barangay court some of the villagers, including the RMP-NMR fieldworker, Julito Rivera Otacan.

The armed state forces prowled the community while some were conducting the “arrest.” Fano shared reports that the community members encircled the covered court in hopes that by doing that they could ensure the safety of their fellow Banwaons. They were barred by the armed troops from going near the “arrested” villagers including RMP-NMR field worker Otacan.

A Banwaon fondly called as Kuya Julito by other church workers, Otacan is responsible for bringing the RMP-NMR services and programs to the communities of Banwaon in Brgy Balit, where he also lives.

Maridel Fano, project manager of RMP-NMR’s project dubbed as ‘Protecting and Promoting Indigenous Human Rights in the Philippines,’ an EU-supported project, told Bulatlat Otacan’s work is crucial for the project to take hold and help to educate the Lumad communities on their rights.

Fano said they depend on Otacan to link the church and its support projects to the rural poor in his village. Otacan, in his work on the project, has been going around the Banwaon communities in Agusan del Sur, to organize and facilitate the training of community members in their capacity as Human Rights Defenders (HRDs). Under martial law, the RMP-NMR noted that the attacks against HRDs have intensified, with community organizers and legitimate community meetings under surveillance by state forces.

Since the declaration of Martial Law in Mindanao, RMP-NMR received reports that military personnel have also been dropping by at Otacan’s house and constantly looking for him.

Otacan is also an indigenous leader. He is a council member of Tagdumahan, the Lumad municipal organization in San Luis. Theirs is a farming community of indigenous people who are defending their land from intruding landgrabbers. But in the process, their community is reportedly becoming subject to military and para-military surveillance and harassment.

As of this writing, Otacan and three fellow Banwaon are in San Luis municipal jail. The fifth Banwaon was forcibly taken by the military to the military camp, said the RMP-NMR. No charges have yet been reported as filed against the “arrested” Banwaon.

Agusan del Sur is one of the poorest provinces in the Philippines, with a recorded poverty incidence of 70 percent according to government data. It is agricultural but many of the people here are considered “below food threshold.” The province produces and sells rice and coconut, and it is increasingly expanding oil palm and banana plantations. It is also rich in mineral resources such as gold, copper and silver.