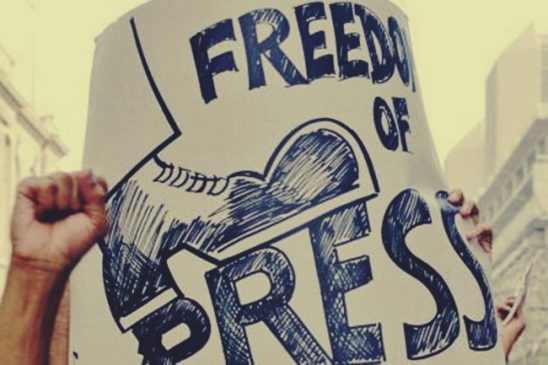 “Who is next, Mr. President? ABS-CBN? The community journalists tagged as communists? The artists who expose your bloody drug war?”

MANILA – Journalists and artists criticized the Securities and Exchange Commission’s (SEC) revocation of the registration of Rappler, an online media outfit.

In a decision dated January 11, the SEC en banc said Rappler is “liable for violating the constitutional and statutory Foreign Equity Restriction in Mass Media.”

The National Union of Journalists of the Philippines (NUJP), Let’s Organize for Democracy and Integrity (LODI) Arts and Media Alliance and the Foreign Correspondents Association of the Philippines deemed the move as an attack to press freedom.

LODI views the SEC’s action “as the logical next step to the DDS-initiated harassments, death and rape threats, and trolling against Rappler, its editors and staff.”

“The threats come from the President himself who, like any garden-variety tyrant, is allergic to journalists who don’t follow or, worse, question his chosen narrative,” LODI said.

In the same vein, the NUJP noted the SEC’s action “was but one of many threats Duterte has made against media critical of him and his governance.

On April 27, 2017, President Rodrigo Duterte said he would block the renewal of ABS-CBN’s franchise, which expires in 2020. He also castigated the Philippine Daily Inquirer for issuing editorials critical of his administation.”

“Who is next, Mr. President? ABS-CBN? The community journalists tagged as communists? The artists who expose your bloody drug war?” LODI asked.

FOCAP said the SEC’s decision, which is tantamount to killing the online news site, sends a chilling effect to media organizations in the country.

LODI pointed out that the law guarantees the rights of journalists and the public to freely report on and about government and President Rodrigo Duterte has the lawful obligation to protect journalists and artists who are citizens too.

“We call on our colleagues in the arts and media communities to expose and thwart any threat or act from the fascist Duterte regime to scare and terrorize us from defending democracy and promoting integrity. We must jealously guard what remains of our precious freedoms,” LODI said.