“Several campus publications and student journalists across the country have been subjected to various forms of harassment, red-tagging and military surveillance.” 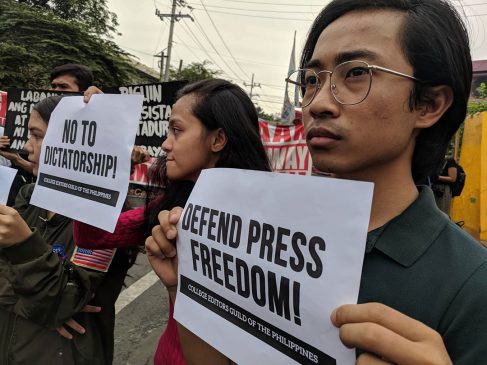 MANILA — Student journalists under the banner of the College Editors Guild of the Philippines (CEGP) held a protest action today, Jan. 17, condemning what they called as state-perpetuated violence and repression of press freedom and other democratic rights.

The CEGP criticized not only the gag order against Rappler but also the threats made by President Rodrigo Duterte against the Philippine Daily Inquirer and ABS-CBN. 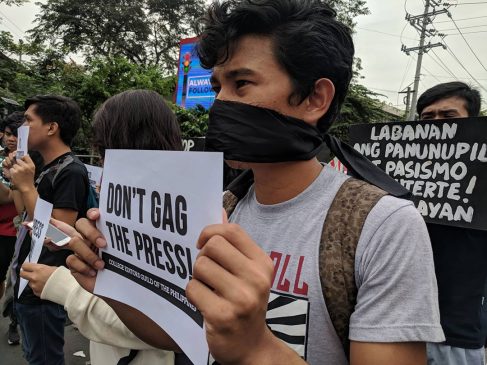 The CEGP said student publications are also targeted by the fascist regime. “Several campus publications and student journalists across the country have been subjected to various forms of harassment, red-tagging and military surveillance,” the group said.

In September 2017, the editors and staff of a student publication in Camarines Sur received a message from the military, saying that the student journalists are included in the watch list of Duterte’s counterinsurgency program Oplan Kapayapaan. 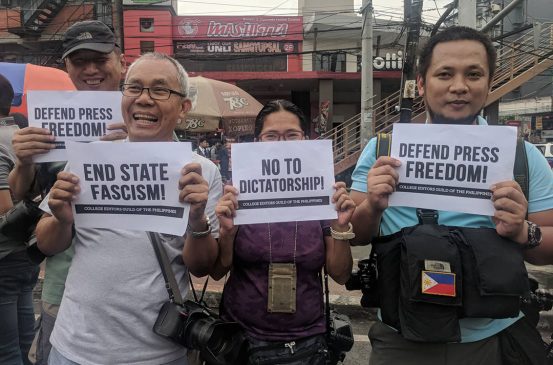 In a statement, the media and artists alliance, Let’s Organize for Democracy and Integrity, said, “The Duterte regime aims to silence the press and clamp down of citizens’ right to free expression as prelude for an indefinite period of one-man rule. That is what the whole governance pivot aims for.”